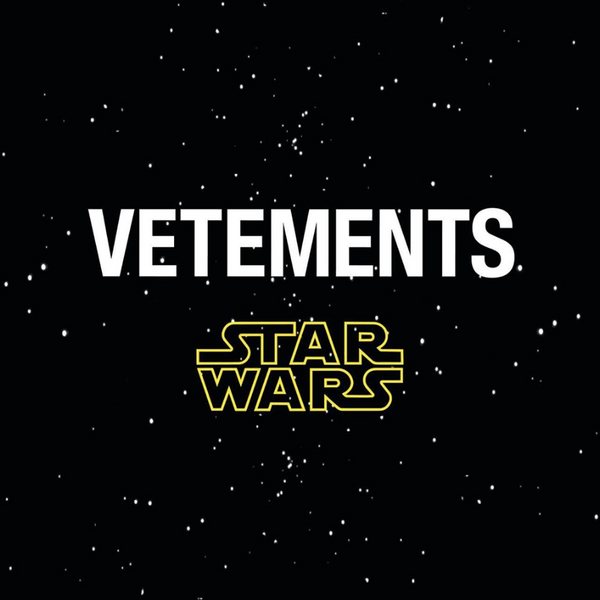 Since bursting onto the scene in 2014, Vetements has been defined by its sardonic, meta-referential designs riffing on emblematic items of mass culture and production. So, honestly, it was only a matter of time before Disney entered the equation — though we didn't necessarily expect it to be via their Star Wars franchise.

That's right, as WWD reports, the cheeky, kitsch-loving brand — who've previously worked with everyone from DHL to Hanes — is now taking their love of an oft-derided pop cultural staple to the next extreme with a 44-piece capsule collection inspired by the franchise.

Set to debut at Moscow's TSUM later this week and online via SSENSE shortly after, the collection is being released in tandem with the December 16 premiere of Star Wars' latest flick, The Rise of Skywalker. And while there's not a ton of info on specific designs, Vetements says the collab will include everything "from socks, caps, and backpacks to evening gowns and high heels."

Supposedly inspired by "the most iconic Vetements pieces and the Star Wars legacy," there's a lot of room for interpretation with this one. But, needless to say, we're kind of hoping there's a Baby Yoda evening gown in the mix.