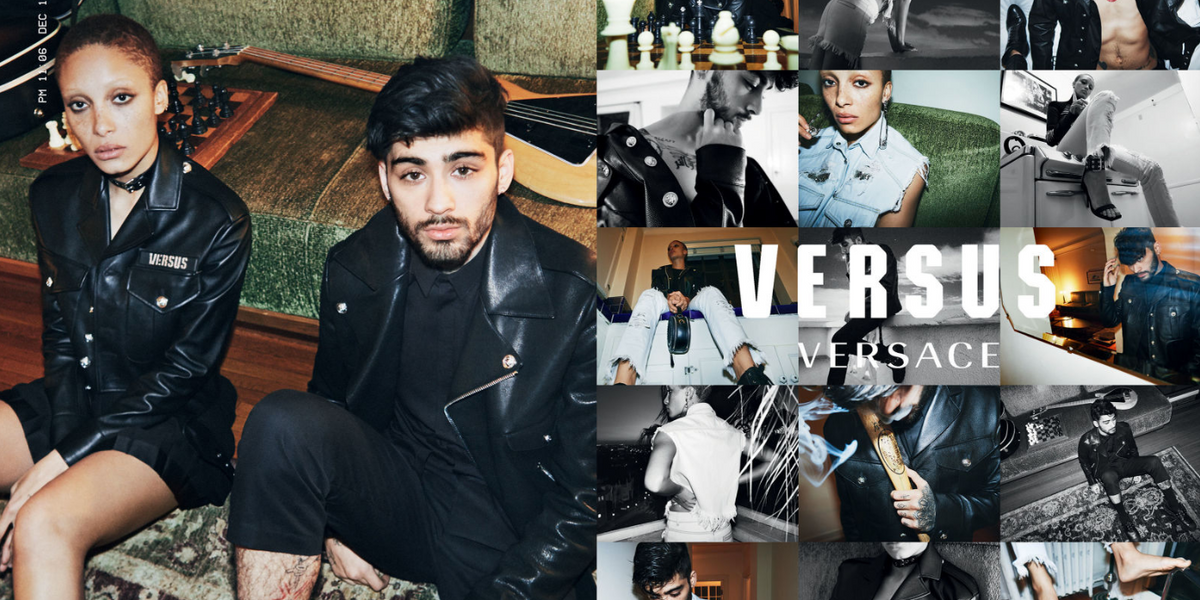 It seems that models behind the lens is the new ~thing~ these days (cc Kendall Jenner) and these latest images shot by Gigi Hadid of superstar boyfriend Zayn Malik and fellow model Adwoa Aboah for Versace prove it tenfold. Hey, get you a girl who can do both.

The brand's campaign starring the famous duo was released today, with Zayn and Adwoa dressed in Versus denim and leathers posing with electric guitars in a very rock'n'roll-esque apartment in a harsh flash.

This is just the beginning of a Versus collaboration for Malik, who is on board as a designer for both and womenswear collections which are slated for a June release. Malik described Gigi's photography debut as "extra special" while Donatella Versace the decision behind recruiting the young couple was to showcase their "love."

"They are young people who define the mood of their generation with their honesty, energy and their love," she said.