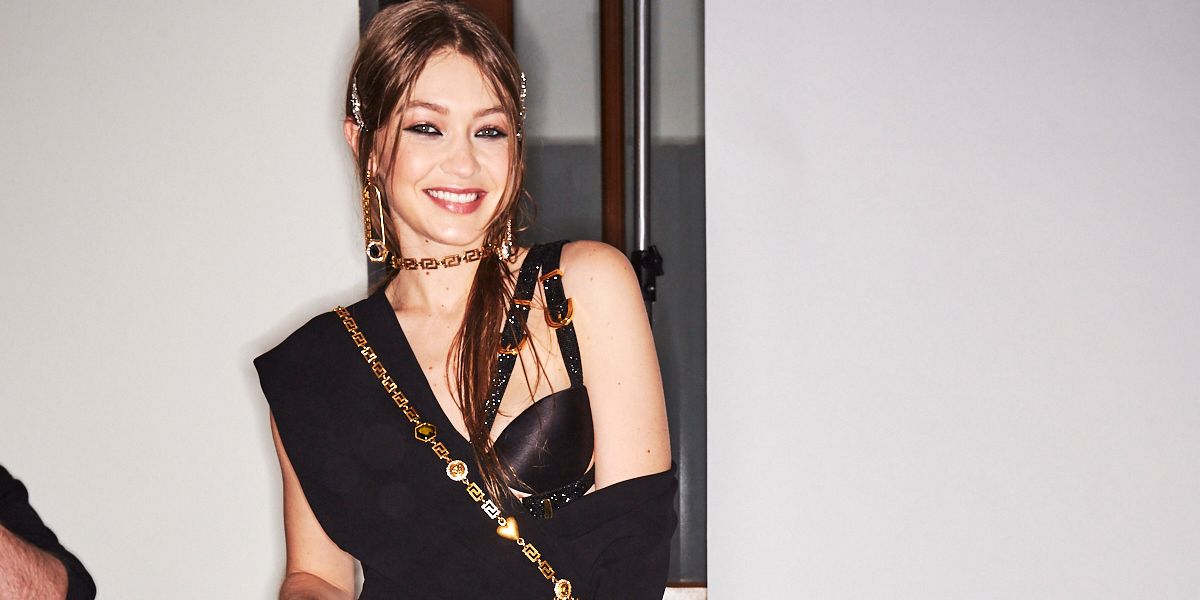 In Milan, Donatella Versace presented one of her most epic and surprising collections yet. Along with references to her heritage Versace style (the invite was a branded box of safety pins, and the set had a massive gold safety pin on the runway, if that's any hint), there was a new glamorous take on grunge. The soundtrack was on ode to Kurt Cobain and Courtney Love, and plaids, neons and t-shirts were shown next to the glam dresses by which we know the label best. Here's everything else you need to know about the show.

Neon hues in every shade of the rainbow came through in flashes throughout the collection. Highlighter green dresses, vivid yellow tights, pink turtlenecks that were so bright they were nearly blinding: they all become newly admitted archives of the cool Versace world.

On that note, bondage was one of the biggest themes of the collection. Toward the end, a slew of top models (Stephanie Seymour, Gigi Hadid, Kendall Jenner, Bella Hadid, Kaia Gerber) all wore sexy, bondage-like dresses. Considering the show theme was all about grunge, it makes sense that Versace would draw from its fall 1992 Miss S&M collection for these very similar silhouettes.

Wildly colored coats in contrasting fabrics and palettes were presented as next season's answer to the great winter chill. Awkward-in-the-best-possible-way prints clashed as odd combinations (like a cantaloupe hued coat worn with orange bondage and green pants) dominated.

The styling in this show was really special and inspiring. We saw many kinds of layering – like tank tops worn over open button-down tops and tunics – that felt completely new. A lot of the mixed prints in the collection were a big part of the styling feeling so new, too.