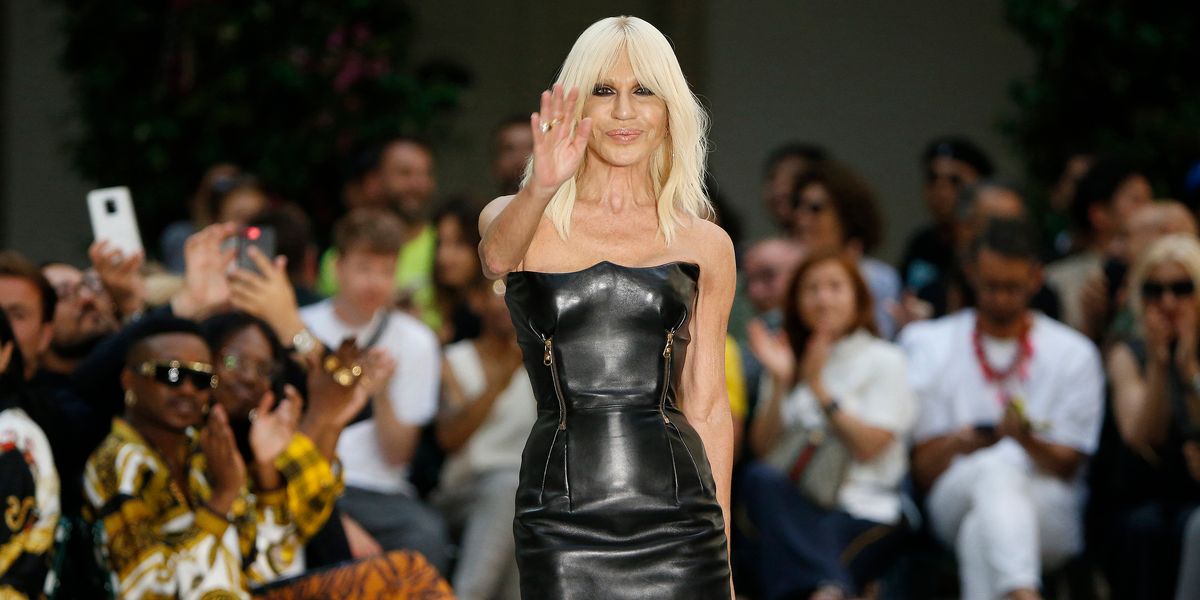 Don't stress too much: Donatella is staying around, and will work closely with Michael Kors CEO John Idol. "It has been more than 20 years since I took over the company along with my brother Santo and daughter Allegra," the veteran designer, who took over the label when her brother Gianni died in 1997, said in a media statement.

"I am proud that Versace remains very strong in both fashion and modern culture. Versace is not only synonymous with its iconic and unmistakable style, but with being inclusive and embracing of diversity, as well as empowering people to express themselves. Santo, Allegra and I recognize that this next step will allow Versace to reach its full potential."

Idol has big plans for Versace, including increasing yearly revenue to $2 billion, adding an extra 100 retail stores, and putting a renewed emphasis on e-commerce. "The acquisition of Versace is an important milestone for our group," he said.

"Versace was founded in 1978. For over 40 years, Versace has represented the epitome of Italian fashion luxury, a testament to the brand's timeless heritage."

According to WWD, Michael Kors wasn't the only company interested in buying Versace, but it appears that its vision for the future was the one to win over the the fiercely family-run label.