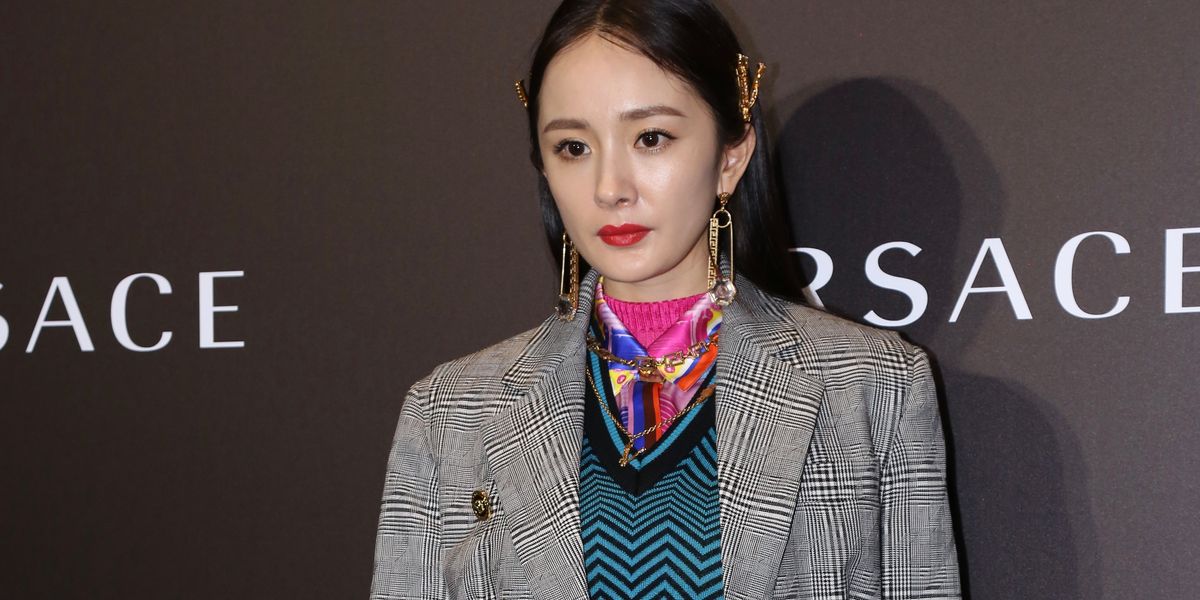 The latest controversy in the world of fashion has cost luxury brand Versace its brand ambassador in China. Actress Yang Mi said she will be ending her cooperation with the label after photos surfaced online of a Versace T-shirt design that people deem defiant of the "One China" policy.

The T-shirt in question is innocent-looking, but upon closer inspection people have criticized that it seems to suggest that Hong Kong and Macau — both of which are special administrative regions of China — are their own countries. This is something that the country's leadership and nationalist social-media groups are extremely sensitive about, especially at a time when citizens of Hong Kong have been taking to the streets to rally and protest to voice their dissatisfaction with China's control.

Per a statement posted Sunday on the official Weibo account of Jiaxing Xingguang, the actress's studio, Yang said Versace has harmed China's sovereign and territorial integrity.

Versace has since issued an apology on Weibo, and according to Quartz, the company has "stopped selling the shirt, and destroyed all of the ones it hadn't sold." Translated from Chinese, the statement reads, “In recent days Versace has seen widespread discussion of one of our t-shirts. We would like to express our deepest apologies for this incident. Our design incorrectly labeled the country names for some cities…This is our company's mistake and we express our deepest apologies for any harm it may have caused. Versace affirms that we love China and resolutely respect the sovereignty of its territory."

Versace isn't the first major brand to feel the need to apologize to China, likely for fear of loosing the Chinese market at large. Other companies that had to issue apologies this year (because some of them were reportedly forced to) include Zara, Gap, Marriott, Delta, and McDonald's.