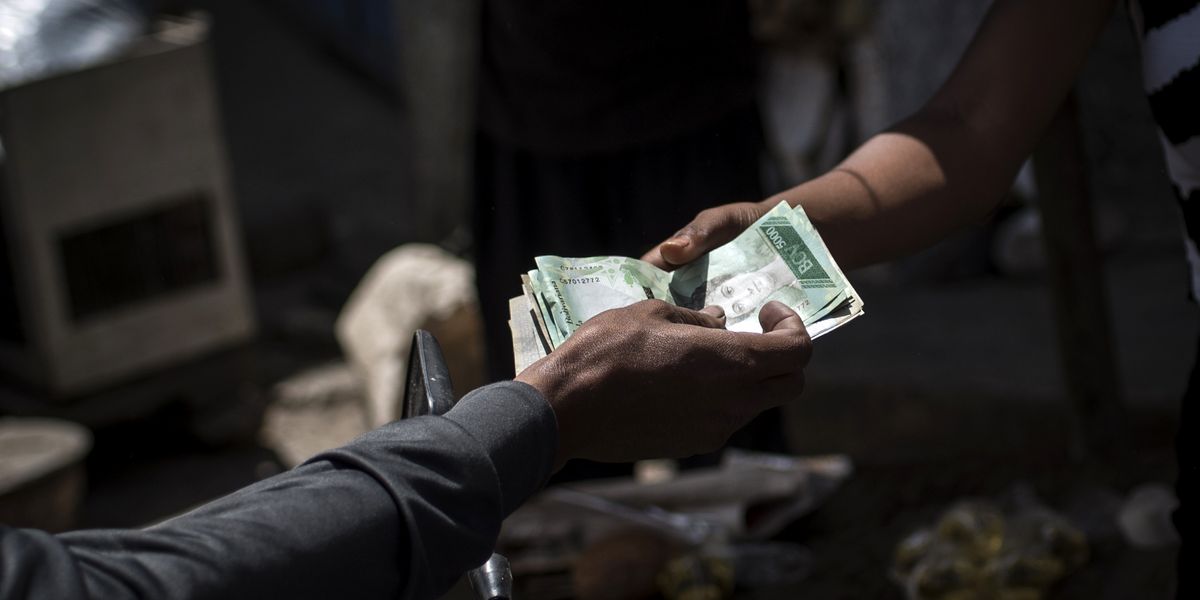 In Venezuela, Women Are Selling Their Hair to Survive

Amidst the sharp economic slowdown sweeping the Venezuelan economy, women living in the country are now resorting to selling their hair in order to make enough money to survive. An Associated Press report sheds light to a number of young girls living in poor neighborhoods of Venezuela, who are chopping off and selling their hair to be used in hair and extensions for as little as $100.

With average monthly incomes down to often $3, girls then use the money for expenses including food, medicine, and phone bills. Although in most circumstances, the decision stems out of need over comfort, there are many women who find it easier to maintain shorter hair in a time when they often have to wash their hair with dish liquid. Frequent water and electricity shortages have only made the situation more dire. "There are times when you go two or three weeks without washing your hair," one woman told AP.

In a country that produced multiple Miss Universe and Miss World winners, beauty plays an integral part of the culture. As such, many young girls grow up dreaming of holding that crown for themselves one day.

In the current crisis, as buying cosmetics and personal care products seems impossible, there are those who save up for months just to be able to afford a single lipstick.

Carmen Merhcani, a hairdresser the outlet spoke to, said that maintaining her salon has been tougher than ever, and she has now resorted to "barter deals with clients, getting food" in exchange for hair styling, manicures and pedicures.

Additionally, with nearly no customers, local beauty stores are now selling cheaper makeup and cosmetics from China and those locally produced using ingredients such as honey.

Dubbed as the world's "worst performing economy," the financial slowdown started back in 2008, and the country has since struggled to find any form of stability as the humanitarian crisis escalates. With little to no access to food, medicines, and social services, more than 82 percent of the current population lives in poverty. The crisis is said to have led to the largest displacement in Latin American history and over three million citizens have chosen to escape to neighboring countries for food and basic supplies. Those with little to no resources, often sleep on the streets and the parks.

To learn more about the crisis or to donate to those in need, click here.