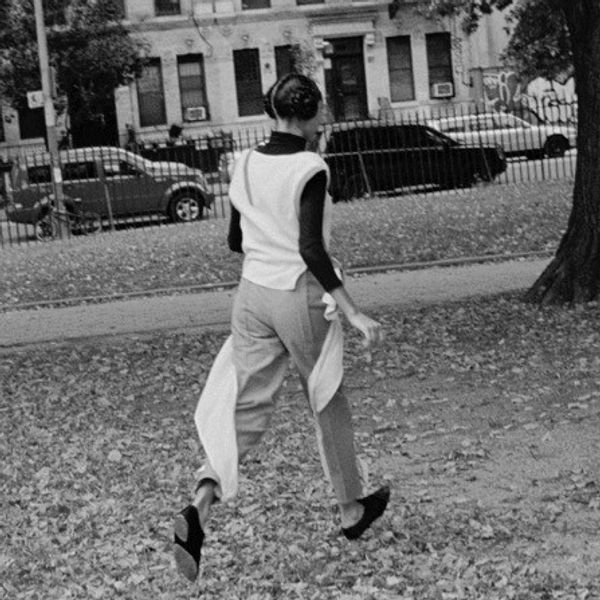 They say every look tells a story, but what happens when a story is the basis for a look? It is this question that serves as the jumping off point for Canadian designer Vejas Kruszewski's latest project, Character Studies. Featuring four writers picked by Kruszewski himself, each was tasked with the creation of a small vignette focusing on an imagined person that could then be used as Vejas' muse.

Related | Could Toronto Become Fashion's Next 'It City?'

The end result, Character Studies, is a new zine featuring the original texts alongside photographs portraying the fictional personas costumed by Kruszewki. Released in collaboration with Canadian luxury retailer/digital publication, SSENSE, the zine brings together Vejas' forward-facing, ultra-chic silhouettes with their enigmatic prose inspirations in a way that feels like a moodboard-meets-high-concept editorial with just a tinge of cinematic ennui.

"The premise of creating Character Studies was to imbue clothing with the emotional significance of an imagined life. Inspired by the process of creating costumes for a film, four writers were commissioned to each create a character, I created the wardrobe for the character, and then together brought the character to life within an image," explains Kruszewski. "The choice to collaborate with SSENSE came naturally given its mission as a fashion platform that is not only a cultural arbiter, but a cultural agitator."

Released in collaboration with SSENSE MONTRÉAL, the zine will launch Thursday February 7 at 7pm with a live reading and conversation hosted by Kruszewski and SSENSE Deputy Editor, Durga Chew-Bose. Characters Studies will be exclusively available at SSENSE MONTRÉAL for $25 CAD as a part of a limited print run.

Photos courtesy of Vejas and SSENSE

Tilda Swinton Is All Dressed Up and Nowhere to Go