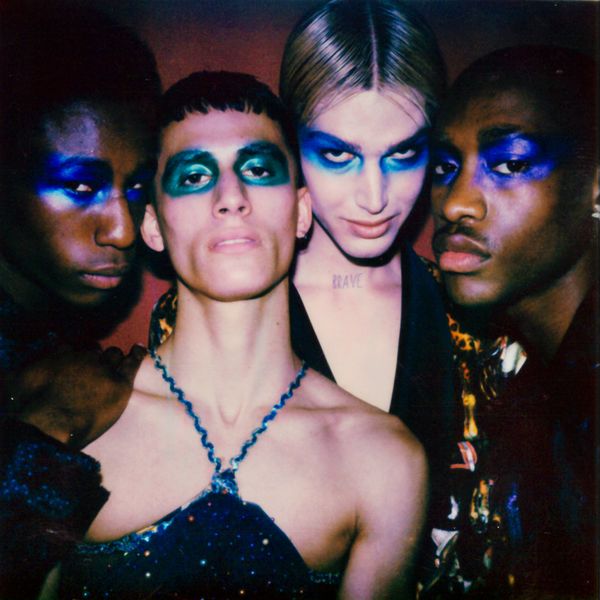 Several things inspire New York-based designer Vasilis Loizides to create his genderfluid, maximalist clothes. For one, there's the rich history of his native Cyprus, where the mythology of goddesses and monsters alike provide abundant insight on the big themes of life: love, tragedy and, most importantly, beauty.

This pursuit of beauty could seem frivolous to some, but for Loizides it's a necessary means for escapism. After pivoting from his initial ambition of becoming a lawyer or a historian, the designer enrolled in the Cypriot army and confirmed that the solace he found in fashion was indeed a life calling. "After that, I went to Parsons still not being fully committed to a fashion career, but then things became obvious to me," he says. "This is what I wanted to do."

Since putting out a series of collections that feature his signature soft tailoring, intricate draping, rich satin wraps, boned corsets, and voluminous sleeves, Loizides has hit his stride creatively. His work embraces the ancient history of his upbringing with baroque touches, while also embracing the future.

For his fall 2019 collection at NYFW — the designer's fifth ever —Loizides thought about performance and the roles we act out in our everyday lives. "I wanted to use retro circus aesthetics to portray this whole philosophy," he says.
I created some characters from there: the performer, the viewer, and the animal all interacting with each other. I definitely wanted this collection to be a little more mysterious and seductive than previous ones. Always under the light of the brand's aesthetics."

"I wanted to use retro circus aesthetics [...] I created characters from there: the performer, the viewer, and the animal all interacting with each other."

As for the extravagant expression that's become his trademark, the designer says his design philosophy is "the opposite of utilitarian" adding, "I like my designs to be pleasing for the viewer, in a large maximalist sense. I would say for me great design is one that offers an escape — one that allows you to enact a role while engaging with the object."