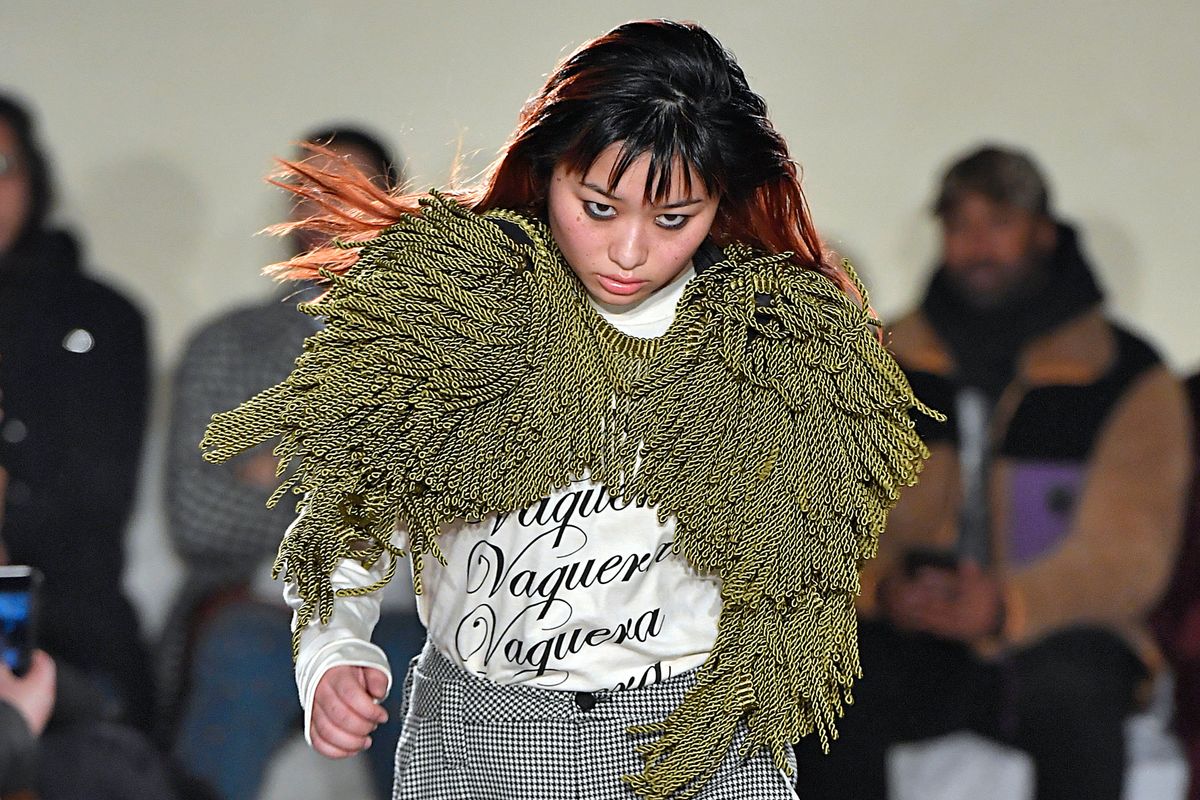 In case you need further proof that moody catwalks make for great memes, the internet is currently obsessed with one Vaquera model's bratty runway stomp — and for good reason.

Much like that Margiela model's aggressive walk, a recently resurfaced clip from Vaquera's Fall 2019 ready-to-wear show has gone viral thanks to the model's angsty, overdramatic runway, which gives off some intense "Ugh, MOM" energy.

But how did the memery even start? Well, for that you can thank the ever-popular "Bomboclaat" prompt, which was posted by one now-suspended Twitter user alongside the video earlier this month.

That said, in addition to a number of replies to the original tweet, several other posts utilizing the same video have also gone viral in the past week — though they all seem to involve complaints about being hangry, mad at your mom, or a combination of both.

Not like we're complaining though. Check out a few of our favorite responses, below.

How invigilators be walking up to you when you put your hand up in the exam https://t.co/LzulB7LND1

Walking out to get my postmates pic.twitter.com/3EGP6mmkae