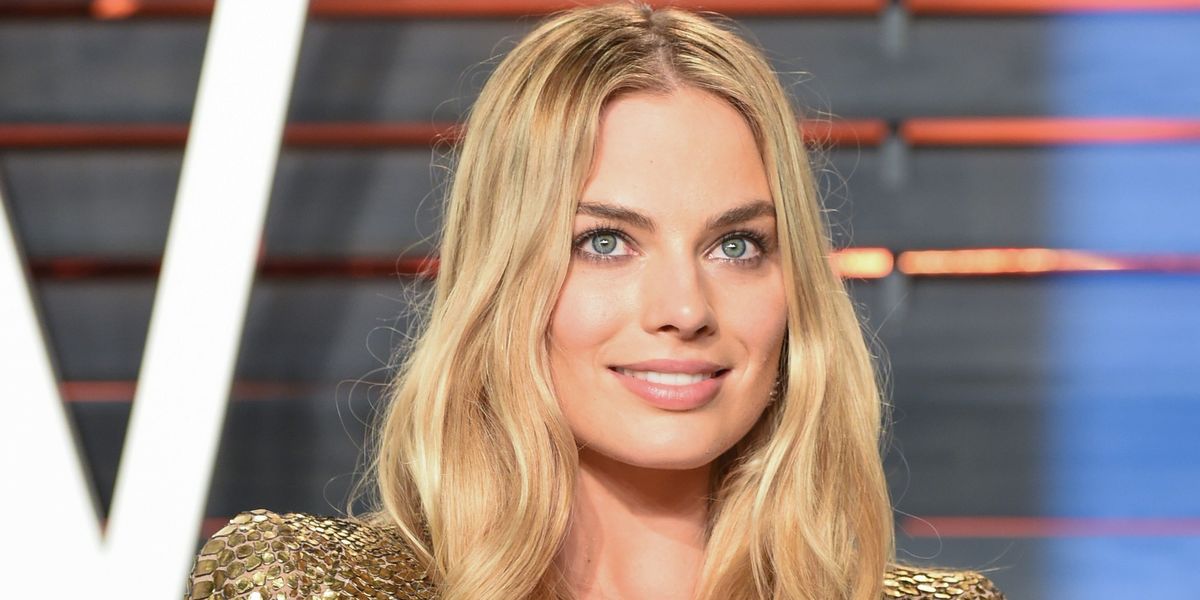 A drooling, one-dimensional piece, it's yet another example of the disappointing way coverage of female celebrities is typically handled. Because after reading, you're left knowing that the only offered takeaway is that this woman is attractive, and also a woman, and attractive. And the author, longtime VF contributor Rich Cohen, follows this flimsy model for much of the profile, quoting Robbie a total of 16 times in an almost 4000 word piece -- which pretty much leaves the reader wondering if Robbie is a person or a literal projection screen promoting a forthcoming summer blockbuster (in this case, Tarzan).

Here's the opening, which is female objectification at its finest.

America is so far gone, we have to go to Australia to find a girl next door. In case you've missed it, her name is Margot Robbie. She is 26 and beautiful, not in that otherworldly, catwalk way but in a minor knock-around key, a blue mood, a slow dance. She is blonde but dark at the roots. She is tall but only with the help of certain shoes. She can be sexy and composed even while naked but only in character. As I said, she is from Australia. To understand her, you should think about what that means. Australia is America 50 years ago, sunny and slow, a throwback, which is why you go there for throwback people. They still live and die with the plot turns of soap operas in Melbourne and Perth, still dwell in a single mass market in Adelaide and Sydney. In the morning, they watch Australia's Today show. In other words, it's just like America, only different. When everyone here is awake, everyone there is asleep, which makes it a perfect perch from which to study our customs, habits, accents.

There are exactly three non-physical descriptors of Robbie in this paragraph, one of which is her age.

The other two? She is a girl. And is from Australia.

Because Robbie is new on the scene, reporters are trying to fix her with a narrative. The job of the celebrity journalist: peg 'em so it's not only as if you know 'em but always have known 'em or someone just like 'em. But Robbie is too fresh to be pegged. Less being than becoming.

What's even funnier is the assertion that everyone else is trying to assign some sort of narrative to her, but not Cohen! To know 'em, you have to get 'em or someone just like 'em. Or maybe someone else entirely. Like the swimmer Michael Phelps.

Because weirdly, almost 10% of the piece is dedicated to a long, extended aside about Phelps and the late Tarzan producer Jerry Weintraub, who is yet another man taking up a strange amount of real estate in her profile. Did you know Phelps was once considered for the role of Tarzan until Weintraub saw him on SNL? But what does Margot Robbie think about that? We don't need to know!

What we do need to know, is that Robbie crosses rooms with the confidence of a "second-semester freshman, finally at ease with the system."

did he blackout and not remember anything from the interview. idgi pic.twitter.com/W27PJndcTV
— Allie Jones (@allierileyjones) July 6, 2016

You also need to know where Australia is located in the world.

And for those of you without an atlas, Cohen later takes us on an uncharted trip to Bonertown...as he quizzes Robbie about sex scenes.

I asked Robbie about the sex scenes. In Wolf, she partakes in some of the most graphic on-screen shenanigans I've ever seen, famously short-skirted in one scene, pushing a crawling DiCaprio away with the toe of her designer shoe, saying, "Mommy is just so sick and tired of wearing panties.""In that first low-budget film I did in Australia, I had a shower scene," she told me. "So I was practically naked there as well, but it wasn't anywhere as much as in Wolf, but it was still . . ."She paused a moment, then went on."Actually, I hadn't done a proper sex scene before. I'd done scenes where it's leading into sex or sex has just finished, but I hadn't done a start-to-finish sex scene like I did in Wolf. That was my first.""Is there any way to prepare?""No. Tons of people are watching you.""Were you worried you were not going to be able to do it?""There isn't an option. It's just like, This is what you need to do—get on with it. The sooner you do it, the sooner you can stop doing it.""It just seems very awkward.""It's so awkward."We sat for a moment in silence. She was thinking of something; I was thinking of something else.

Which is somewhat disturbing, as he presumably gets paid lots of money by a prestigious publication to think of something more complex than jizz-encrusted Margot Robbie fan fiction.

Later, Cohen crosses himself and says a little prayer for Tarzan in all its "problematic" white savior "taboos." Will PC Twitter drag it to hell?

I would see the movie a few days later. It's fascinating. Here is a tale in which the very premise is problematic: a white baby is dropped into darkest Africa, the mysterious Congo, and, within a generation, is king. Years later, comfortably situated in aristocratic England, he must return to free African slaves. It's a setup that tacks hard into the wind of so many current taboos. There are moments when your heart is in your mouth and you whisper to yourself, Oh please, God, let them make it safely through the dark night of Twitter.

Because Robbie wouldn't deserve that. Robbie is too pure, too classy for this crass, problem-causing internet culture. Robbie is the second coming of Audrey Hepburn, after all.


I looked at Robbie in a new way, tried to see her as she must have looked to Jerry. An echo, a throwback. "A single word: Audrey Hepburn." From another place, another time. In her, Jerry may have seen a kind of lost purity, what we've given up for the excitement of a crass, freewheeling, sex-saturated culture.

The scariest bit? This isn't the first time Cohen's got paid to do this, as he's also the author of Vanity Fair's 2010 Angelina Jolie profile, "Angelina the Conquerer." Here's Cohen capturing Jolie's strong essence as a "big headed" Martian:

She sits in an antique chair and sighs. Her tattoos have been covered with makeup. You can see where they are by the powder, which looks like a burn. Her hair is pulled back, her lips are full, her eyes huge and alien, her head alien also, too big for her body, for her narrow shoulders and skinny waist—alien in that big-headed Martian way, proportions that Hollywood and conspiracy theorists use to denote species of a higher evolutionary order, whether of good or ill intent. Her back is red where the main phrase of her dominant tattoo is covered: "Know Your Rights," which, she says, comes from the Clash song. Covering these words seems symbolic, but I'm not sure how, or of what.

Moral of the story? Hire more female writers so your big-budget cover stories feel less like they were written by your dad's leering business associate.