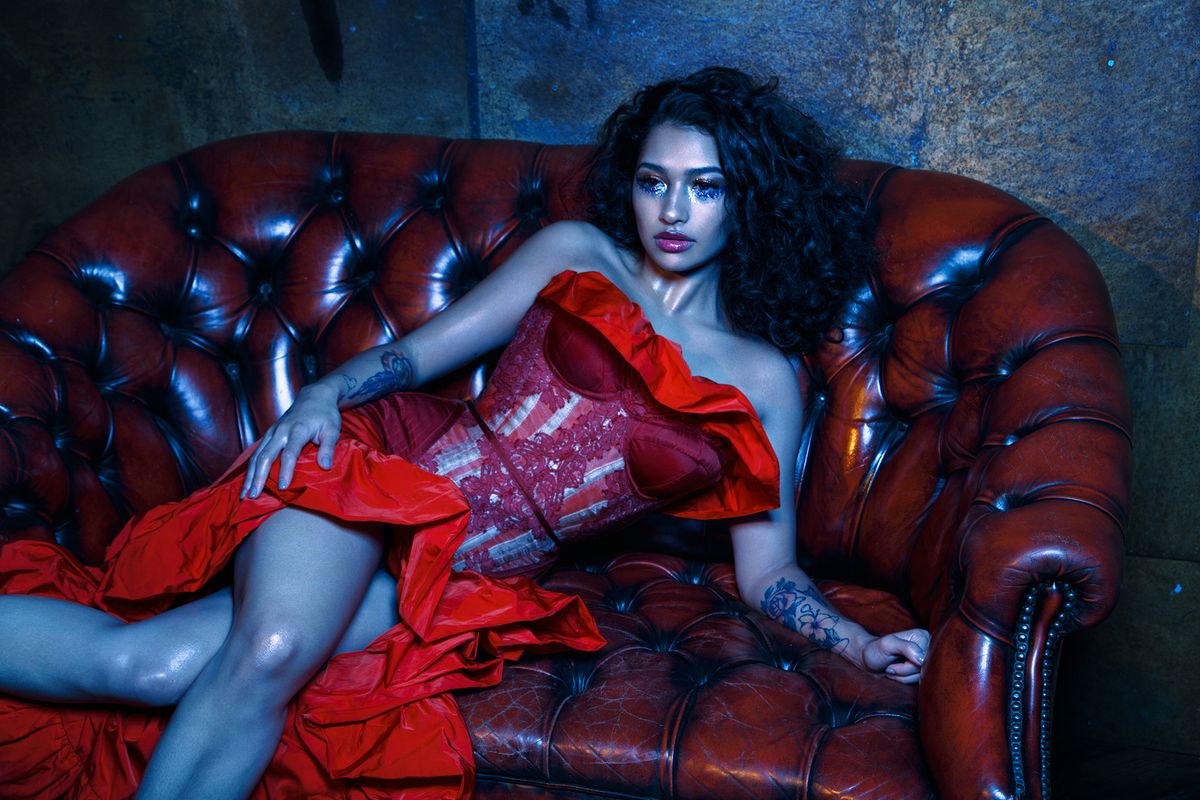 Vanessa White Wants to be the Soundtrack to Your Sex

Vanessa White knows sex. Sure, the Scorpio also knows sex sells, but that's not why she writes songs about it. Vanessa sings sex because she knows there's nothing messier or more magical to make music about.

Considering so many others before her failed to make the jump without falling flat, the British singer's seamless glide from girl band The Saturdays' PG-rated pop to raunchy RnB is something to write home about. With a new EP out this month that bangs like you wouldn't believe, White is slated to be the next Kehlani. In fact her latest single, Good Good, alone proves White's capability to spearhead a full-female RnB takeover.

We caught up with the British songstress to talk star signs, sexuality and why no one, especially not Ty Dolla $ign, should be sleeping on her.

October 30 yeah! Which is the worst because you always have to compete with Halloween.
It's so annoying I hate it. For the past two years my friend has had a Halloween party and all my friends go to it, so I know I have to go because no one will go to mine.

You've said in the past how much being a scorpio influences your music and I can definitely relate to scorpios being the most intense, psycho sign ever.
We are, aren't we? I think so. I mean I think it's the best sign but how annoying is it when you tell people you're a scorpio and they go "ooh you've got a sting in your tail don't you?" It's like yes I've got a fucking sting in my tail if you are rude, if you are evil to me. I don't think we're nearly as bad as everyone makes out.

I think everyone just thinks we're hyper-sexual.
Well I think it's the sexiest sign. People want to be a scorpio.

Well that's why I found it interesting reading that you were nervous about channelling your sexuality into your music, especially given the genre you operate in – sex is such a fundamental part of RnB. So why the trepidation?
Well, I came from a girl band which was very much pop and very different to this, but I've always been such an RnB fan. So I guess for me, it wasn't even necessarily the music, I wanted to say what I couldn't say before?

Right, the shackles were off.
Yeah! I was like fuck this I am such a sexual person anyway.

What does that kind of foundation does a girl group, like The Saturdays, give you as a solo artist? Rather than starting from scratch alone in the music industry?
I guess none, because the kind of things that I'm doing is so different I can't really take anything from that. I'm grateful for it, you do learn a lot of things but I'm happy to start again.

How difficult was that transition?
You know what? It was hard, but it also wasn't. It was hard but also fun because I was still in the studio figuring out what I wanted to do.

I feel like your voice fits with the genre so perfectly.
That's the thing with my music, I think I really love it but I'm like "am I going crazy?"

It's all anyone's listening to as well. You know, the 70s had disco, we have hip-hop and RnB.
I love that. I agree. I'm obsessed with Ty Dolla $ign and Anderson Paak. I would love to work with them. I'm putting it out there to the universe. Syd, from The Internet and Kehlani. That's literally who I'm listening to. That's literally it.

I feel like we aren't seeing a whole lot of women coming through RnB right now either, not like the late 90s, early 2000s you know when it felt like an even split. I feel like we're on the precipice of a resurgence.
I definitely feel that. It's something that I feel so strongly about, it's the music I love listening to and because of that I know that there's definitely space. So I'm going to make music that I love listening to and hopefully others will like it to.