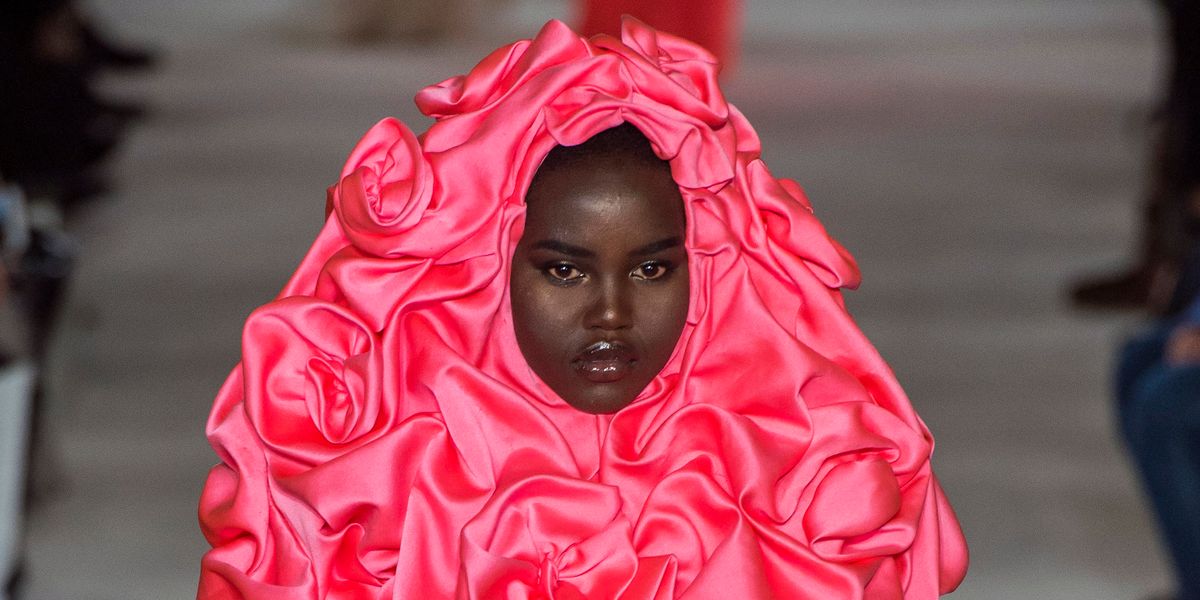 Here's Why Everyone Cried at Valentino

Earlier this month, the Council of Fashion Designers of America (CFDA) released a report aiming to change the face of fashion through real diversity and inclusion initiatives. While infrastructure progress takes time, it appears that more fashion brands than ever before are really paying attention to the issue of representation, especially in places where said representation is less likely to be seen. (I.e. the runway, i.e. the boardroom, i.e. a couture show in Paris, no less).

In terms of racial diversity, according to The Fashion Spot, Paris, of European Fashion capitals London and Milan, had the lowest percentage of models of color on its runways as early as spring 2015, during which models of color accounted for a mere 15% of the those cast in shows. More recently, for its spring 2019 ready-to-wear shows, Paris seems to have gotten the real-life diversity memo; models of color comprised 32.4% of all runway castings, besting Milan, which currently has a 30% rating.

Needless to say, this context is super important in understanding why Valentino's spring 2019 couture show was so major, for its incorporation of 39 Black models in a gorgeous, jaw-dropping array of gowns and vibrant takes on power-dressing by the house's creative director Pierpaolo Piccioli.

And, yes, the always-stunning Naomi Campbell closed the show in a sheer black tiered number, because what is more legendary and paradigm shifting than having a model who paved the way for many a Black model in fashion, end a show that will most certainly go down in history?

Those who were there (including Celine Dion and Campbell) are crying and we are, too. As Susie Bubble writes on Instagram: the mostly Black casting was "not tokenistic. Not a sweeping all-Black gesture. This was a subversion of the norm, so that perhaps we can ALL see it as the new normal." A change is coming, indeed.

A selection of other looks from the Valentino spring 2019 couture runway, below.