Two of the night's most hard-partying patrons were the plus size-turned-small size sensation Crystal Renn and Australian top model Abby Lee Kershaw -- the prominent cat-walkers sipped Belvedere and danced for hours to the sounds of DJing V Mag cover stars Joan Smalls and Candice Swanepoel. We briefly moved and mused with Crystal and Abby about their costumes of choice, past Halloween outfits, and the all-important holiday's Dos and Don'ts.

What are your looks tonight, guys?

Crystal Renn: What am I for Halloween? I'm fabulous for Halloween! And as for the
unibrow (points to black line drawn across her brow), I'm known for my thick brows,
so I wanted to show them off.

What's better: Staying in and giving trick-or-treaters candy or a night on the
town?

ALK: We don't have Halloween in Australia! I've been in the states for 4 years, but usually I'm working in Europe during Halloween.

CR: For the most part, I'm never even in the country for Halloween, but this is a first for me, and how great to be spending it with V Magazine. No candy for the kiddies here!

Any costumes through the years that stand out in your head?

CR: I was a spider, of course. I was such a little goth kid.

Are you a fan of Halloween?

ALK: What's not to like? It's a day where you can look like a lunatic and everybody thinks it's normal. The only thing I don't like is that it gives a lot of people the idea that it's OK to dress like a slut. I think you have to be more interesting  -- so many people wear the same old shit. Thankfully, though, there's a lot of creative people here tonight -- I feel like I'm on an acid trip or something! 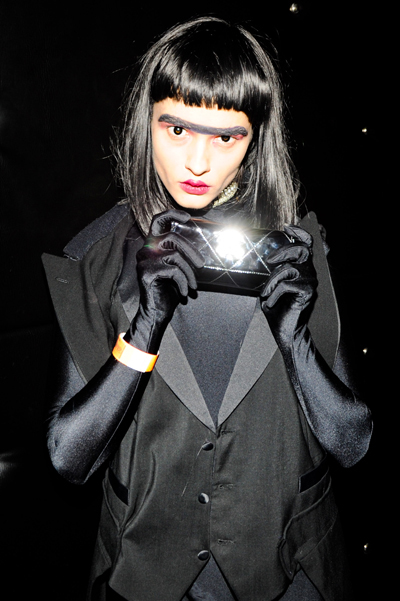 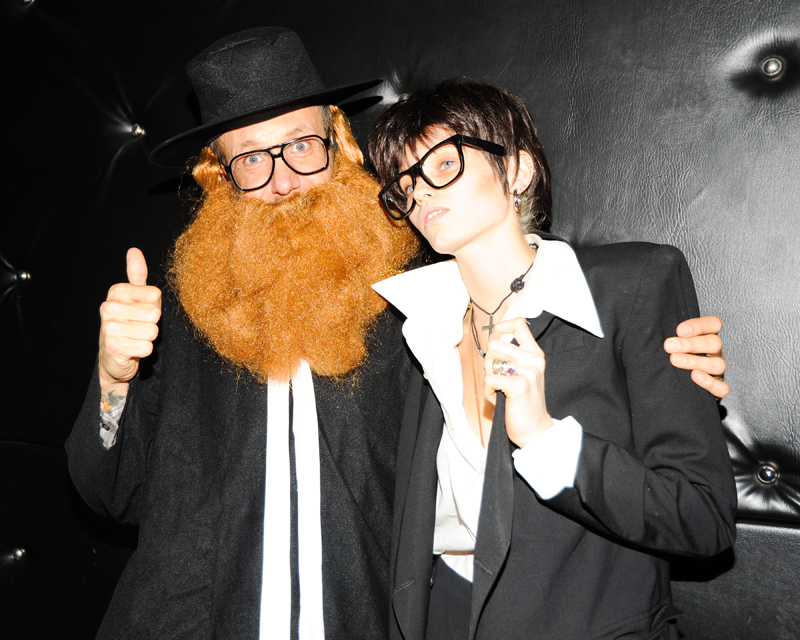 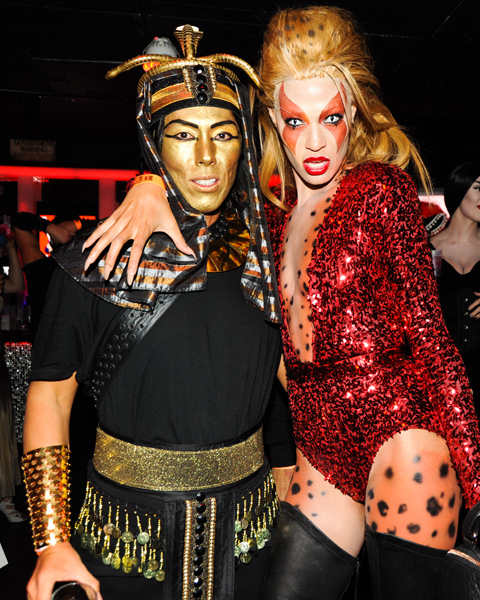 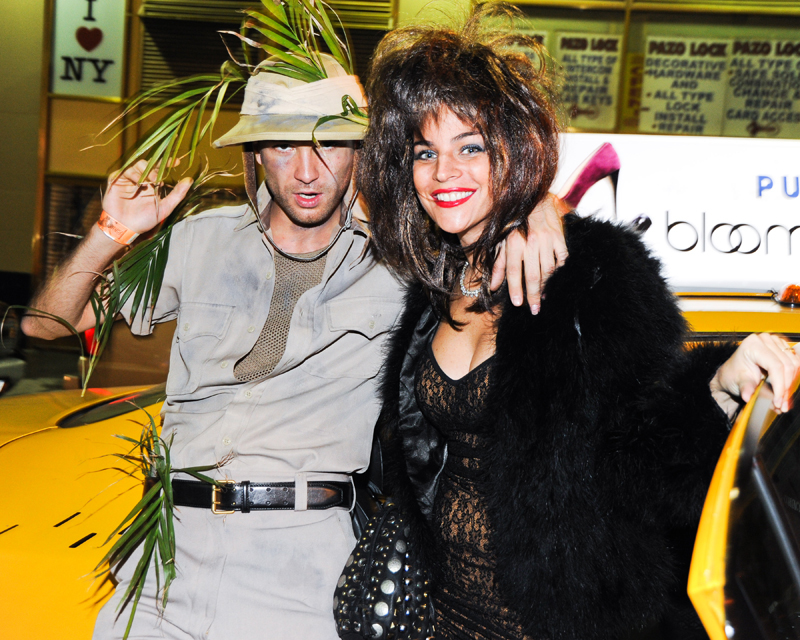 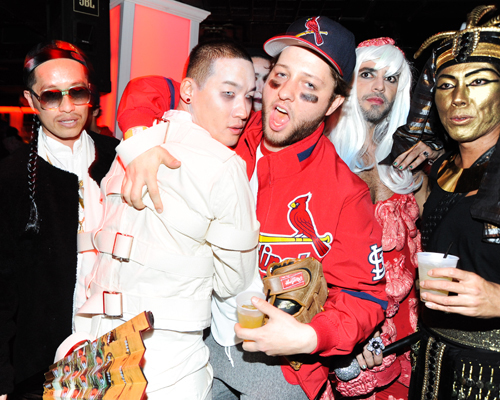 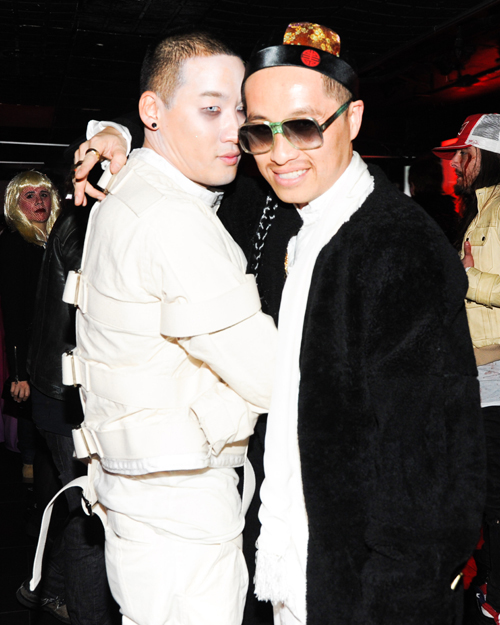 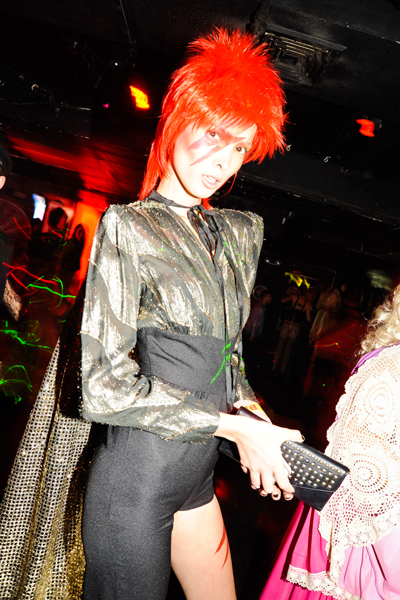 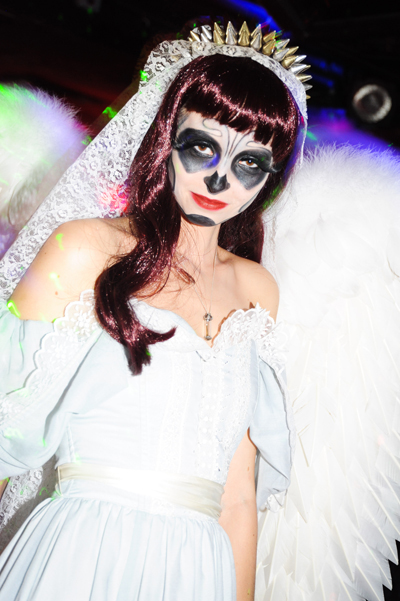 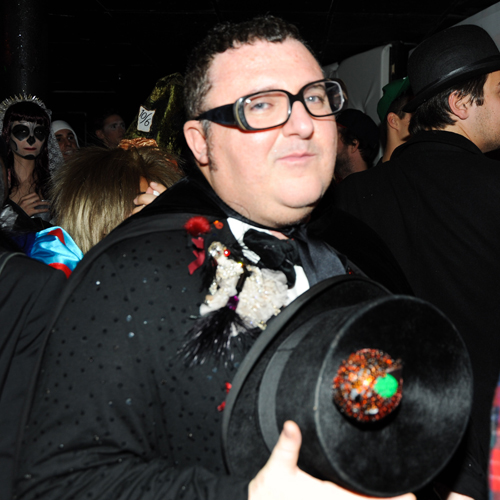 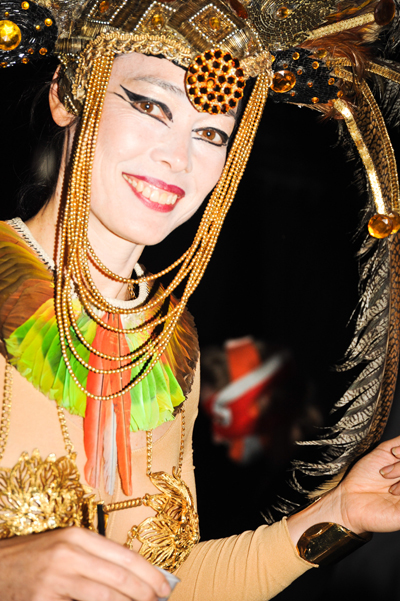 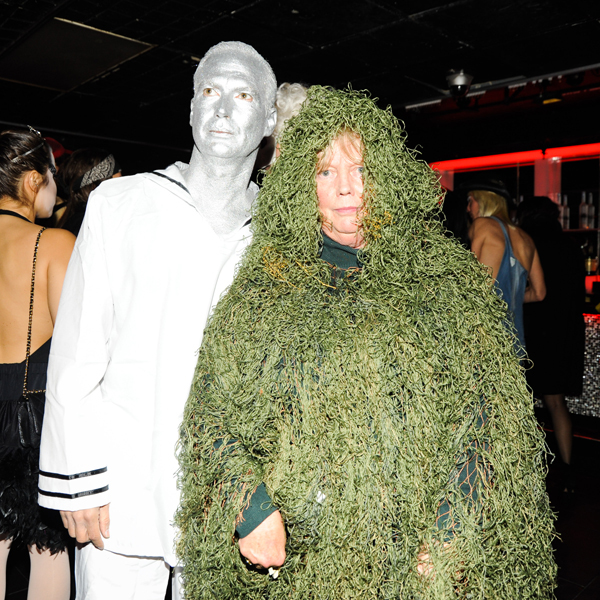 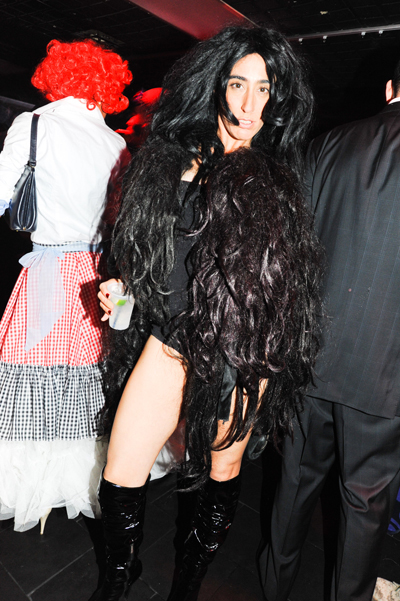 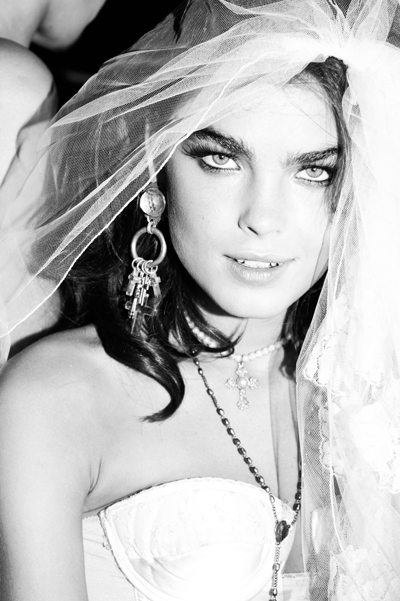 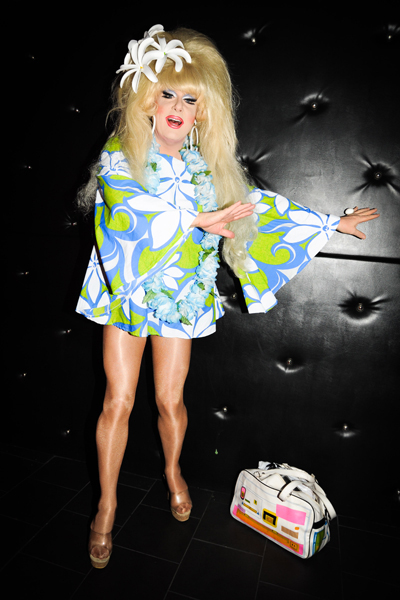 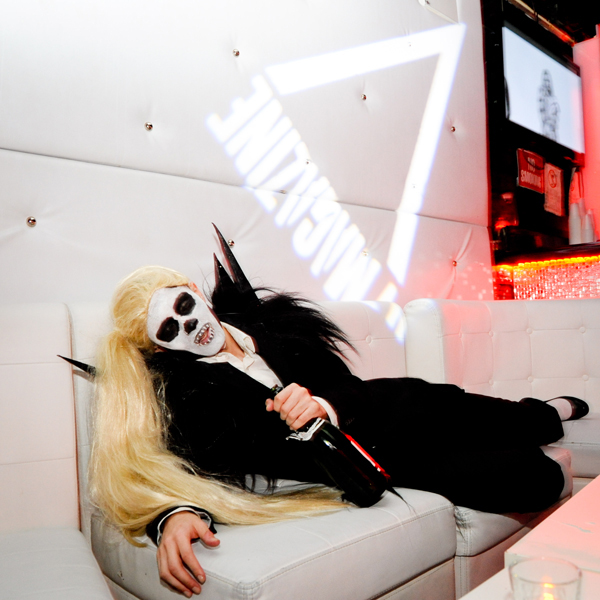 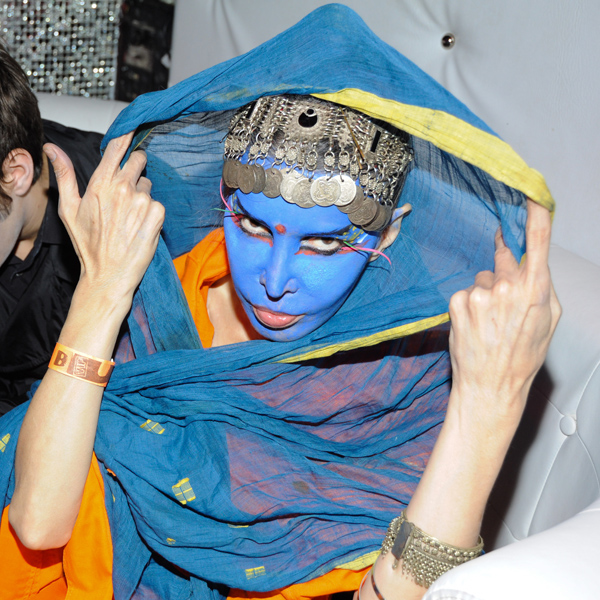 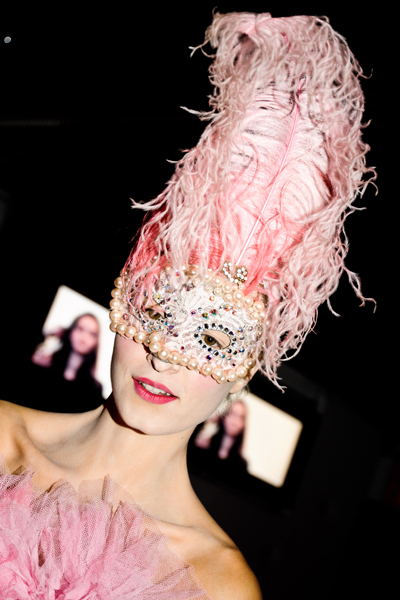 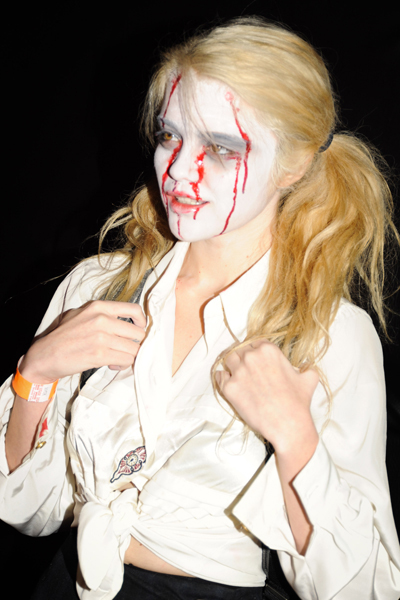 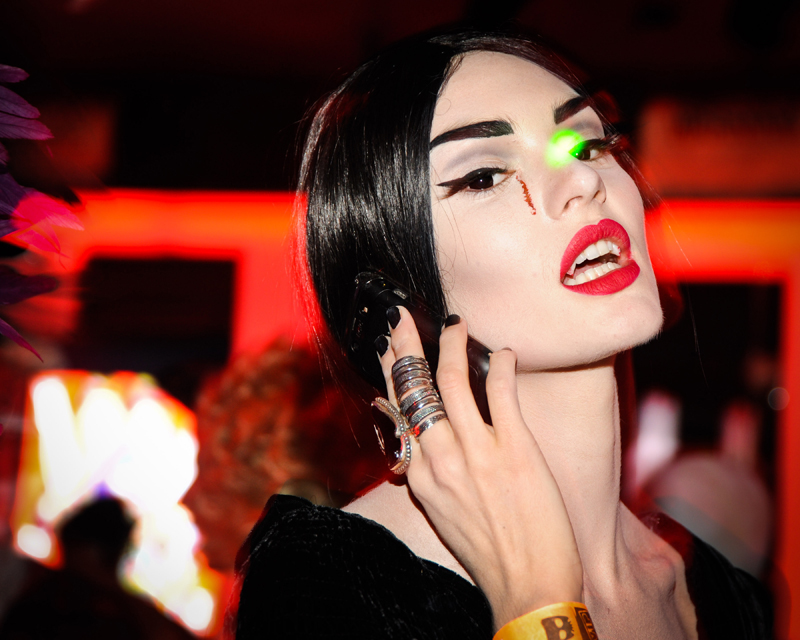 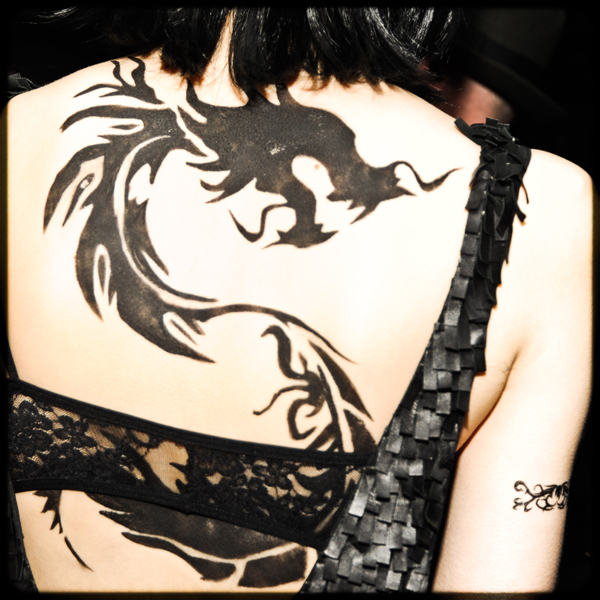 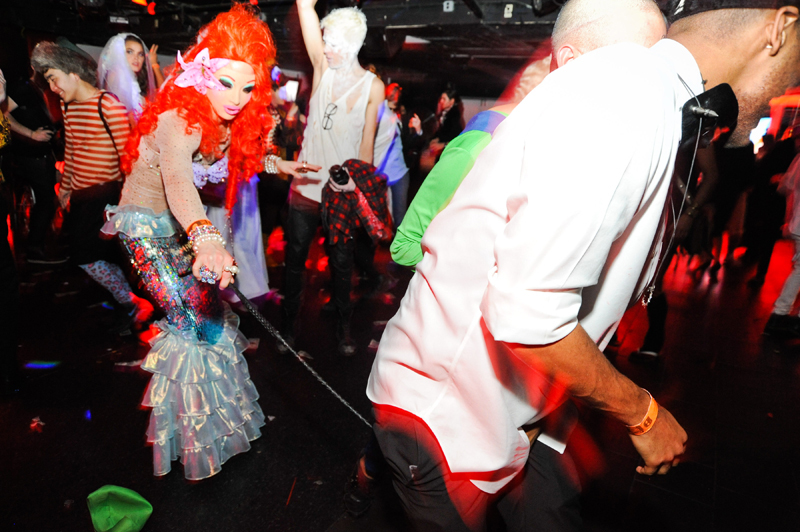