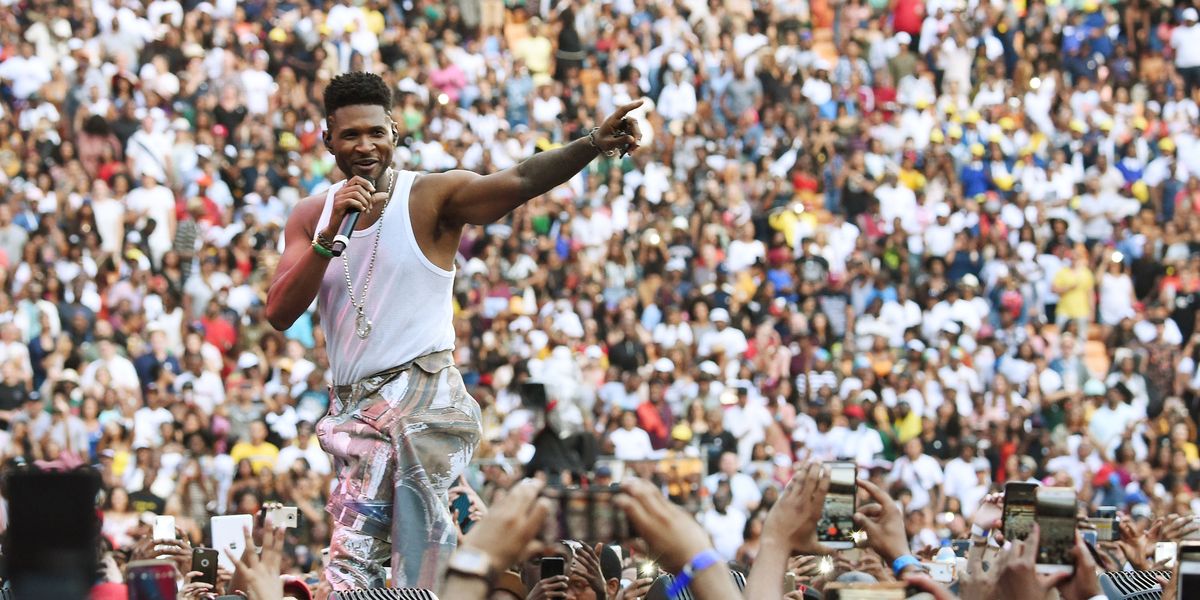 We Need to Talk About Usher's Hair

Celebrity hair has often been a point of contention for many. From the mercurial changes of Cardi B and Kim Kardashian's respective hairstyles that make for great water-cooler fodder to the pop culture-defining moments like Britney Spears shaving her's all off, the many ways celebrities have chosen to switch things up has always managed to capture the public's imagination and there is perhaps no better time try out a new look than the New Year.

At least that seems to be Usher's thinking behind the unveiling of his dramatic new...um...pompadour?

Certainly a different look for the singer, many attempted to rationalize away the jarring transformation as some sort of prep for an upcoming film role or even breakup hair given his recent filings for divorce from estranged wife Grace Miguel. People were scrambling to find literally any explanation as to why Usher would want to look like Mark Ronson in the music video for "Uptown Funk."

Related | Justin, What Did You do to Your Hair?

Shortly thereafter Usher cleared the air on Instagram Stories, explaining that the new look was for a Rat Pack-themed New Year's Eve party hosted by Drake and posting clips of the straightening process. But as People discovered, Usher's love for his new perm goes deeper than the one night theme party, hopping back on Instagram Live to proclaim "This ain't going nowhere. I can't stop touching it! I'm like the black Superman."

After the initial shock had worn off and the news that the quaff was here to stay, the internet set about to cope in the only way they know how: memes.