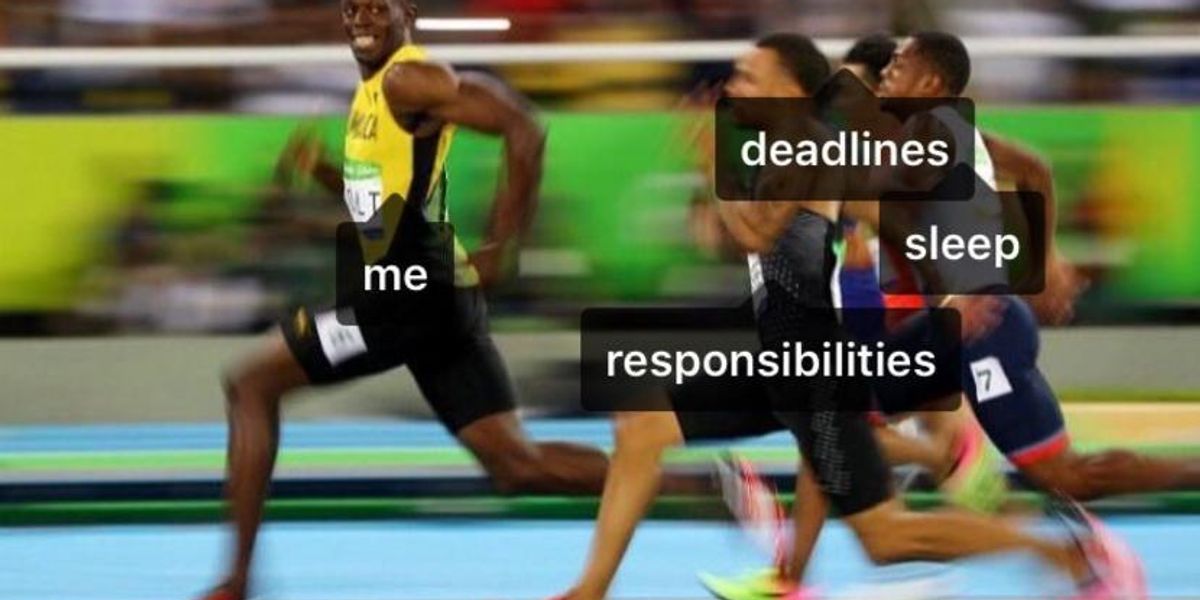 Jamaica's Usain Bolt, aka the fastest man alive, crushed the competition during last night's 100-meter dash at the Rio Olympics -- an expected win that had an unexpected online reverberation when the Internet-at-large began memeing one particular mid-race shot.

As he dashed for the final few meters, Bolt looked over his shoulder -- his legs a blur -- and fucking smiled at the camera as his competitors sweated it out behind him. So obviously, the moment became the weekend's meme du jour. Check out a few of our favorites below to keep you tied over till Bolt's next race tomorrow.

when your mom keeps bugging you about grandkids and you're like what was that mom I couldn't hear you over the crowd pic.twitter.com/TKzOfp9h58
— Erin Burr, sir (@erinscafe) August 15, 2016

How does Usain Bolt stay so relaxed in that atmosphere? pic.twitter.com/qbBBp5RBbB
— Mike Tunison (@xmasape) August 15, 2016

The face when you make when folks celebrating your victory caused an airport to be evacuated. #JFKAirport pic.twitter.com/OzbF139hdW
— Roy Wood Jr- Ex Jedi (@roywoodjr) August 15, 2016