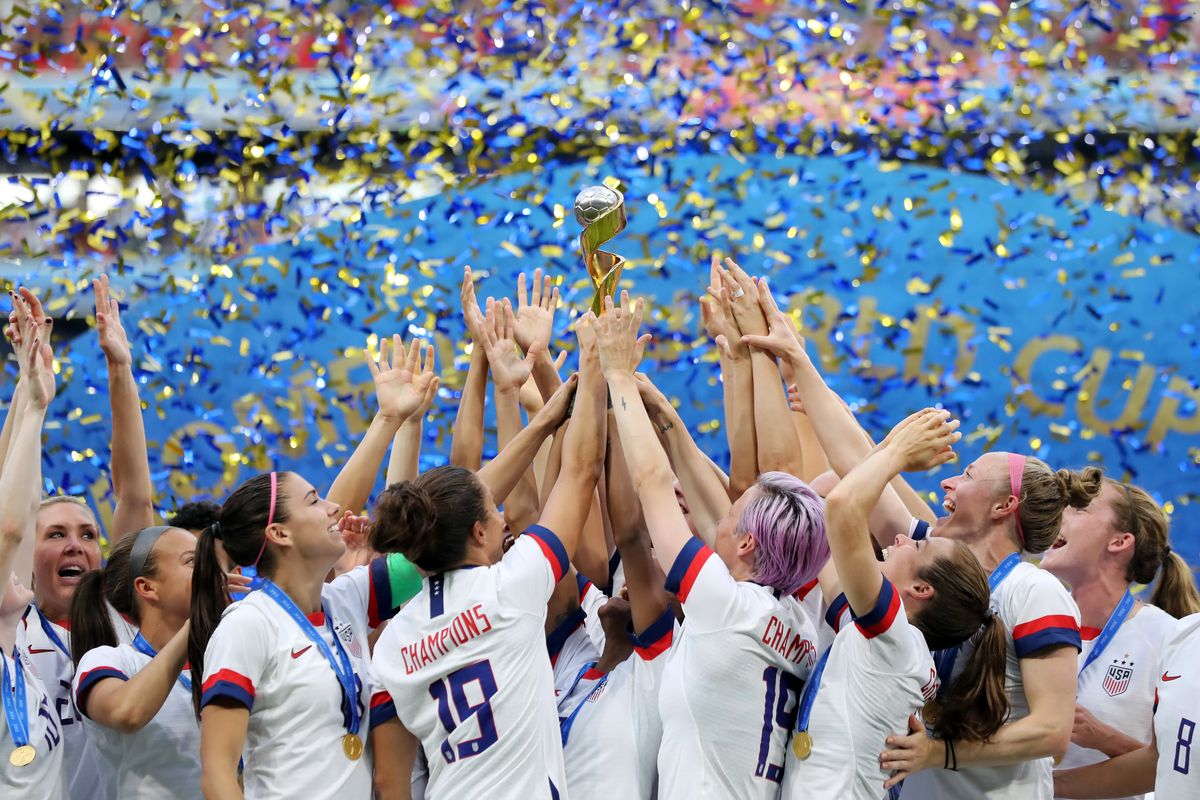 For the second time in a row, the United States women's national soccer team proves that their the world's best at the FIFA Women's World Cup. On Sunday, the US beat the Netherlands with a score of 2-0 at the final held in in Lyon, France.

The game was tied at 0-0 during halftime, but US midfielder and fan favorite Megan Rapinoe broke the scoreless tie with a penalty kick. As one of the top goal scorers of the season, Rapinoe also won the FIFA Golden Boot award after a tiebreaker with team mate Alex Morgan who was honored with the Silver Boot award, and England's Ellen White. According to ESPN, Rapinoe makes history as one of the two Americans in history to be awarded the Golden Boot.

Megan Rapinoe scores her 50th international goal from the penalty spot and gives USA the lead in the #FIFAWWC final! pic.twitter.com/gjPpYOrcyl

Eight minutes after Rapinoe's penalty kick, Rose Lavelle also pulled off a bit of magic by making another goal, ultimately bringing the score to 2-0.

A beautiful solo effort doubles the @USWNT's lead in the #FIFAWWC final! pic.twitter.com/ToznvQiuxb