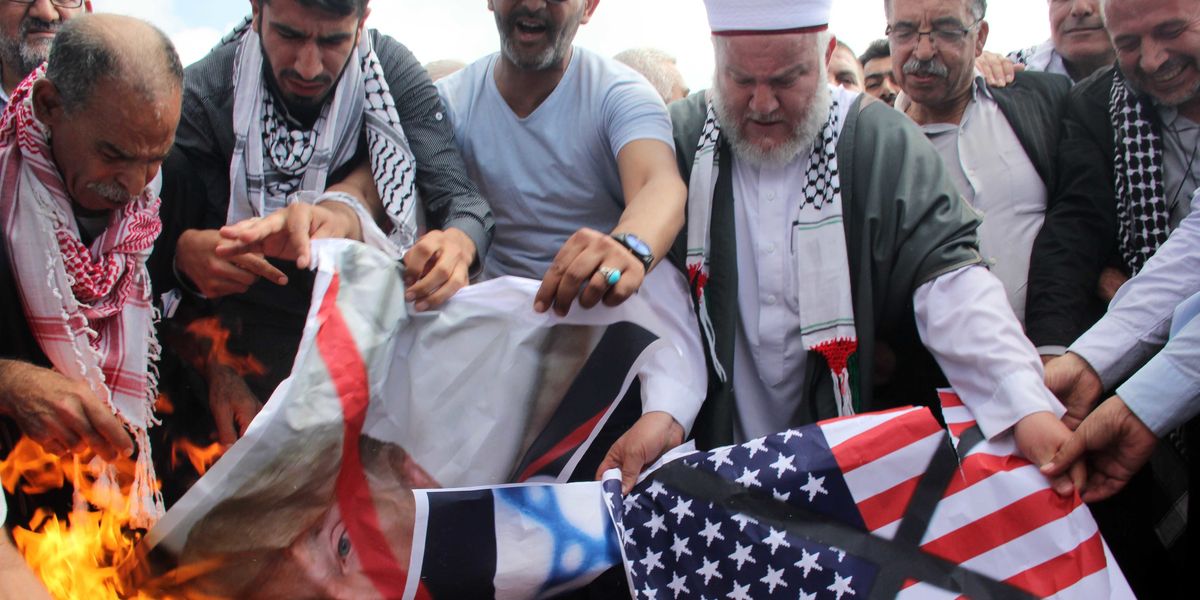 58 Palestinians Killed And 2,700 Injured By Israeli Forces During Protests Yesterday

Though The United States has been leased land in Jerusalem where they could build an embassy since 1989 and Congress passed a law requiring the US to move their embassy there in 1995, every president until Trump has decided against it, since the move symbolizes an overt allyship with Israel.

While Israelis celebrate the formation of Israel, Palestinians mourn the 70th anniversary of the nabka, or catastrophe, when over 700,000 Palestinians were displaced from their homes as Israel was created. Yesterday, as the US Embassy was being celebrated in Israel, thousands of Palestinians protestors at the Gaza border were wounded by Israeli forces. More than 2,700 Palestinians were injured, more than 1,350 via guns. At least 58 people were killed.

Most of the Palestinian protesters were unarmed, and the gunfire resulted in the largest number of Palestinians killed in one day since 2014.

Sabri Saidam, the Palestinian prime minister of education, said, "Today is a day of sadness. It's a manifestation of the power of America and President Trump in upsetting the Palestinian people and the people who have been awaiting the independence of Palestine for 70 years," The New York Times reports.

President Trump said via a video message that the United States "remains fully committed to facilitating a lasting peace agreement." Israeli Prime Minister Benjamin Netanyahu tweeted that "each country must protect its borders," but also that yesterday was "a great day for peace."

The White House has also blamed Hamas via a statement by Raj Shah, who said, "Hamas is intentionally and cynically provoking this response. And as the secretary of state said, Israel has the right to defend itself."