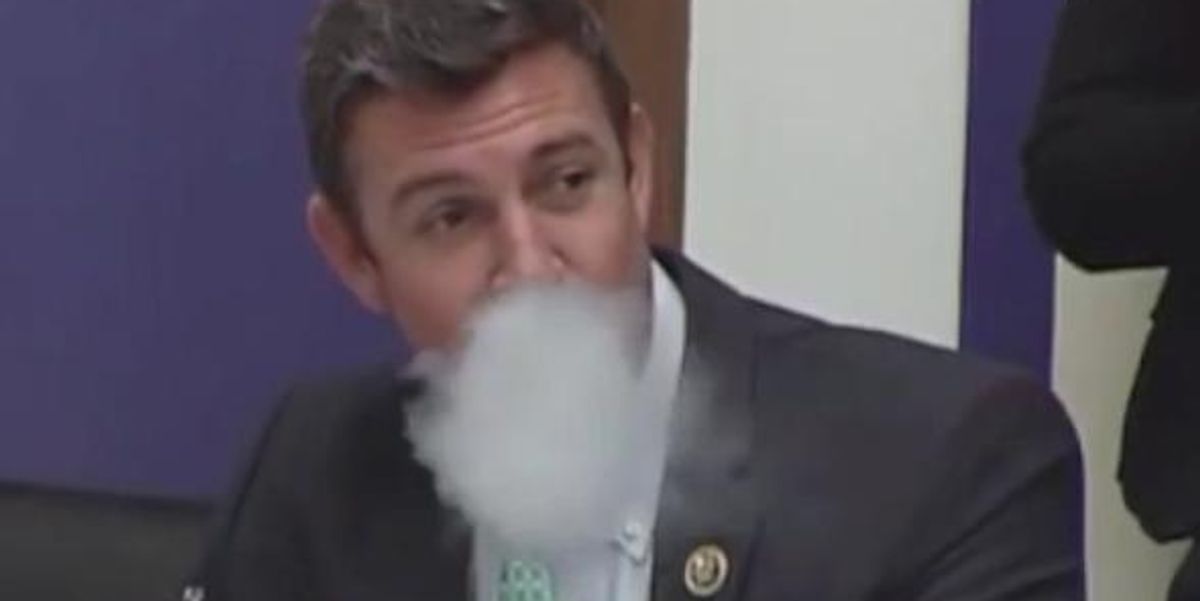 Watch A Congressman Blow a Vape Cloud During a Congressional Hearing

Duncan Hunter, a U.S., Republican Representative from California, spoke at a Transport Committee hearing on whether or not an amendment would ban vaping on planes.

Before launching into a tirade about miracles e-cigs perform for health, in terms of reducing cigarette addiction, he blew a big ass vape cloud.

The ultimate call to vape-arms.

You know, Duncan, you can already do that now! It's called free-basing heroin.