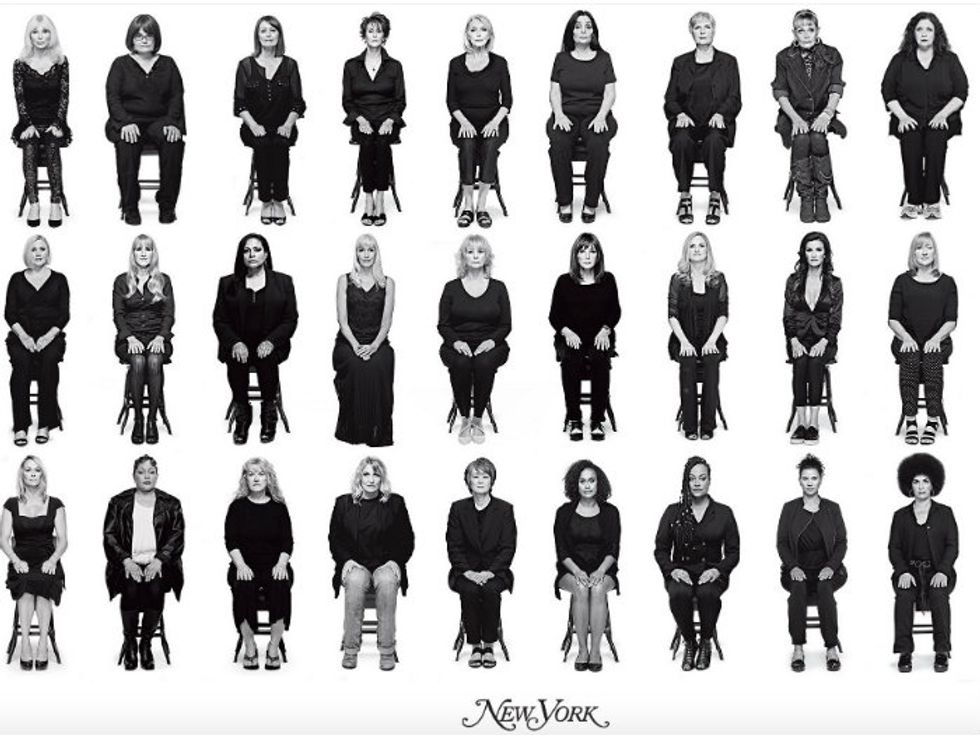 by Eric Thurm
PAPERMAG
By now, following developments in the Bill Cosby story can, and maybe should, feel kind of exhausting -- the flood of people who said nothing before trying to distance themselves from the man at the center, the testimony in which Cosby reveals himself to be an utterly un-self-aware monster, the despairingly constant stream of woman accusing him of rape, all threaten blur together into a constant background noise, like a faulty air conditioner but for patriarchy.

Now the story has found its momentous statement: New York magazine's cover story this week tells the stories of 35 women who have accused Cosby of sexual assault and includes their portraits. The online version includes videos of them speaking out, creating an unbelievably powerful, unified statement about the effects of this man. Whether you're one of the few awful people still unconvinced or simply unclear of the extent to which the collected information makes a statement about the conditions necessary for the creation and perpetration of rape culture, the story is an essential read. But it isn't accessible at the moment.

A self-described hacker has apparently taken down NYMag.com (including its associated properties like Vulture and The Cut) because he... hates New York City? The story is still developing (and the website still down), but this justification seems fishy at best. Still, New York has made two of the women's stories available on Instagram, which you can and should watch. Then, when the site comes back up, read the whole story again and again.

Our site is still down but you can listen to 2 women's testimony about Cosby on Instagram https://t.co/GEoDc8pMF0 + https://t.co/CLlPl40cGS