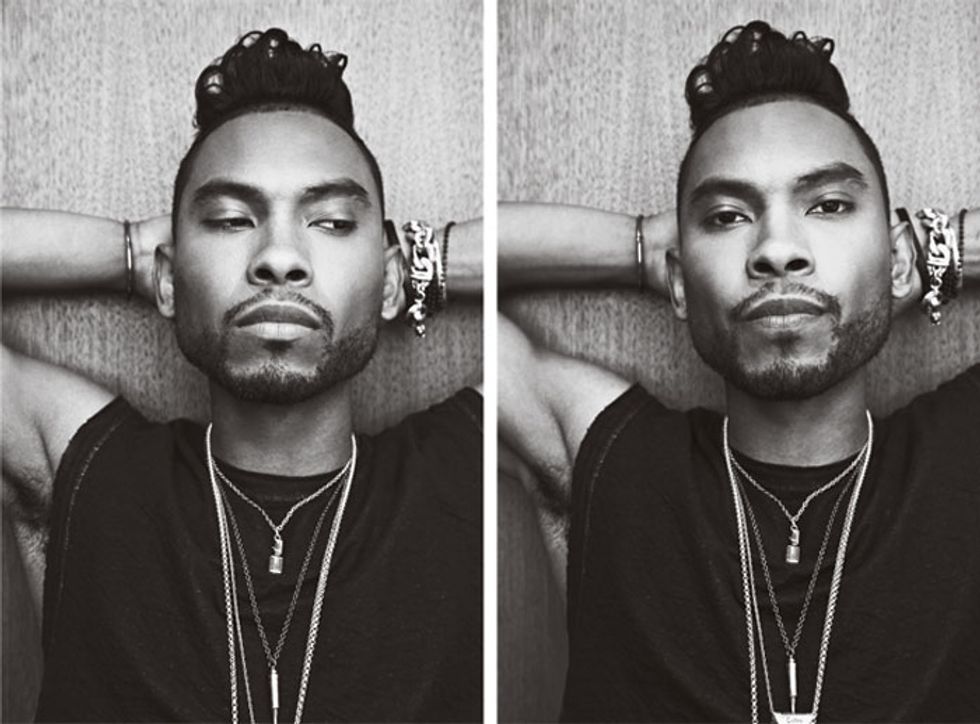 UPDATED: Miguel Goes to Hedonist's Hell and Back with Three New, Steamy Tracks

By Sandra Song
PAPERMAG
photo by Michael Flores
[UPDATE 06/16/15, 2:00 p.m.: Miguel has further blessed us today with a music video for "Coffee" and an official summer tour announcement. Hold onto your knickers.]
Panty-dropping crooner Miguel has just streamed three new tracks from his upcoming album Wildheart and while they're not "Coffee," they're sure a steamy way to start off your Tuesday morning.
The Robert Rodriguez-esque "...goingtohell" is an ominous, sin-drenched precursor to "Flesh," which skews more mercurial, drenched in undeniable hedonistic indulgence with its deep bass and muffled drums. And the cherry on top is a guest appearance by Lenny Kravitz on the anthemic "face the sun," a sweet ode about "the only one" that's filled with all the weird, tingly fuzzies inherent to a solid Miguel track. Me-OW.
You May Also Like
Famous People