UPDATED: Let's Place Bets on Whose Album is Dropping at the Apple Ritual 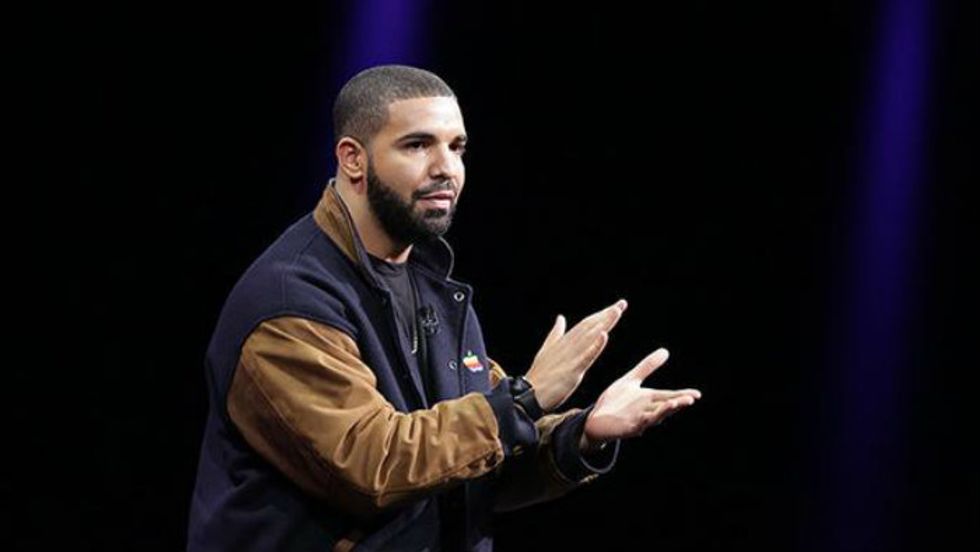 Today marks the announcement of the release of a new iPhone. In keeping with the recent business move of surprise album releases -- which started, in earnest, with the self-titled BeyoncÃ© album and has continued through the release of If You're Reading This, It's Too Late, and Miley Cyrus' last record -- there are wanton rumors that a "big" artist will announce the release of an album at the event. But who will it be? Let's make ridiculously speculative odds.
Frank Ocean
As much as we would all love the new Frank Ocean album we were promised last month, this doesn't seem super likely? Frank Ocean is big, but he might not be big enough to the people at Apple to justify having his album be a centerpiece of their weird party. (When was the last time you think an Apple executive put on "Love Crimes?") We can dream, though.
Odds: 250:1
Kanye West
This... won't happen. Kanye doesn't really seem like the type of dude to do this kind of exclusive, hyper-corporate album release unless it was on Tidal, which isn't really doing well enough to sustain him. Also, SWISH might just never come out, since, as we all know by now, Kanye is not that interested in making new music.
Odds: 10,000:1
Rihanna
Also unlikely, but perhaps less so than Kanye.
Odds: 1,000:1

Drake:
Okay, this one could actually happen, especially if he wears that jacket from the Apple Music launch event. Besides, the release of If You're Reading This was successful enough that a total lack of promo for a new Drake album is probably not such a big deal. Is today the day we get Views From the 6...?
Odds: 20:1
A Dad Band
A new Frank Ocean album (or even a new Drake album) would be great, but if we're being realistic, it's probably going to be, like, new Foo Fighters, or a collection of Bon Jovi outtakes from 1986, or even... dare I say... a Pearl Jam album? Just don't be too surprised if you get a really excited phone call from your dad telling you all about the exciting stuff Steely Dan is doing with this new one.
Odds: 10:1
Pharrell
At the intersection of "vaguely cool-sounding things" and "stuff dads unabashedly like," Pharrell stands alone. He lords over his kingdom, sending his robot underlings out to enforce the law and ensure that all of his subjects are eternally, unnaturally "Happy." He watches the boundaries of the Apple domain. He waits. He dons his battle hat.
Odds: 5:1
Bruno Mars
This would explain why Bruno Mars is playing the Super Bowl halftime show again at least...
Odds: 100:1
Update: It turns out the performance was by OneRepublic. (Do they even have a new album out? Let's hope not.) Pack it in everyone, this is the worst of all possible worlds.