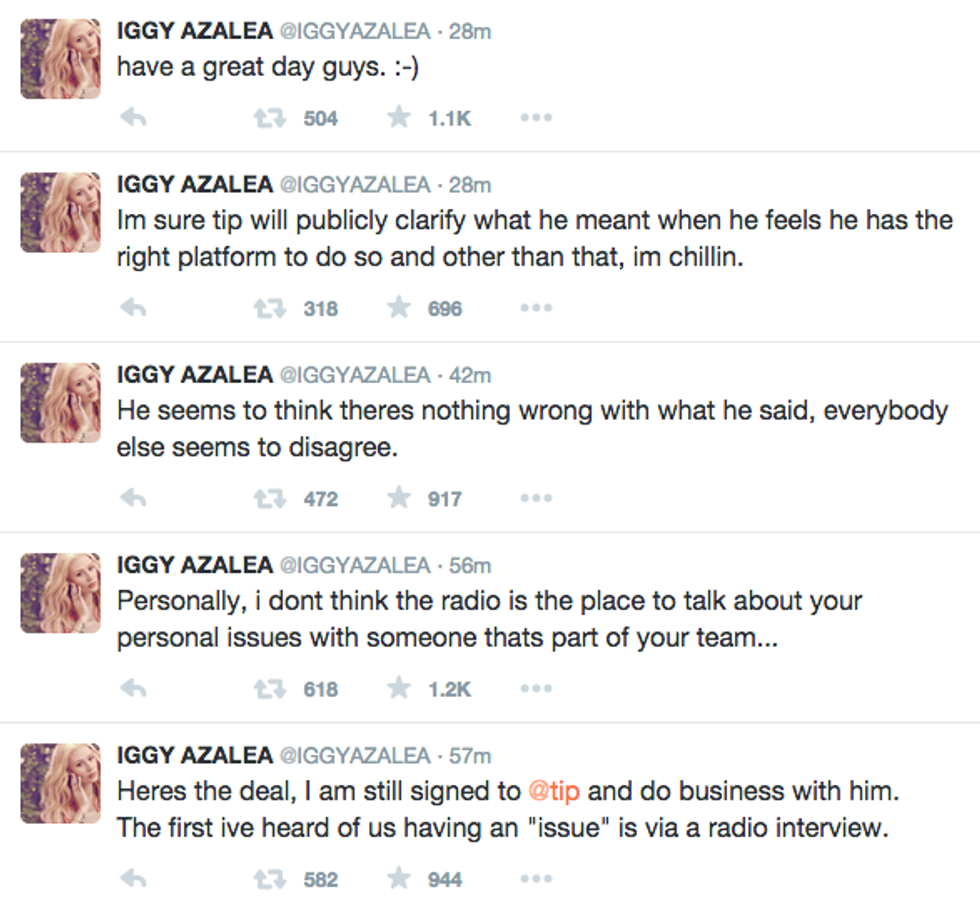 by Eric Thurm
PAPERMAG
Update: Iggy has responded to the interview on Twitter, apparently without consulting T.I. (or, maybe, confirming if she's still on the label). Smart move for someone getting publicly called out for speaking too quickly and without thinking!
It looks like we finally know the ulterior motive behind T.I.'s recent banger with Young Thug and Young Dro -- getting everyone to forget about his unfortunate time spent defending Iggy Azalea. In a recent interview with Hot 97's "Ebro in the Morning," Tip claims that his relationship with Azalea "took a bit of a rest stop," which either has to do with the way that she's been consistently awful/refused to listen to criticism about appropriation, or maybe the fact that the Azalea backlash has made her a lot less profitable. Decide for yourself! [via Vulture]
You May Also Like
Sex & Dating