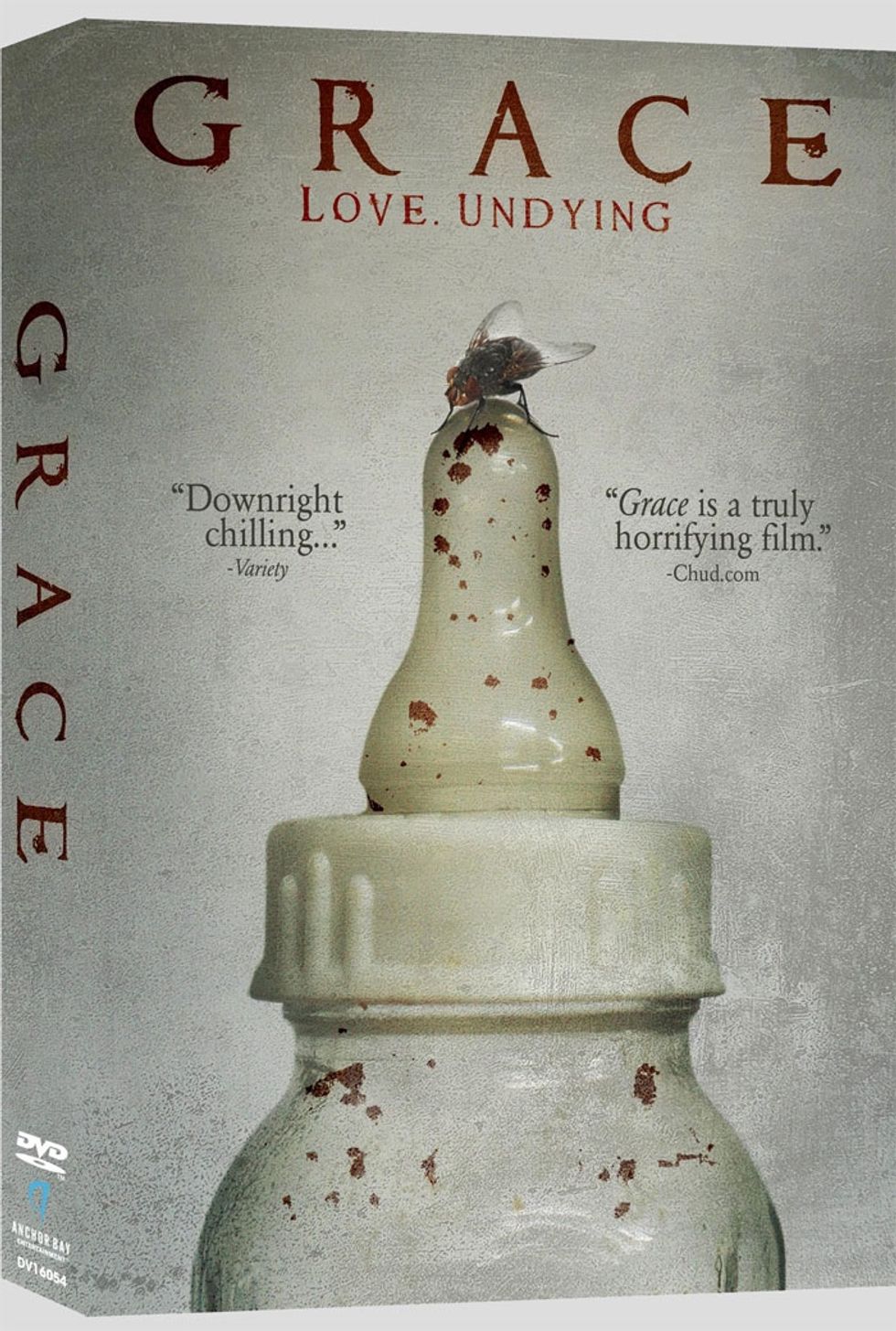 Out this week is the unnerving Grace, a fetal fright film by Paul Solet about a pregnant woman named Madeline (Jordan Ladd) involved in a fatal car accident with her husband. Doctors tell her that her baby is dead, but she decides to still carry it to full term anyway. Miraculously, the baby is born and lives. It is also ‘different”. Flies are drawn to the crib. It draws blood when it breast feeds. And mom goes through hell to accommodate her little macabre miracle. Smart and chilling in its execution, the movie was a sensation at the Sundance Film Festival, where two audience members fainted at a screening. But the movie itself is really good -- it’s deeply disturbing and brings out a lot of primal fears about motherhood. The extras on the disc include nice documentaries about the director creating the film and his pleasure at the audience reaction at Sundance. Hopefully now on DVD more people will discover this film’s dark charms.