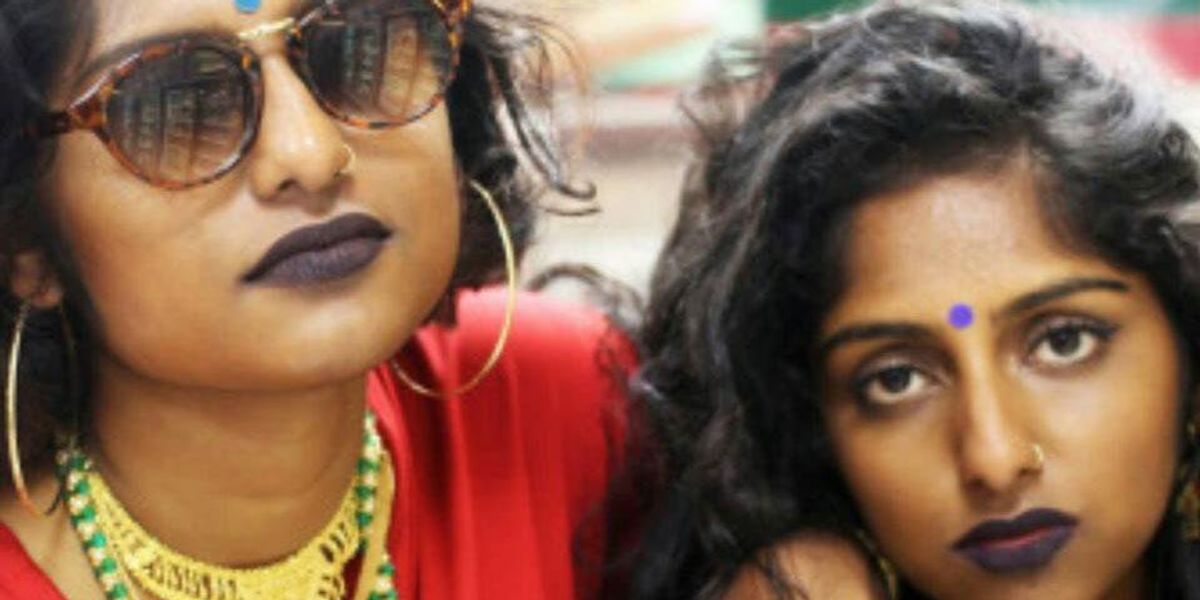 #Unfairandlovely Is The Unifying, Anti-Colorism Campaign Taking The Internet By Storm

It's no secret that colorism, or the fucked-up notion that fair skin is the ideal standard of beauty, is an unfortunate global phenomena, with women from Nigeria to New Delhi purchasing skin lighteners like Fair and Lovely to better conform to what they believe is the societal ideal. However, a new social media campaign, cleverly dubbed #Unfairandlovely is trying to change that perception, by encouraging darker skinned women of all backgrounds to embrace and celebrate their complexions by posting selfies.

The brainchild of three University of Texas students, Pax Jones (who is black) and the Yogarajah sisters, Mirusha and Yanusha (who are of Sri Lankan descent), #Unfairandlovely was born when Jones shot photos of the sisters earlier this year and decided that a global, melanin-positive movement was in order. Because while black women have been using tags like #FlexinMyComplexion and #IWillNotApologizeforBeingDarkSkin for a while now, outside that community there's still been a huge struggle to embrace dark skin, particularly amongst South Asians -- which is most likely why #Unfairandlovely (especially as a spin on India's hugely popular Fair & Lovely creams) has taken off on Desi Twitter and Instagram.

"Pax asked us [to take part] after noticing that even many of the advocates/activists addressing racism in the black community who had a large following had light skin," the Yogarajahs told the Global Post. "We discussed it, and I noticed the same thing in the South Asian community — activists and advocates with a large audience against racism, sexism, fatphobia, etc., usually were lighter skinned. So this photo shoot occurred, and then we created a hashtag."


However, the creators want you to know that this is ultimately a tag for everyone, with the goal of helping both black and South Asian women alike.

#unfairandlovely is unapologetic & it's not here to cater to white or light skinned tears. It's to help heal years of painful colorism.
— ☀️Pax Jones (@misspaxjones) March 9, 2016

#unfairandlovely is S.Asian centered rn, & I'm completely fine w/ that. I just don't want other POC to feel like this isn't theirs also tho.
— ☀️Pax Jones (@misspaxjones) March 9, 2016

A gesture that ultimately also proves that nothing is more powerful than POC working together toward more visibility. Start following the tags for yourself and check out the movement's Instagram to see more dark-skinned ladies loving themselves -- and perhaps post a few photos of your own.