James Murphy's got laws: you take your shoes off before entering his home, you eat everything he gives you and most importantly, you listen to him talk about his goddamn coffee machine for 45 minutes, whether you give a shit or not.

After Murphy's dancerock-and-more outfit LCD Soundsystem tramped through Italy during their latest leg of non-stop touring in support of his self-titled, self-produced, self-everything Spring 2005 debut LP, the Princeton Junction native warmed up big to espresso.

"Everyone was in such a good mood, and it was because of the coffee," he explains. By everyone, he means the members of the LCD touring band -- Nancy Whang on voice and keyboard, Tyler Pope on bass, Phil Mossman on guitar and aux percussion, and Pat Mahoney on the drum set -- who together function as a cover band of sorts for Murphy's (in)famously control-freakish brain: Murphy writes and records the songs solo, and the band "covers" them live. 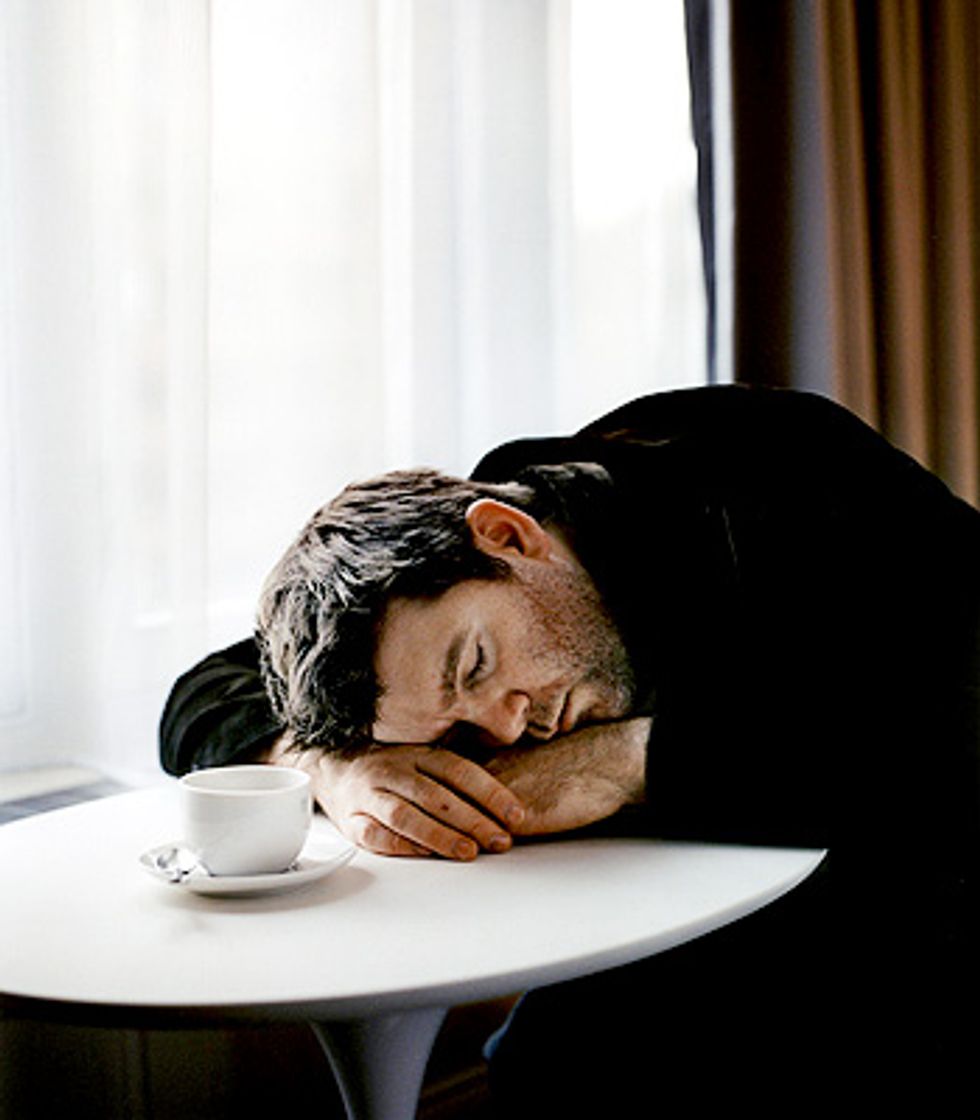 Back home in Brooklyn, Murphy, 35, scoured the net looking for an espresso machine -- something nice -- and found one via the coffeegeek.com message boards. It's a gorgeous thing, really, and the cup Murphy brews for me, as he details the innards and the process of his brew, is quite good -- almost as good as my Nespresso D150 cups. I thought he should know that, so I tell him.

"Ah yes, the Nespresso D150. Good machine. Always makes a perfect cup. Thing is, you can't tweak the coffee." He pours out the milk he steamed, and takes a sip. "Shall we?"

I'm not one to extract cosmic significance from rockstar toss-aways -- and this was nothing more than a got-you trump from one coffee nerd to another. But draw the line from Murphy's need to tweak his espresso to Murphy's staunch anti-artiste agenda and hard-working technically minded musical values he espouses as one half of the New York-based DFA Records dance production team. It isn't a stretch, really; keep in mind Murphy drinks a lot of coffee. 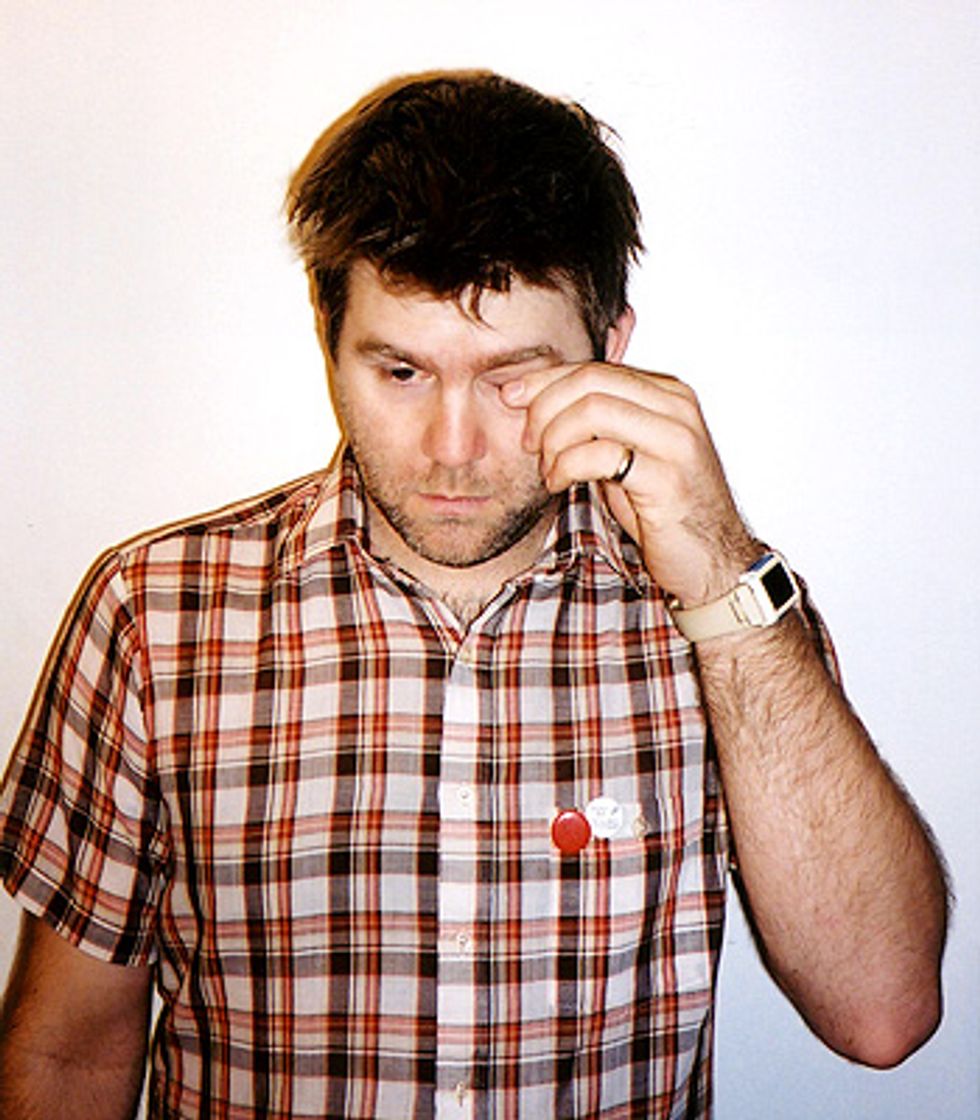 Haters give him shit for this, obviously. Not the coffee. Just that Murphy's not reinventing the bean, as it were, just tweaking it, refixing it, etc. They cry misappropriation, swagger-jacking. Worse, they turn Murphy's explanation of LCD qua cover band into vicious snipes: "Movement" is a Fall "cover," "Never As Tired" is a Beatles "cover," "Thrills" sounds exactly like "Warm Leatherette," "The Great Release" is shockingly Eno, and so on. They wonder why Murphy, a well-respected DJ known best for his early-naught parties at New York's Plant Bar, goes to such extremes to recreate live, essentially, records he already has in his vinyl bag.

And yet while he admits the snipes have truth to them, Murphy decries that exact same shoe-stealing in other bands. Right now, he groans, there are "a bunch of schools, styles -- Bowie-ish, Morrissey-ish, Iggy Pop-ish -- it'll all -ish. Iggy's ego coming through was a beautiful thing. Somebody else's ego hoping nobody knows that much about Iggy and aping him is a disgusting thing and it doesn't have any kind of meaning to it. And If I see another British band that sounds like the Jam, I'm going to shoot them. I didn't like the Jam in the first place." 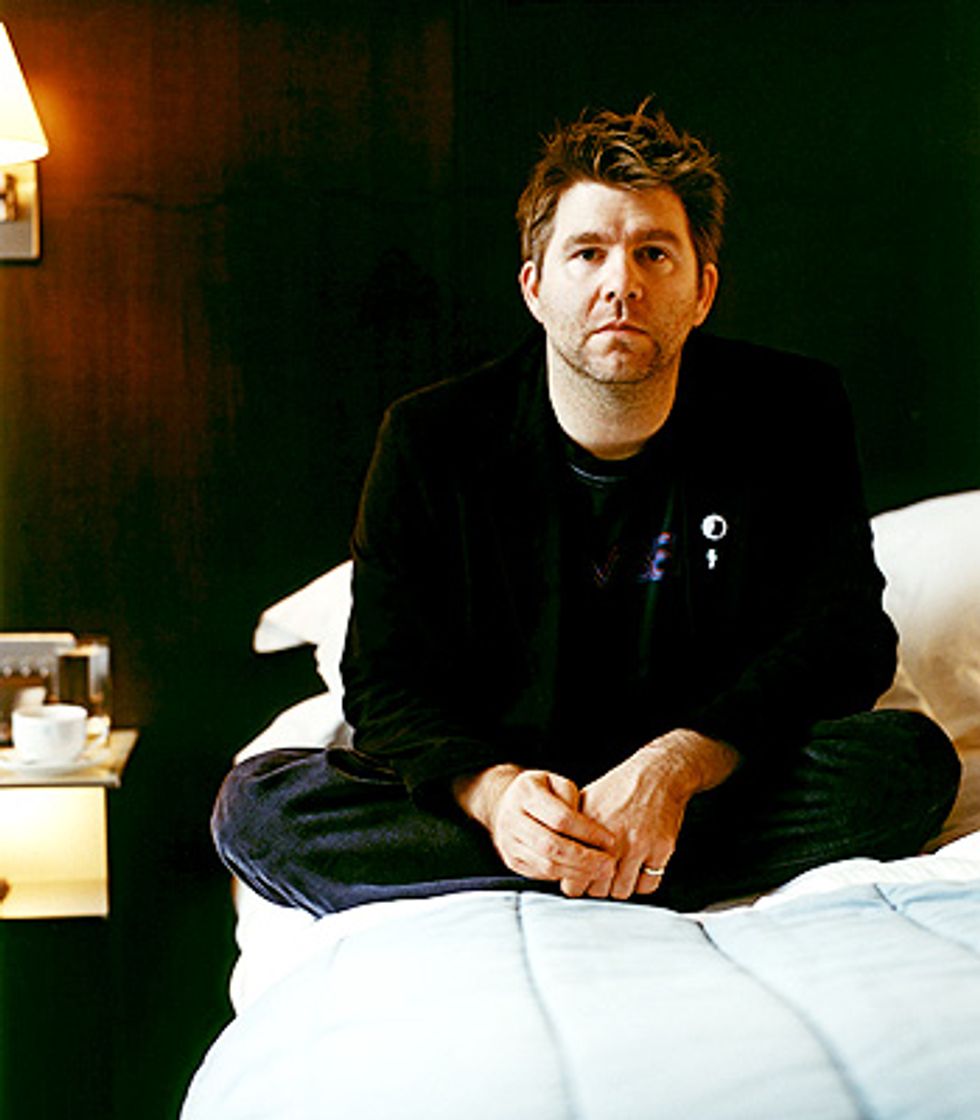 But here's the thing. For one, it's not like Murphy's ever cloaked his influences. The bands mentioned already are his favorites, and he talks about them incessantly. What's different -- new and exciting -- is how Murphy's self-appraisal changes the listening experience. When songs and sounds come so similar, the tweaks take center stage -- the tiny modifications Murphy's made both to personalize music history and keep the music he loves relevant, and the struggles he's engaged in to escape his anxiety of influence and justify the existence of his music to begin with.

"I didn't go into the studio being like, 'Man, I just need to make a record...' Who needs me to make a record? There are so many records here that I own that I know people don't have. Why don't I just go on a book tour and talk about all the records -- that would be doing the world more of a service on some level."

And especially as more bands rely on the D-Word -- that's "dancing" -- as their ego-masking excuse for making boring music (a word Murphy himself relied on as a way to short-circuit the originality question), maybe Murphy's implicit leadership comes when we need him the most. For him this is an active struggle to protect the music he cares about, since at the heart of all this, he seems to believe some music is good, other kinds are bad, and collectively speaking, we'll be better off if more people listen to the good kind. 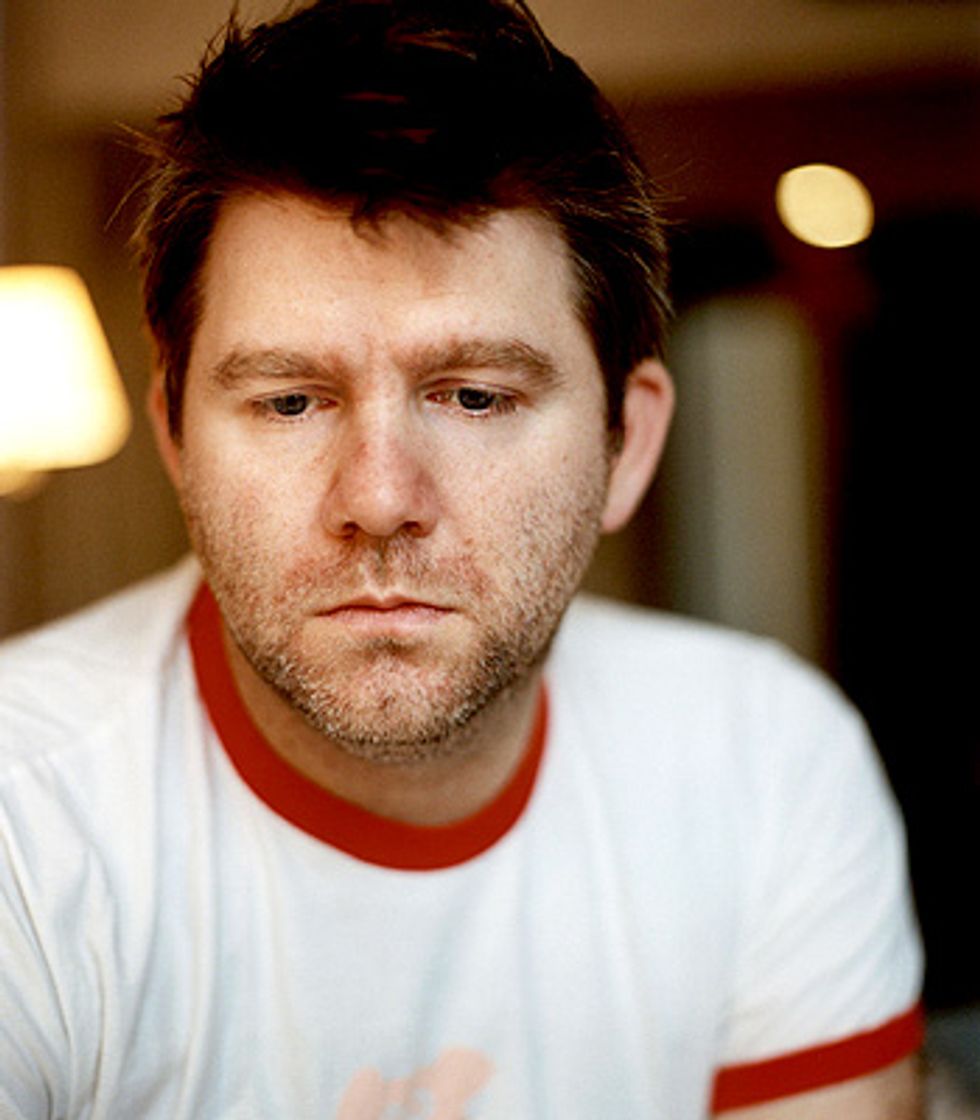 "Music could be better and this is the best thing I can do to try with DFA Records, to try and not inspire people through my greatness -- Iggy Pop inspired me through his greatness, he gave a shit, he tried really hard, worked really hard, took very seriously what he did, went out there and gave music the kick in the ass that it needed. But music doesn't need that kicking in the ass right now. People need to be able to answer,  What is needed? What is good about this? What do I get out of music? What am I making music for?' Not so they can get all wrapped up in their heads and over-intellectualize things, but so they can get through the bullshit layer that's so thick now."

Murphy's doing music for the kids, but why should they listen to him? Why should they take his canon seriously? Rarely does anyone put himself out so baldly, especially couched in such immodest salvation rhetoric -- saving indie kids from the Killers, as it were. But Murphy's said as much before: LCD is a living advertisement for his canon, suggestively pointing people to music he considers more genuine, more real. That he believes there is such a thing as "real music" might say it all.

"I know how complex listeners of [DFA co-producer] Tim [Goldsworthy] and I are. And it's pretty complex. We love music. We take music very, very seriously. We love the depth of music. I love being able to see through silliness into good music. I think we're pretty rigid on ourselves in not allowing ourselves to get away with cheap things."

We got a sense of how big Murphy's ears are from the debut too  recall from above that there were Eno, Morrissey, Fall, and Normal rips on the same piece of plastic. Just saying, Murphy's not a one-trick pony -- perhaps another reason to take his projects seriously. "With this album I felt like I went around a field on a horse and planted stakes in the ground, and now as the records go on I can just concentrate on cultivating one section of that plot,"explains Murphy. Those new songs are floating in his head, he says, and he plans on writing and recording the record in a flash in February or March, for a late 2006 release.

But for now the battle against ego-fueled and deceitful music rages on for Murphy, as he takes his fantastic live band to New York's Nokia Theatre Wednesday, November 23. His non-stop touring this year, though self-destructive, has turned the live LCD experience -- eminently fun, easily my favorite live show in years -- into something of a crusade.

To wit: "When you see a 12-year-old lying, 'My uncle has a Ferrari,' depending on who you are, you're either filled with pity, or despite the fact that you know it's a 12-year-old and he doesn't know any better, you can't even listen to it, it makes you so angry. They're lying to make themselves look better, they're lying out of this really human, everyone does it, super-universal, grotesque thing. Whatever bands we have, whatever errors or moments of avarice or selfishness, that is just not the way we operate."