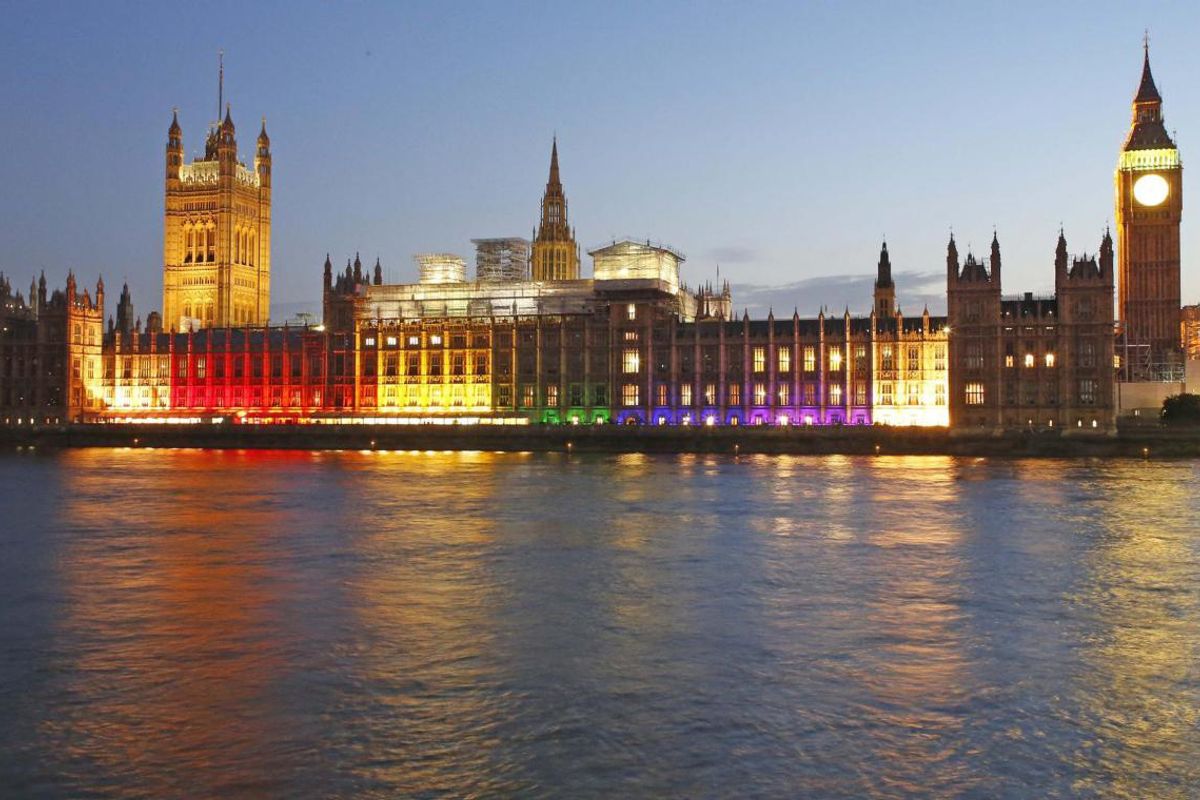 Parliament Gon' Be Lit (for Pride)

As the saying goes, "Rainbows make the world look better." Well that may not be an actual saying, but it's completely true, and British Parliament are taking heed. Today they announced that the Houses of Parliament in London will be lit up in rainbow colors to celebrate Pride in London for the first time, starting today and lasting the entire Pride weekend.

Along with the lights, the British government is making several small but meaningful gestures to honor Pride and the LGBT community. Staff members of Parliament will take part in the Pride parade, marching next to a double-decker that promotes Parliament as an inclusive and LGBT-friendly place to work. A rainbow flag will also be installed and flown from Portcullis House in Parliament. Escalators and street markers in Tube stations have already been rainbow-fied as well, with messages of Pride and love.

"Homosexuality is still illegal in over 70 countries around the world, including many in the Commonwealth, Lord Fowler, Speaker of the House of Lords said. "None of this will be solved by a march or a display of lights in Westminster. But these acts will demonstrate to those who are being persecuted or abused that they are supported. The lights are a symbol of our support." For once, a government seems to have awareness of the true impact of these actions, and while they won't absolve any major problems, they are essential in recognizing the rights and existence of the LGBT community.