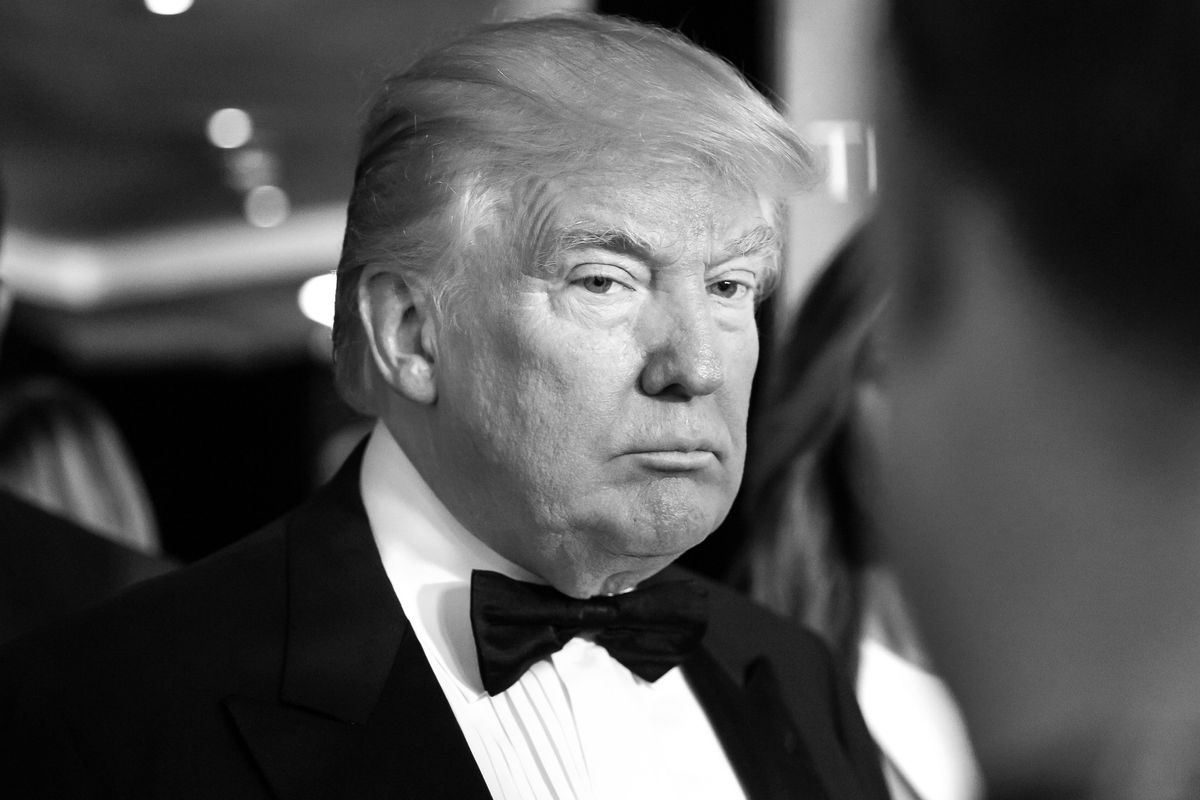 It's an understatement to say last night was a slap in the face to the young American electorate. Yesterday, Donald Trump outperformed all expectations and all polling predications -- pulling in 279 electoral votes propelled by white voters, which (unsurprisingly) included a huge rural turn-out, and (much more surprisingly) women and the college-educated.

This came as a massive surprise to all of us occupying the liberal echo chambers that are our big-city Facebook feeds and algorithm-induced progressive lull. To us, there was no way a corrupt, out-of-touch reality television host billionaire could win in the land of hard work and idealism. But Trump pulled the ultimate party trick: he extended his 15-minutes of political notoriety into at least four years. He convinced a majority of the economically-depressed American population that his hate-filled rhetoric would do more for the "everyday American" than an experienced politician with ample foreign policy experience -- and said majority believed him.

We pitted a joke against a poised, experienced politician who has dedicated her life to civil service, working a hundred times harder than any of her contemporaries to get to this point. It's proof that we will give the literal representation of straight white cis-male privilege and rage the nuclear codes, because, in 2016, we still don't believe a woman is fit to lead us. We are afraid of change.

So I'm going to say it -- America underestimates women, America is suspicious of people of color, America is fearful of progress.

But unfortunately, this is a truth that people of color, and especially women of color, reckon with every day of their existence. And it is a truth that they would have continued to reckon with whether or not we elected a Klu Klux Klan-endorsed man to the presidency last night. The fact that this race was so close to begin with is a disturbing indicator that racism isn't just in the margins of our electorate -- it lies deep within the heart of American society. It is veiled by the veneer of "traditional American values," it is guised as a platform promising stability to those closest to you.

America still clings onto this nostalgic ideal of America's dominance. Yes, we are still the most powerful and influential nation in the world -- but that's something that's come from great social progress and a dramatic shift in the way power has spread across the globe. To some, this is threatening, because change is scary. But the solution is to not blissfully remain in a bastardized parody of what "American greatness" means. We are great, but delusion is not. Yet, somehow to fulfill the fantasy, we elected a man who, instead of remaining realistic and proposing reasonable, small-scale changes, chose to create a fake world in which "the Other" is out to get us.

Last night, it became more and more obvious that resentment and restlessness is a dangerous combination, allowing rational people to ignore rational thinking. We have elected a known sexual assailant, xenophobe and misogynist to the highest office in our land, in what can only be described as an en-masse knee-jerk reaction to the last eight years of Democratic government and progress for minority groups of all stripes.

As such, this election is also a reminder to everyone to not underestimate or condescend to the politics of fear. Trump tapped into an American electorate that felt they were left high and dry by the Democratic Party, and, as a result, a vote for Trump, ironically, became a desperate, anger-fueled vote against the establishment.

But, if anything, we should take this moment to recalibrate, figure out what we did wrong and how to go forward from here. The right will undoubtedly be emboldened, so look after your LGBTQ friends, your friends of color, your Muslim friends -- anyone vulnerable to the reactionary actions the coming days will bring. And remember that this isn't the end. Because while we may have fallen short of history this time around, you can be sure as hell we'll be ready in four more years to fight back and go even further.