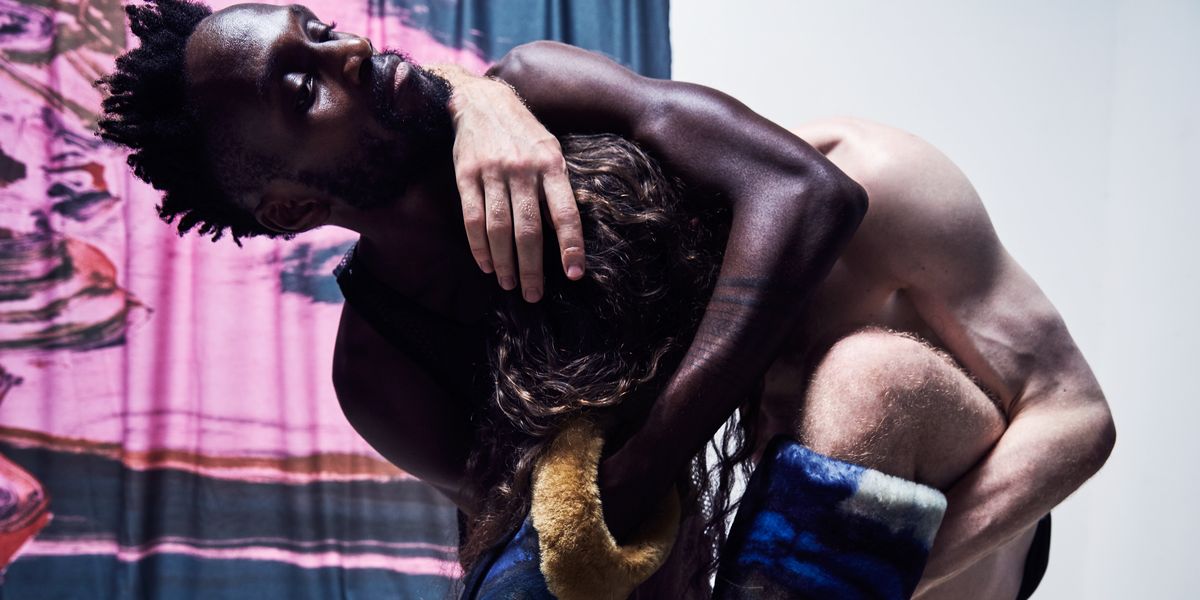 Following a boardwalk-ready collab with Eckhaus Latta this past spring, SoCal-bred footwear label UGG is gearing up for some colder weather with an equally artistic partner: LA-based creative Claire Tabouret.

A frequent collaborator, Tabouret originally made her debut for UGG with the SS20 Collective campaign, then reappeared as a face for the brand's #POWEREDBYHER initiative for International Women's Day 2020. Today, UGG is unveiling a fully fledged collection that blends UGG's signature silhouettes with references to Tabouret's most highly acclaimed paintings: Sitting and The Soldier.

"One thing that struck me was how women tend to sit with their legs nice and closed and how they're aware of not taking too much space." Tabouret tells PAPER of her large, life-size painting Sitting. "I looked to feminist protests and groups of women who are asking for more space, but also not wanting to take as much place as possible, and there's this very paradoxical awareness of the female body. That's what this painting is about: a very strong, but very respectful way of taking space as a group."

In contrast to Sitting's large physical presence, The Soldier exists in a smaller format inspired by work on paper, a concept that Tabouret hopes will speak to the duality of taking space. "The Soldier is actually based on a concept that I call battleground, where I was again, reflecting on how people take space," she explained.

"As an artist, sometimes you can be seen as a very heroic figure, making big paintings in a huge studio with lots of assistants. I think there is something very intellectual about an artist who's humble and discreet. I was interested in representing a more concurrent heroic woman, but also using a flash of neon pink. There's a constant back-and-forth."

Motifs from both artworks were digitally applied to each collaborative style, boasting a complementary blend of colors when seen up-close, and showcasing each piece when spotted from afar. The over-the-knee UGG x Claire Tabouret OTK Boot and cuffed Fluff Boot feature an upscale wedge heel and eye-catching artistic prints, plus sheepskin-lined shafts decorated with Tabouret's work.

"And it's super nice to see a brand who's interested in what people are doing in their life rather than what they look like," she says. "[This collaboration] fulfilled a longtime desire of mine: to be able to bring my painting world into things that people can actually wear."

Watch the UGG x Claire Tabouret Collection come to life in an interpretative performance filmed by Manuela Dalle and Jean Martin, below.