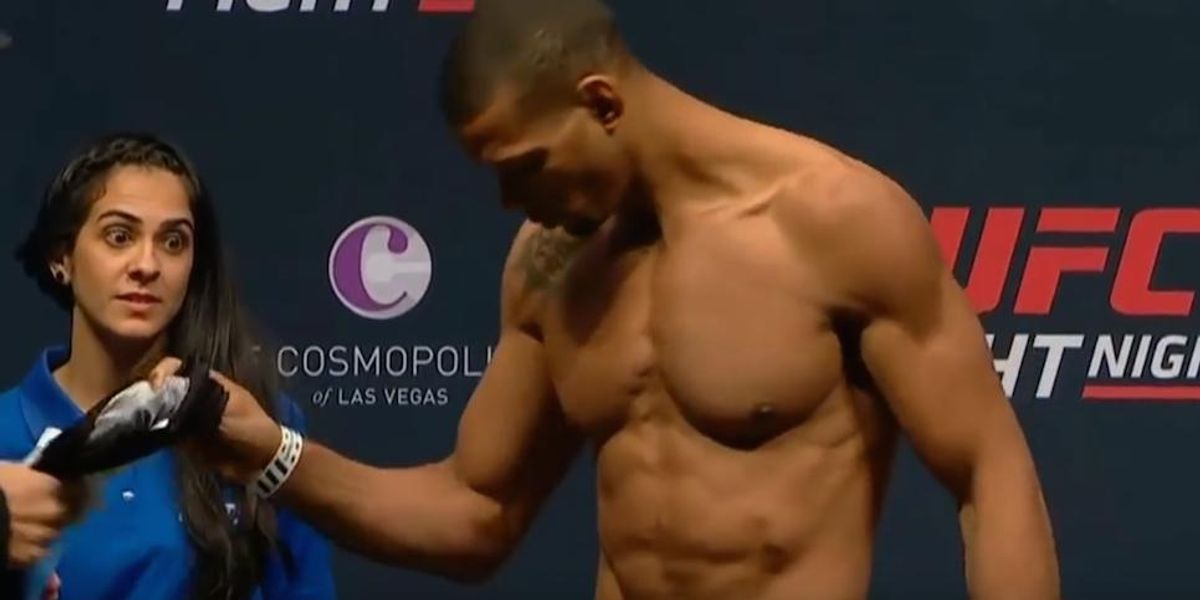 A video from December has officially become the first viral clip of 2016.

In the 1 minute, 30 second video, a Polo shirt-clad female attendant at a UFC weigh-in for "Fight Night" in Vegas visibly ogles the ripped fighters stripping down to their briefs before stepping on the scale.

By ogling, I mean, if ogling did cocaine, and then took an Adderall...

...then some more Adderall.

She's ogling for her own god damn self.

She's ogling for all of us.

God bless her and her fabulous eyeballs.