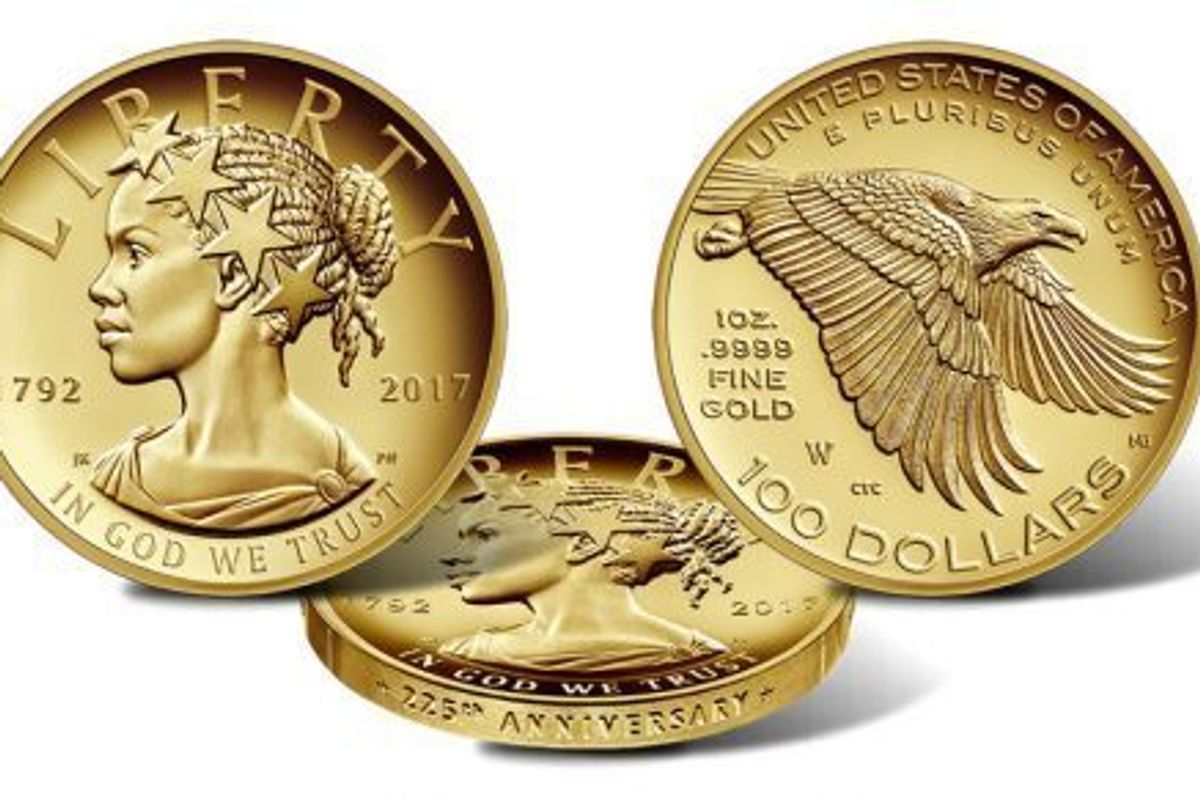 In a historic first, Lady Liberty will be black on a new $100 coin.

Unveiled yesterday to much fanfare, the commemorative, Justin Kunz-designed coin celebrates the U.S. Mint and Treasury's 225th anniversary and is the first in a new series of coins depicting Lady Liberty as women of color, with plans for Latina, indigenous and Asian-American depictions in the works. An effort "to reflect the cultural and ethnic diversity of the United States," all we gotta say is it's about time.