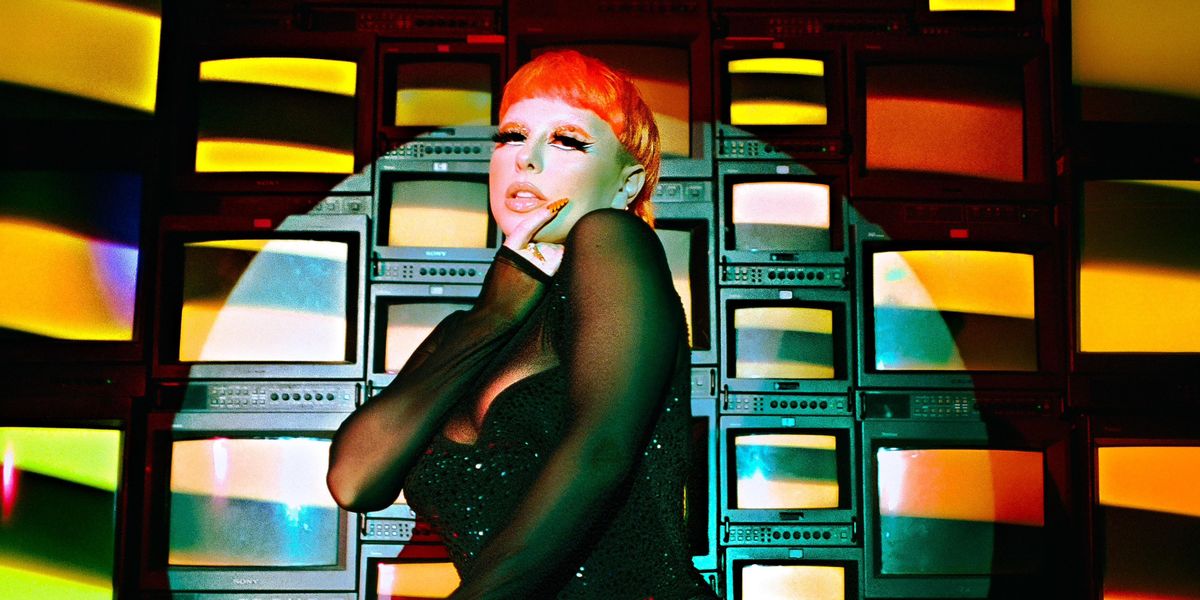 Dance Through Heartbreak With Tzar

Like all the pop greats before her, Tzar wants to get you crying on the dance floor — an art perfected by the likes of Robyn, who use '80s-inflected dance production to set up their most personal stories of heartbreak. On I'm ok, Tzar's debut EP available now, the LA by way of Moscow musician documents her journey in and out of love across seven tracks. As its title suggests though, Tzar came out on the other side to share her experience.

Related | TWINKIDS' Album 'Nobody Likes Me' Is Sweet Catharsis

"The songs are all mementos into my life when it felt like I was witnessing everything around me falling apart while also somehow knowing that it was just the beginning in so many ways," Tzar says of I'm ok. "All these records bear witness to who I was at the time and how I journeyed through a nearly decades' long relationship falling apart."

On EP hightlight "Now That Ur Gone," Tzar reaches the point we all fantasize about post-breakup, when the clouds finally clear and life begins to feel like a dream again. The David Dutton-directed music video, featuring choreography by Ben Chung, brings this energy to life, as Tzar dances alone throughout an empty home. "Now that you're gone, this song is on repeat," she sings, surrounded by nostalgic, lo-fi edits.

"The video for 'Now That Ur Gone' started out when I wrote the record," Tzar continues. "I was fresh out of a long-term relationship and I was literally alone on the floor in the house I was about to move out of. The song was describing how I felt alone and liberated at the same time after everything in my life seemingly fell apart. When I was completely reduced to myself with no distractions and with nobody else around."

Below, Tzar breaks down every track off I'm ok and the 10-year-long relationship that inspired her songwriting on the EP.

"What Ur Lookin' For"

Even though this was the first single, we actually wrote it last in the process of the EP. I worked on this record with Djemba Djemba, Hollis Wong-Wear, Kid Froopy and JULIA LEWiS. It became a song that directly reflected where I was in my life at the time. I had just gotten out of an almost 10-year-long relationship and for the first time since that collapsed, I felt a sense of hope and possibility with another person.

I walked in the studio the day we wrote "I'm OK," and Sam, the producer and co-writer of the record, played me a bunch of beats. I pretty much instantly gravitated toward this one. Something about the shimmery synths and '80s chords instantly made me want to create a Whitney Houston-esque melody and vocal. The music really allowed me to tap in with that '80s pop space where singers that really sang still made records everyone wanted to dance to.

"Now That Ur Gone"

"Now That Ur Gone" felt like a movie from the minute I heard the music. The lyrics seemed to pour out of me as I described what I saw in my head. The song describes that moment when you realize you're finally alone after a relationship falls apart and you find yourself desperately yearning to get that love back. In my mind, the movie played out as a one-shot dance number in the empty streets of LA. As the dance went on, it became an embrace of the loneliness the city can make you feel. As the shot progressed, its almost as if the landscape itself would become my dance partner. In my mind, LA represented my missing lover and served as a comfort and reminder of a love that once existed.

"Rocket Science" was a declaration of power in my individuality — a record that expressed me standing in my power after my life had seemingly fallen apart. I was reclaiming what love meant to me with this song.

This record was one of the first I wrote for this EP. I was in New York with the MEMBA boys. We went into Redbull studios and honestly it all just happened super fast. I was alone for the first time in nearly a decade and wrote this record after what seemed to be a reconciliatory and revelatory moment between me and my ex-partner.

The one true vulnerable ballad on the EP. I remember when my manager showed me Kid Froopy's loop of that dizzying synth riff you hear in the bulk of the background in the record. It was so mesmerizing and, like for a lot of this project, the words just came out of me.

After a year of being single and doing some deep inner healing and work, I slowly started coming out of my shell again. "FBA" was an anthem I wrote after having encountered one too many man-children. So I wrote a record about the last one I will ever deal with in my life [laughs].