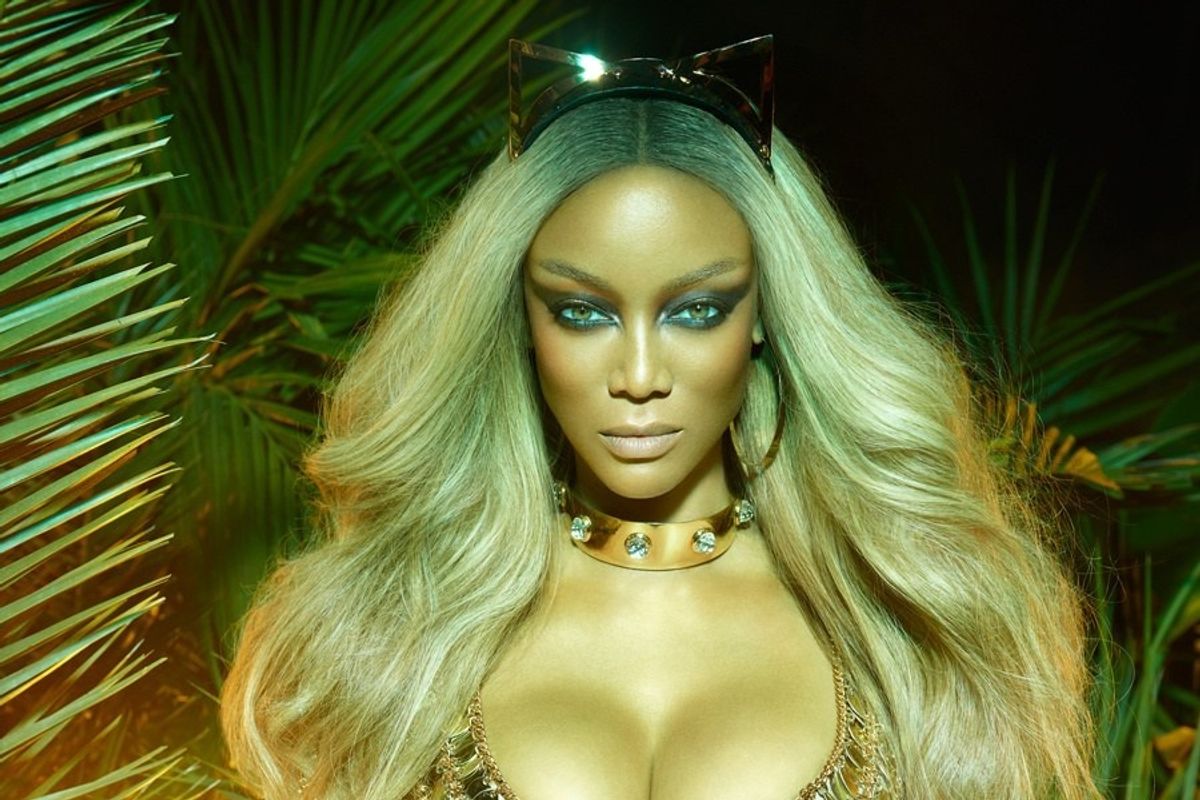 Tyra Banks knows how to run a successful TV show. After a long stint at America's Next Top Model, the model and producer is now taking her spectacular skills to a new docu-series titled Beauty.

For the brand new project, Banks has partnered with Quibi (a new mobile streaming service), that will see the model star in it as well as executive produce it, Variety reports.

Dubbed as a "body positive" series, Beauty aims to help "break down barriers and challenge traditional notions of beauty."

"As I look into the future, I see radical changes in both how people 'attain beauty,' and how the world perceives beauty, Banks told Variety. "Our docu-series aims to expand and redefine the definition of beauty as we know it, challenging why we accept certain beauty parameters and reject others, and examining the beliefs behind those judgements."

The model, who recently changed her professional name to BanX, has championed diverse body types within media and fashion for a good part of her career along with her role as a judge on America's Next Top Model. Although no premiere date for the show has been announced yet, Quibi is set to debut in 2020.

First unveiled in August 2018, the streaming network is set for a huge launch with a $1 billion investment pulled in from several investors. Aside from Banks' new series, the network will also inlcude projects from the likes of Guillermo del Toro, Antoine Fuqua, Sam Raimi and Steven Spielberg, who is reportedly working on a horror series for Quibi.

Each series on the platform is expected to be two to four hours in length, with each one divided into segments that will no longer than 10 minutes each, Variety reports.