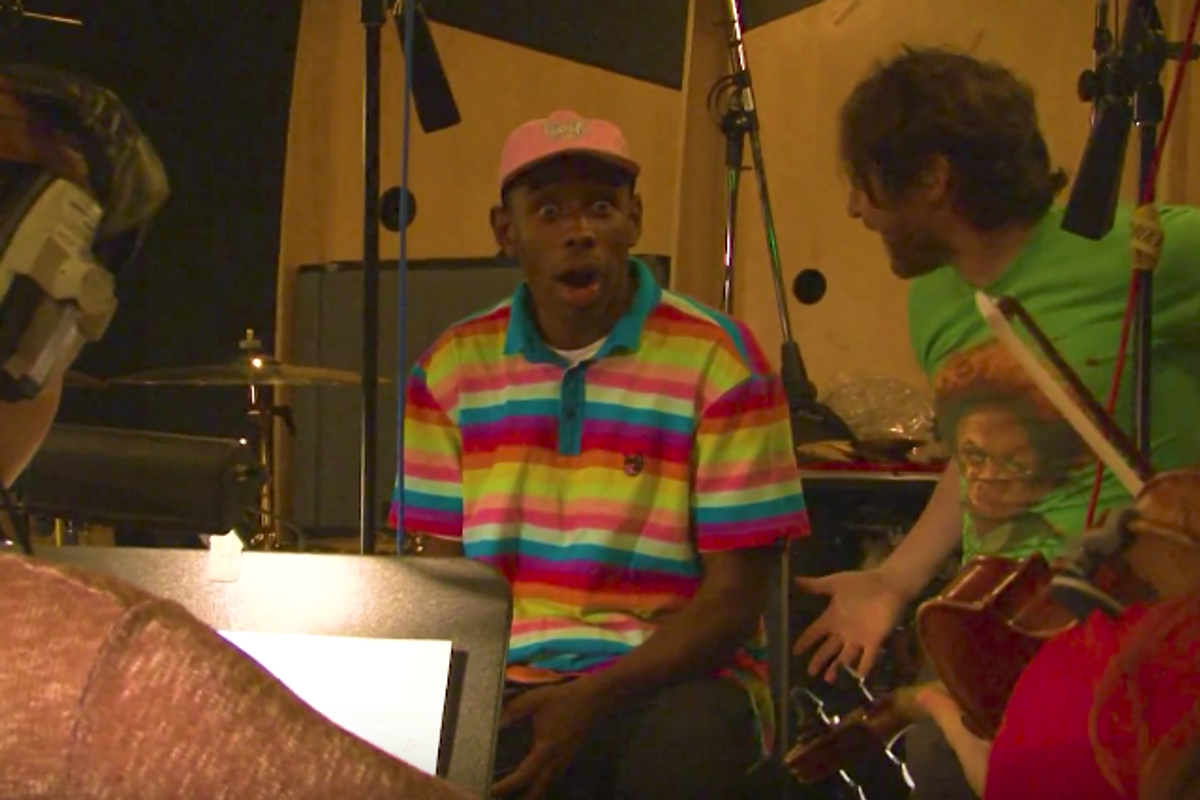 It feels like it's been a real minute since we've had a complete musical project from hands-in-many-pies Tyler the Creator, but we definitely shouldn't be counting him out any time soon.

Back in January, skate brand Illegal Civilization debuted the Mikey Alfred-directed film "Cherry Bomb the documentary" which showed the entire process behind the making of Tyler's 2015 album. While there's plenty of gallivanting with pals and hanging with famous friends, Tyler's collaboration with other musicians and vocalists exhibits both how hands-on and meticulous he is in creating his sound. Look out for all the cameos on cameos, namely Frank Ocean, A$AP Rocky, Kanye West, Lil Wayne, Syd and even Bella Hadid make an appearance. Alfred has now made the full doc accessible online, for your viewing pleasure.