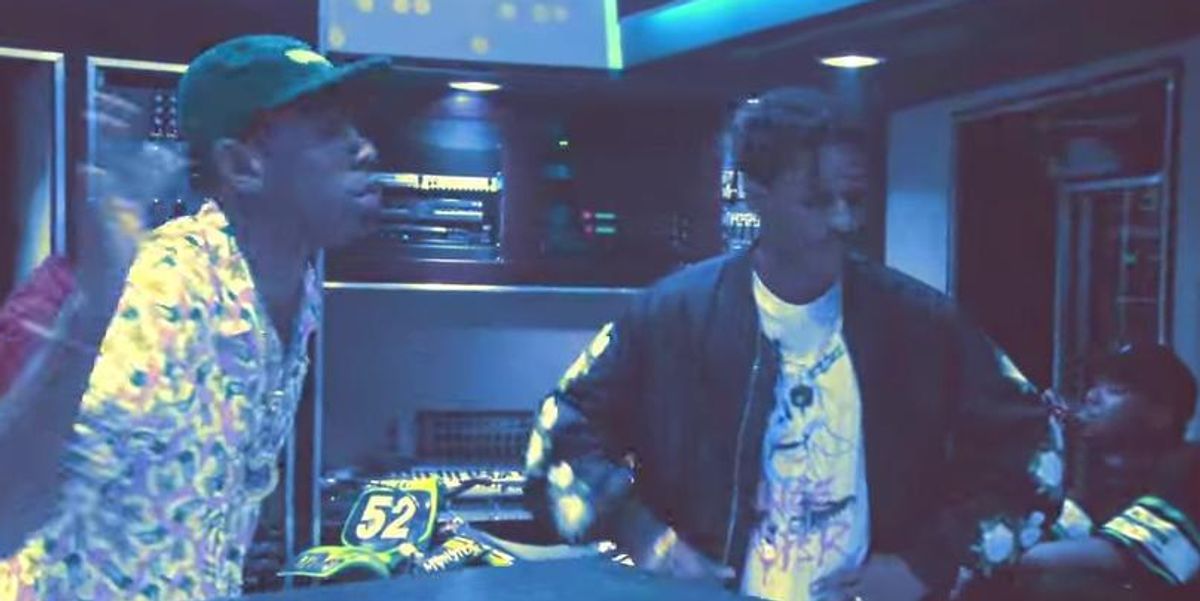 Tyler the Creator takes Life of Pablo track "Freestyle 4" and does exactly what the title suggests, and layering his own rap over the beat. Clips of Tyler rapping to the song appeared on A$AP Rocky's Snapchat earlier this week, but today brings the full-length video. Tyler is joined by fellow Odd Future members Domo Genesis, Jasper, and Taco, as well as A$AP Rocky doing a bit of hypeman work and a dirtbike. The video is titled "What the Fuck Right Now," and shot in a studio as everyone has a grand old time, dancing, jumping around and doing backflips, hanging off the furniture. "What the Fuck Right Now" isn't as artful as some of the other videos Tyler's dropped lately, but sometimes you just want to have a hell of a good time with your friends.