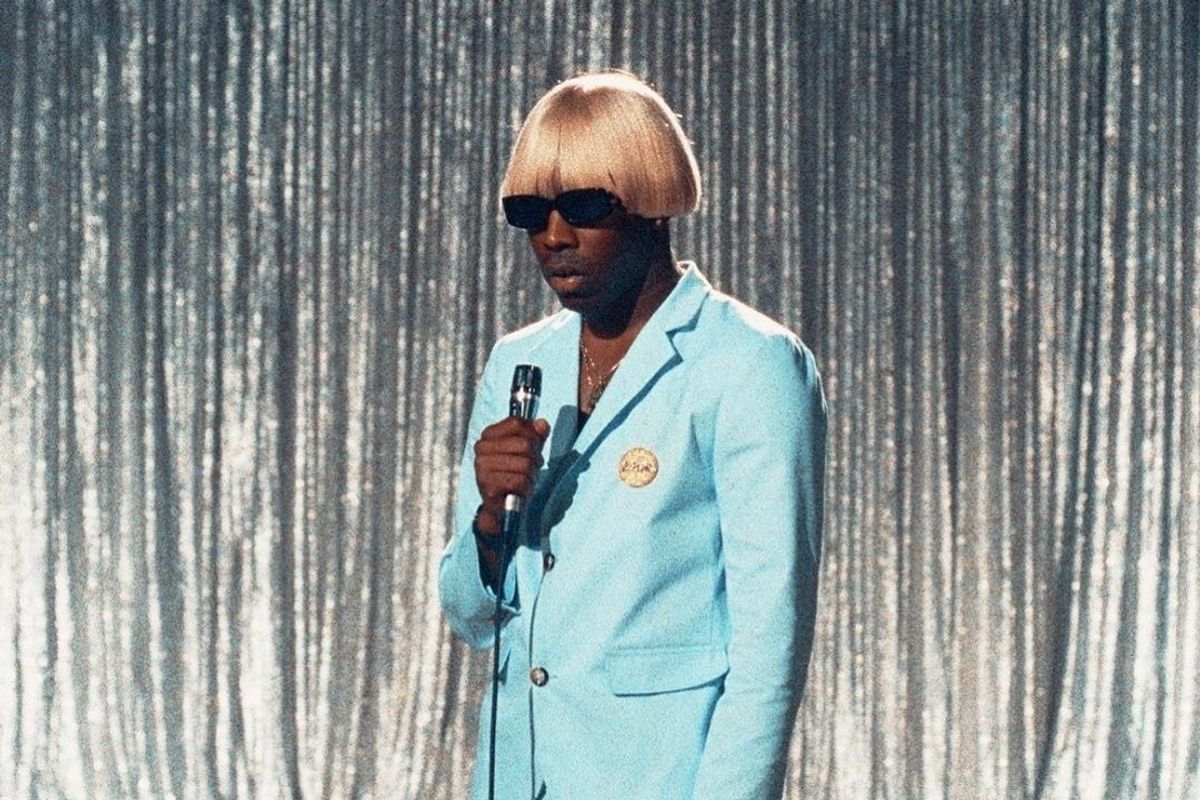 Tyler, the Creator’s 'IGOR' Is a Shapeshifting Collage

After a few listens straight through Tyler, the Creator's newest project — at his recommendation — I'm still unsure what it's about. Tyler does warn in his directions, however, that Igor should be listened to without expectations so as to have an unadulterated first-time listening experience. Still, it's hard to press play and not harbor some preconceived notion of what an album featuring rap maestros like Playboi Carti and Kanye West sounds like.

Tyler also warned that the surprise album wasn't anything like his previous releases, and he certainly delivered on that promise. While not completely unexpected, the sound combinations on Igor are jarringly lo-fi, brightened only by spurts of energetic vocals and receding '80s synths. There's a fair amount of distortion employed in the construction of sustained kicks and backing keys, but none of these elements remain for too long at any one point. Where his past albums, like Cherry Bomb and Wolf, delighted in terrorizing speakers' volume limits and their abilities to maintain gurgling bass lines, Igor delights in taunting.

The ebb and flow of energy within Igor's instrumentation isn't the only exciting part about it, though; the lyrics are unsurprisingly clever at times, but tease in the same way the accompanying instrumentals do. It's clear that Tyler is deliberately oscillating between calling upon pop-rap tropes and calling upon his unmatched lyricism. Songs like "What's Good" contain a repeated motif, "I see the light," perhaps to fill space or to cushion the blow of the more crushing drum hits. "Dracula, Dracula, Dracula Suck me first, I might get back at ya," he cuts in quickly during the song's third verse. The line puts this oscillation at the forefront, but also clearly marks a moment when the lo-fi filter on his vocals is lifted and his words become pops rather than waves in an undercurrent.

Much of the album is like this: an imperfect collage of pitches, frequencies, and styles. On the over-six-minutes-long "Gone, Gone / Thank You," Tyler pieces together soaring vocals that sound like they might be heard from underneath the floorboards of a choir practice with his classic, musing rap tone. In the same song, spoken-word vocal samples exist alongside a shifting drum pattern. The cut-and-paste project is intricate, but also falling apart — which is maybe what makes it so damn entertaining to listen to. On no other album could you hear a single song that contains twinkling synths and a verse from Playboi Carti with a reference to Woah Vicky. Igor is the chaotic cousin to Tyler's already chaotic discography, heightening the stakes with each fiery verse, soaring chorus, and buzzing backing track.

Stream Tyler, the Creator's Igor, below.

Photo courtesy of Tyler, the Creator