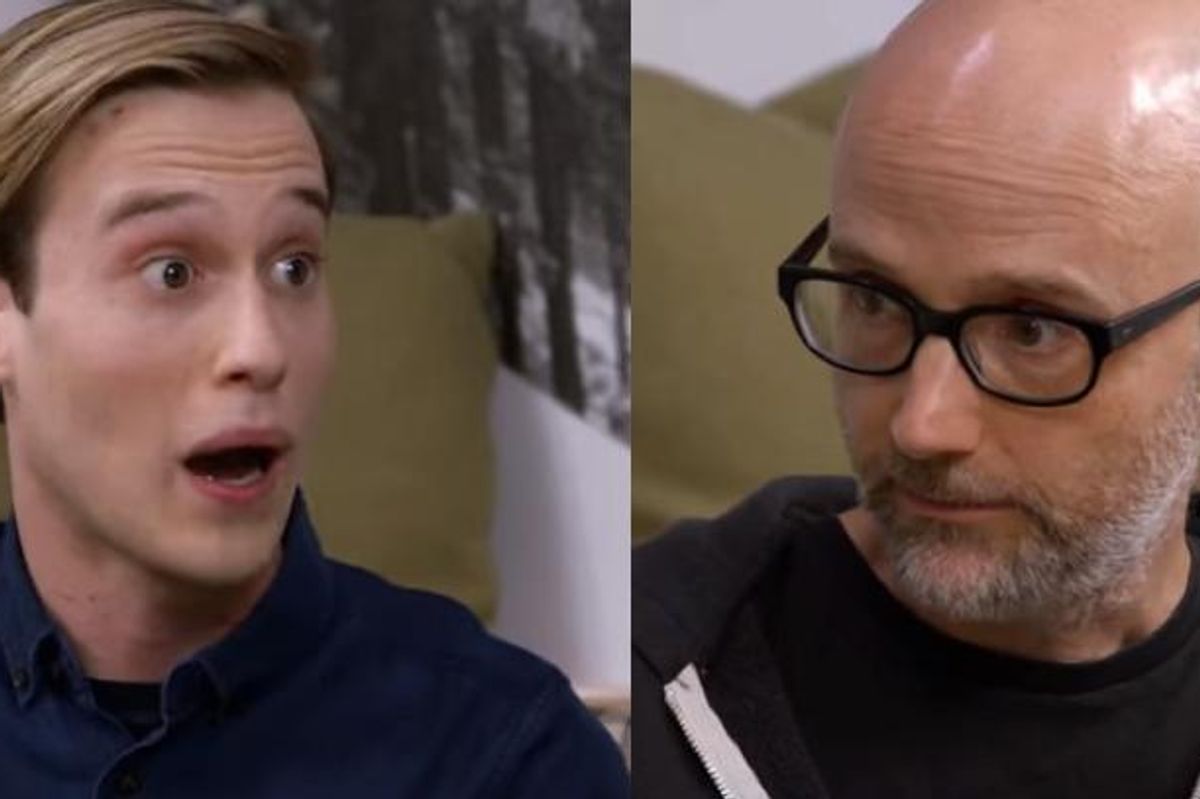 Tyler Henry, the "Hollywood Medium," who doesn't have a driver's license but CAN commune with dead loved ones of a very random assortment of famous people, features musician Moby on his ostensibly popular E! reality show, The Hollywood Medium.

In the segment, 20-year-old Henry--who always claims to not "know" any of the celebrities he meets with (not even 1st Look's Audrina Patridge)--hones in on New Jersey native Moby's father, after touching an item of significance for Moby.

Henry says he's picking up on a "New Jersey" vibe, and then goes back into Moby's father's family tree, relaying his feeling that alcoholism was very present for multiple generations.

Moby appears to genuinely believe Henry, asking, "Are you sure we've never met before?" which makes the black-eyed, self-proclaimed link to the dead laughs and laughs.

Moby then confirms that his father, a chemistry professor, did, in fact, die in a drunk driving accident, because he was an alcoholic.

Then Tyler says "Wow, OK," and makes this face.

When you search for Moby's father's name, James Frederick Hall -- which is listed on Moby's Wikipedia page -- one of the first search results is for Hall's ancestry.com page, which shows he was born and died in New Jersey.

Then there is this Guardian profile, where Moby talks about his father, who was an alcoholic, and a chemistry professor, and died in a car crash, because he was drunk, and driving.