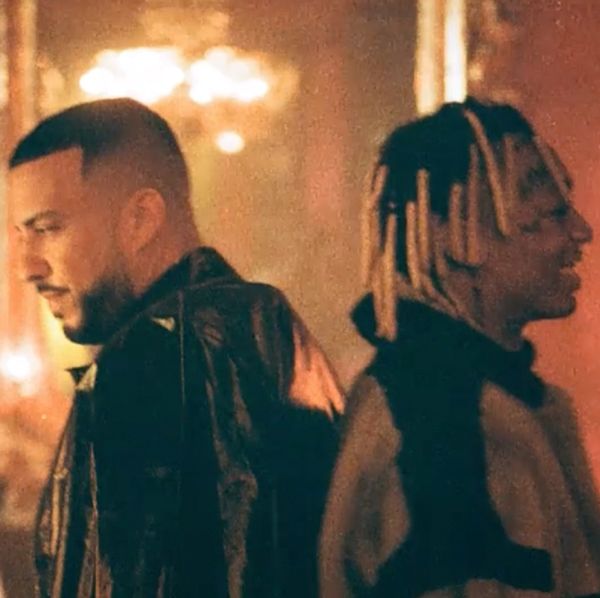 The latest Tyla Yaweh single to receive a visual treatment is "Salute," featuring French Montana and off the Florida singer/rapper's debut album, Heart Full of Rage. The video, premiering today on PAPER, is directed by Sebastian Sdaigui, and it's a dark, decadent garden party at a posh estate, during which something could go horribly wrong. In terms of cinematography, the clip seems loosely inspired by horror movies.

One scene shows Yaweh in a garden with umbrella-clad dancers uniformly wearing all black on either side of him. Another shows wide-eyed woman being prepared for a baptism, with allusions throughout to death and rebirth. Montana is filmed inside, surrounded by dancers, but something still feels a little off. The tension of these moments relies on the viewer's curiosity to drawn them in, not unlike a suspenseful thriller.

This is all juxtaposed with the dark but catchy song, which features lyrics about a love interest who loses herself in a haze of alcohol. Yaweh said that when it came to making the video, he wanted to showcase a darker side of his artistry.

"I wanted the video for Salute to be a mix of different sides of me, mixing twisted vibes and dark imagery with fun times and sick fashion," Yaweh says. "I love working with [director] Sebastian Sdaigui, who directed my last video, too. He always captures my vision authentically. Working with my guy French Montana on this song was great, and the energy on set was amazing! I'm just a young rock star that loves to have fun, and I hope with this song everybody takes a shot of whatever they love to drink and wild out."