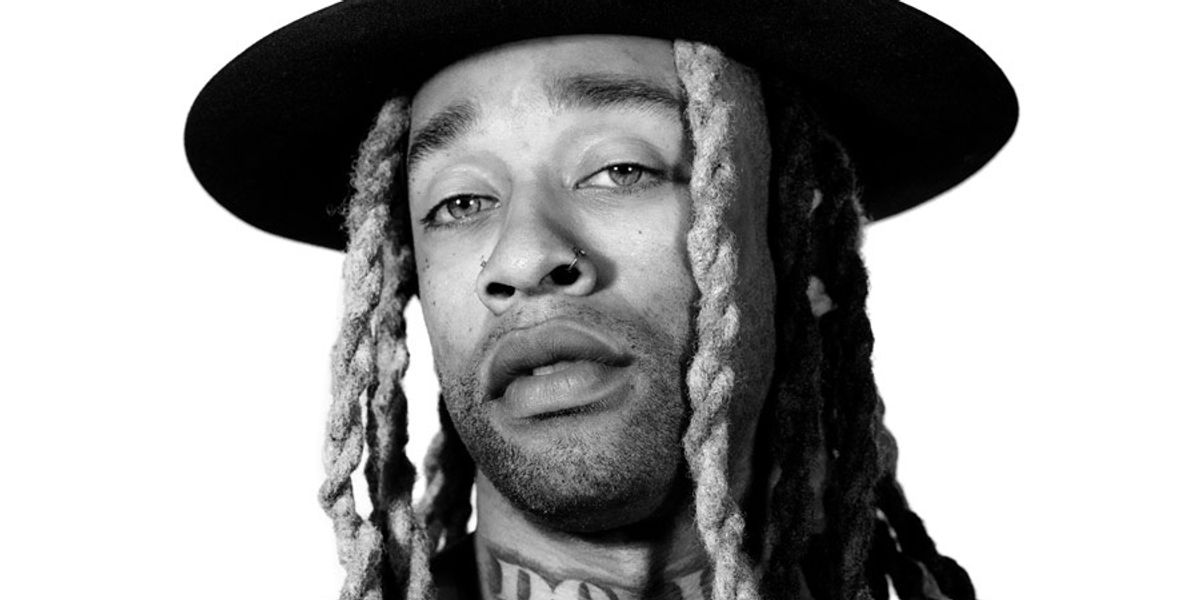 Ty Dolla $ign: 'I Was Never a Rapper'

Ty Dolla $ign is more than just an artist — within hip-hop circles, he's practically an institution. Born Tyrone William Griffin Jr., the singer/songwriter has written tracks and contributed hooks for some of the biggest names in music (think: Kanye West, Nicki Minaj and Chance the Rapper, among others), and you'll see him credited, if not featured, on what seems like every hip-hop or R&B track on the charts this year (including Minaj and Jason Derulo's "Swalla" and 2 Chainz' "It's a Vibe"). In fact, it's said his suffix "Dolla $ign" was bestowed upon him during a session with long-time collaborator and fellow LA native YG because anything hit-maker Ty touches turns to gold (or platinum). And while he's shared this Midas touch with countless other artists so far, it's now time for his own music, like his latest album, Beach House 3, to really shine.

Beach House 3 is obviously a reference to your mixtapes. I'm curious why you revived that title, and what's changed for you since those early days?

Yeah, with the Beach House mixtapes I never really explained what it meant, but with this Beach House — shit, I'll tell you now, I want people to know — when I was a child, my parents would take my brother and sister and I to this one lot at a beach, and we would talk about how we were going to build this dream house. Then my parents broke up and everyone forgot about that. But I never forgot about that. I wanted people to take away that it's possible — whatever you want in life [is possible]. In the beginning it was hard as fuck, but I did it.

But even when you have the beach house, there's always going to be another one you want.

Yeah, there's so much more to get. Exactly. It's like an addiction, getting to the next level and the next.

How was that early hustle? Were you big on being at the party, on the scene?

Hell nah, I'm a real fucking music nerd psycho. If it wasn't for YG, I probably would never have even made it in this game — he was the one that took me out to all these parties and clubs. Even to this day, to be completely honest, I fucking hate going to the club.

How has your sound shifted since then?

Well, I pay attention to all the comments and all the tweets, and so when people all say, you know, "We like to hear your singing voice," I really tapped into that. I want to make sure people know I'm not a rapper, I was never a rapper, I don't have one rap song. You know what? It's my name. My name is rappy. Maybe I got to change it.

But it's so fitting because your name is synonymous now with money. When someone needs a hit, you're the guy they call. Did you ever worry that because you're everybody's go-to feature, you were destined to just be put in a box?

Nah never, because I know I can make the music. A lot of the songs I'm hopping on are my songs — I'm giving away songs. When I gave "Loyal" to Chris Brown, that was the right move. I love the fact I have the recognition from other artists. I hear all the jokes like "Ty Feature $ign" — but what's wrong with collaborating? It's like suck it... I think whoever said it's cool to go [platinum with no features] should take their dick out of their mouth and put it back in their pants.

You came up singing songs about sex, but given the current political landscape, do you ever feel pressure to diversify and sing about social justice issues?

I don't feel like I have to, but my music is stepping up in all levels. You know when I put out Campaign, I had my friends speak out about the election. I felt like everybody in the music business was speaking against him being elected. It was like, "What the fuck is going on? Are we really that out of control?" It's important for everyone to get involved.

Ty Dolla $ign teamed up with photographer Mark Seliger to create an homage to Seliger's iconic 1998 photos of Lenny Kravitz.