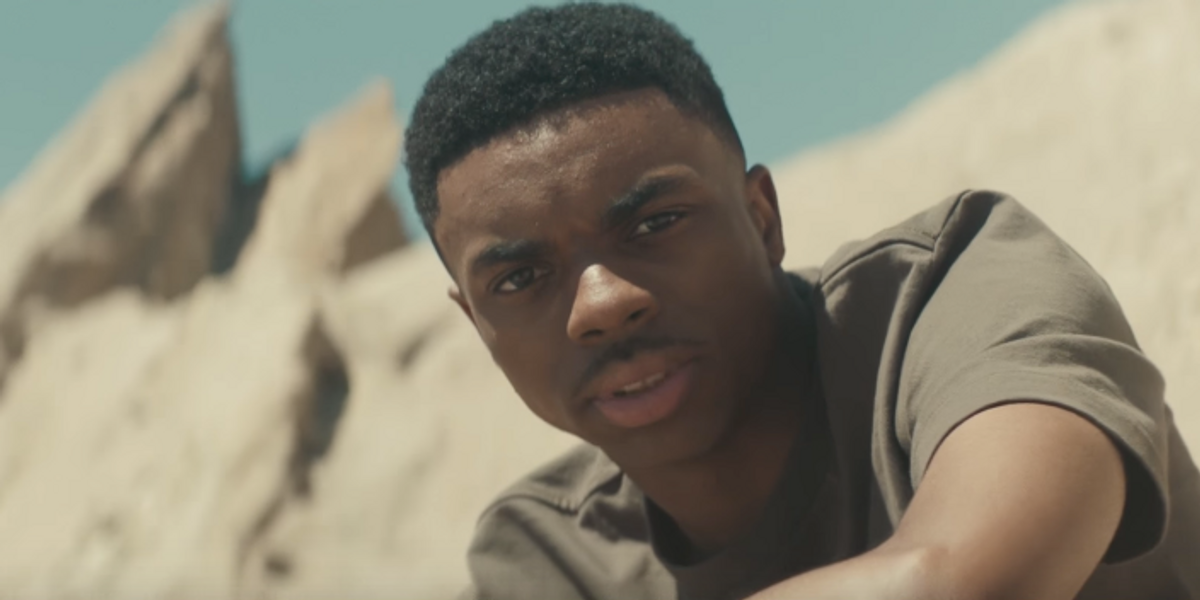 Just in time for his new album, Big Fish Theory, out today, Sprite fave Vince Staples and Ty Dolla $ign have teamed up for a new video, "Rain Come Down" — the first music video produced by the beverage brand.

The David Helman-directed video sees the two hit the desert, primarily following a dehydrated Staples who plays spin-the-[Sprite]-bottle alone, before discovering a lone diner that will serve him an ice-cold Sprite. Serendipitously, the rain does, in fact, come down when the rap star is reunited with his soda. Staples no doubt garnered the company's attention with his "Norf Norf" lyric, "bitch you thirsty, please grab a Sprite" — now inscribed on his own can of Sprite.