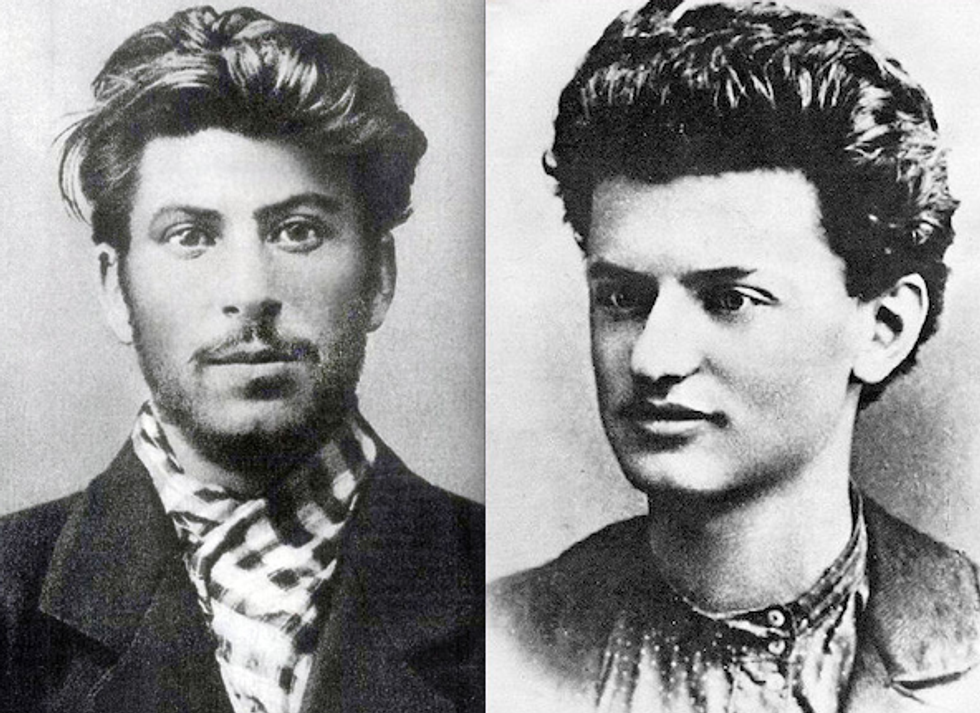 Joseph Stalin c. 1902 (around 23 years old) & Leon Trotsky c. 1897(around 18 years old)
Lately (and randomly), it has come to our attention that before they were creating 5-year plans and committing mass atrocities in the name of Communism, Joseph Stalin and rival Leon Trotsky were, um... babes. Look at those heads of hair!  There are dudes in Hollywood who would pay big money for locks like that. And, actually, Stalin and Trotsky bear more than a passing resemblance to a few celebs.  Earlier today, we linked to Pleated Jeans' uncanny side-by-side of Trotsky and Parks and Recreation's Jean Ralphio. Totallylookslike.com also points out he could easily be mistaken for Andrew Garfield, Zach Braff or DJ Pauly D. As for Stalin, we see a little resemblance to Zac Efron mixed with a pinch of Jake Gyllenhaal and a dash of a Hemsworth brother.