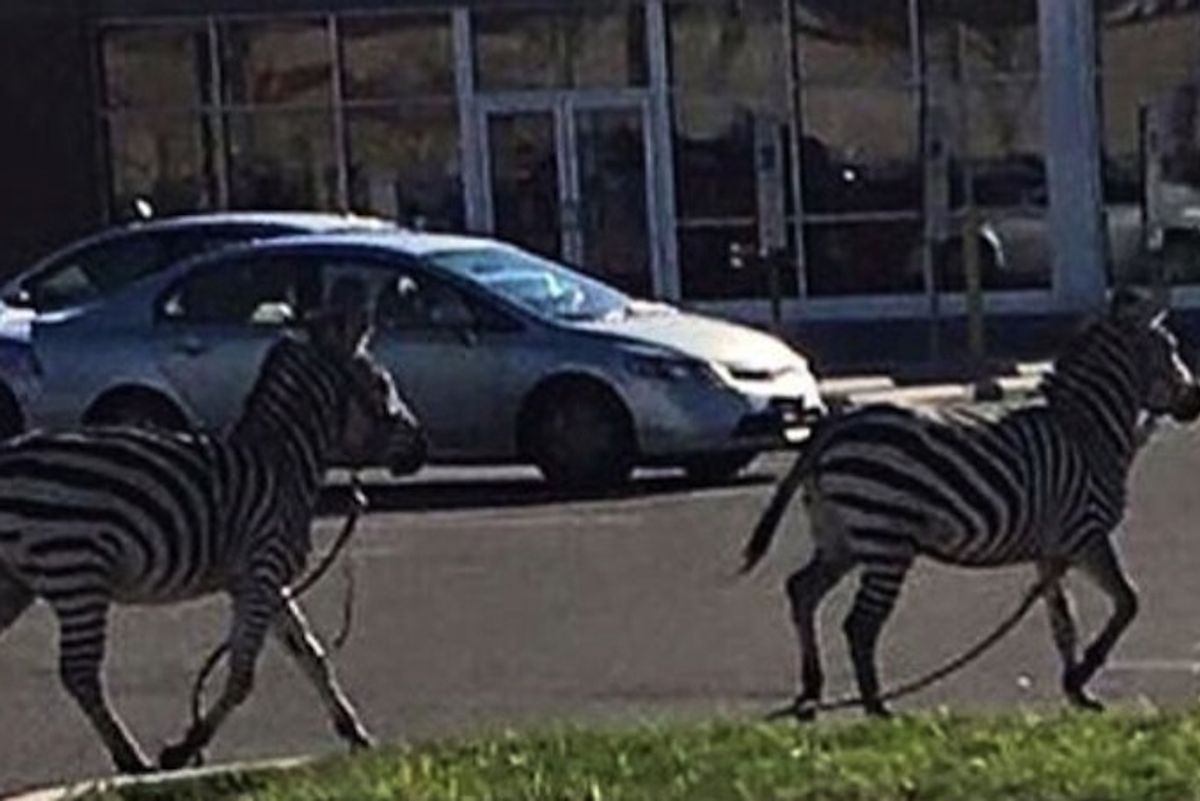 Two Stunt Queen Zebras Escaped From the Circus In Philly, Because You Can't Tame A Wild Heart

West Philadelphia was GRIPPED in fear yesterday after two zebras (as bold as their color patterns) broke out of the UniverSoul Circus in the Fairmount Park area of the city, leading the police on a terrifying chase through the neighborhood.

The animals, reportedly working in tandem, broke through the front gate of the traveling festival, and made a go for the open horizon at around 2 pm.

"It's other all or nothin'" one of them reportedly said that morning.

"I'm not going to die here," the second added.

20 minutes after their breakout, the first of the pair was caught and restrained; while the second stayed tried and true to their death pact.

Finally, almost an hour later, on City Avenue (which is a good 2 miles from where the jailbreak occurred), the second zebra resigned to the will of the man.

...the Philadelphia Police sent out this glorious tweet regarding the incident.

Today, while you stare at your blinking cursor in a GChat box, look out the window, and try not to crack a smile at the resilience of two zebras who dared to challenge the system.