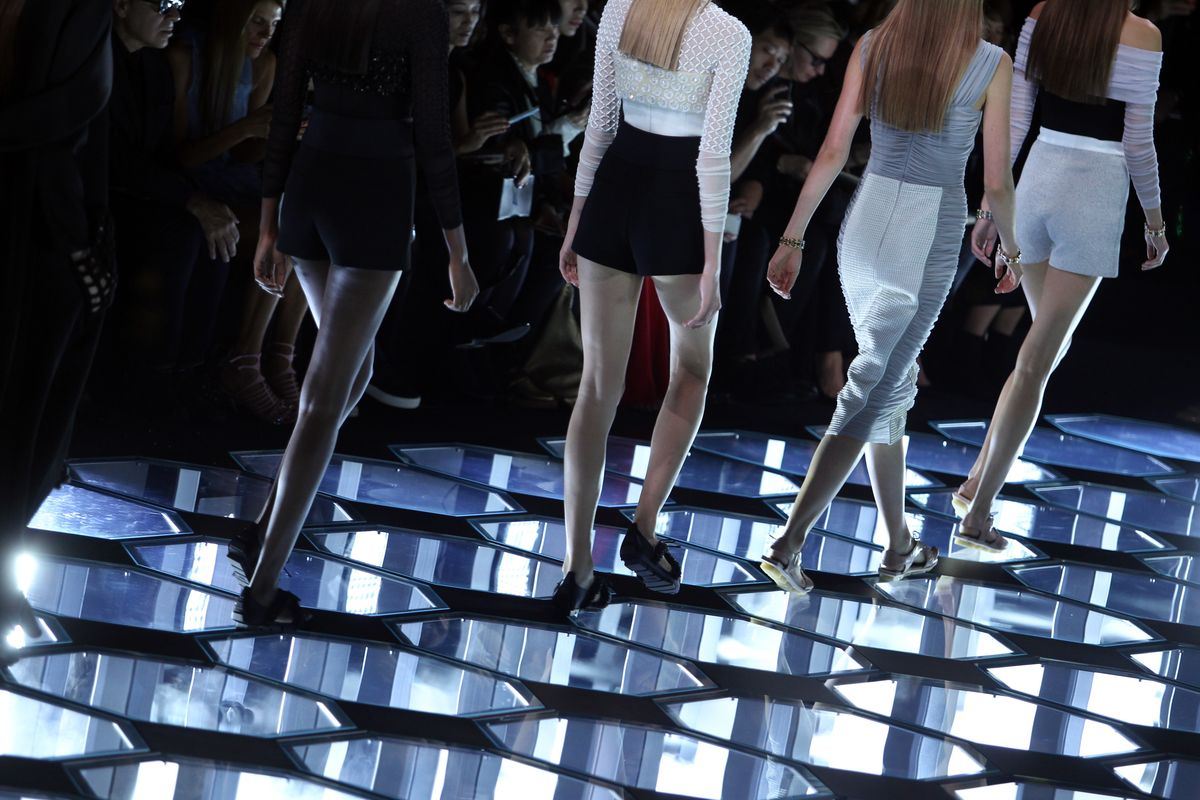 French fashion conglomerates Kering and LVMH announced today (the first day of New York Fashion Week) that they would no longer allow underage or underweight models to walk in any of their runway shows globally.

The charter, obtained by The Cut, is a response to decades-long criticism that the fashion industry not only promotes unattainable images of weight and beauty to its consumers, but causes eating disorders among models trying to achieve those standards. Notably, casting director James Scully gave a talk in December about the inhumanity in the industry and specifically called out Balenciaga (owned by Kering) and Lanvin on Instagram in Feburary.

The charter, titled "The Charter on Working Relations With Fashion Models and Their Well-Being," was co-created and signed by the two industry giants. The companies said they will not cast models under the age of 16 or below a size 2 for women and size 34 for men.

Together, the two companies own some of the most influential fashion houses in the world, including Christian Dior, Louis Vuitton, Marc Jacobs, Alexander McQueen, Balenciaga, and Saint Laurent.

In a statement, Kering CEO and chairman François-Henri Pinault said, "Respecting the dignity of all women has always been both a personal commitment for me and a priority for Kering as a Group. Through the establishment of this charter and our commitment to abide by its terms, we are once again manifesting the importance of this core value in a very concrete manner."

LVMH Board of Directors member, Loro Piana chairman and Berluti CEO Antoine Arnault said, "We have the responsibility of building new standards for fashion and we hope to be followed by other players in our sector."

The Health and Care section of the charter reads:

— The brands commit to working solely with models who are able to present a valid medical certificate, provided by the agencies and obtained less than six months before the shooting or the fashion show, attesting to their good health and ability to work

— The brands commit to ban size 32 for women and size 42 for men (French measurement) from their casting requirements, and will thereby require casting agencies to present women and men models who are respectively size 34 or over, and 44 or over

And the Young Models section says:

— The presence of a chaperon/guardian appointed by their agencies, and who can also be one of the model's parents, is mandatory for models from 16 to 18 years of age

The charter's other six sections include more requirements for brand's when working with models, including stipulations for providing food and water, a code of conduct for nude shoots and providing privacy while changing.