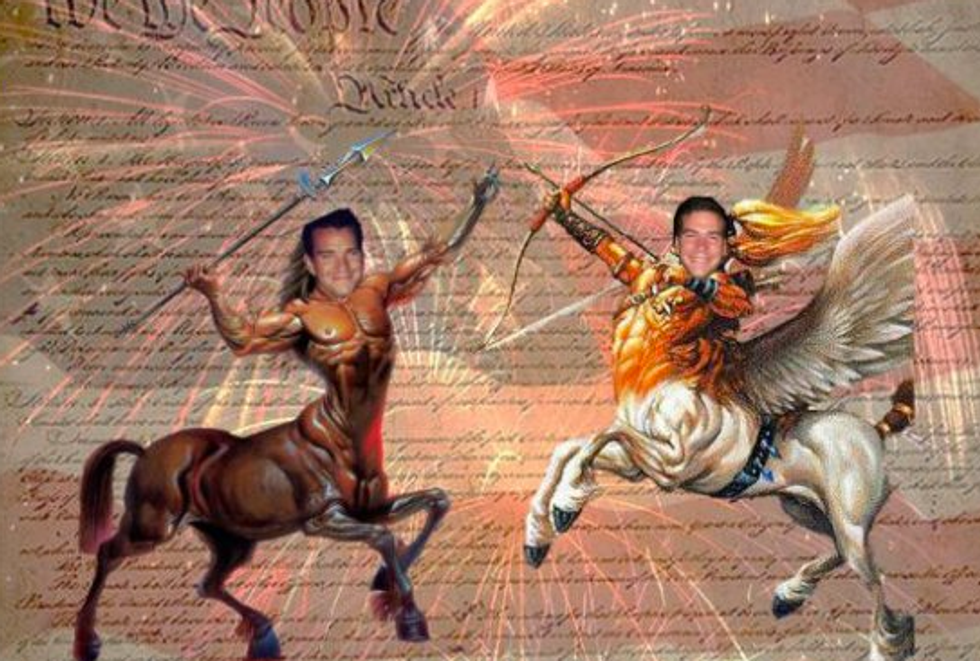 Two centaur bros (literally) went to Craigslist in search of dates to their cousin's upcoming wedding and, well, their ad is kind of awesome (and, fittingly, has gotten hundreds of responses). Highlights include descriptions of themselves as:

They seem like a real fun time, actually. [via Daily Intel/Hyper Vocal] 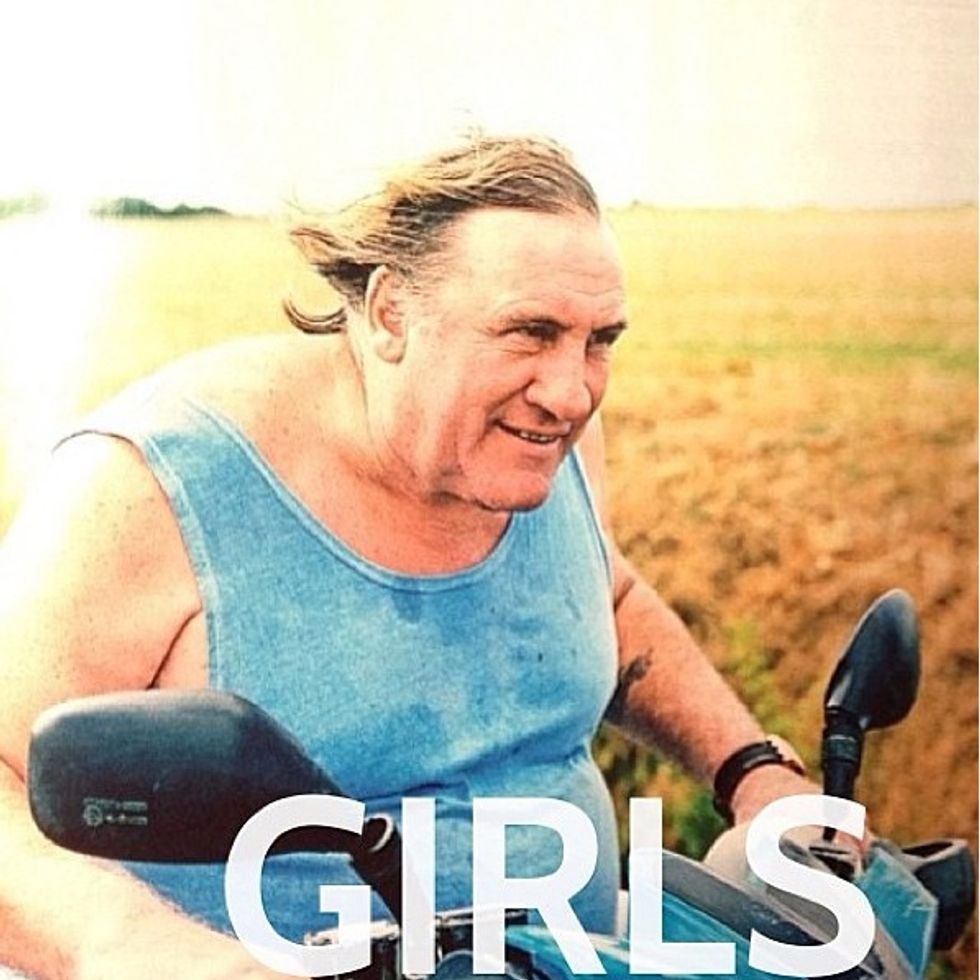 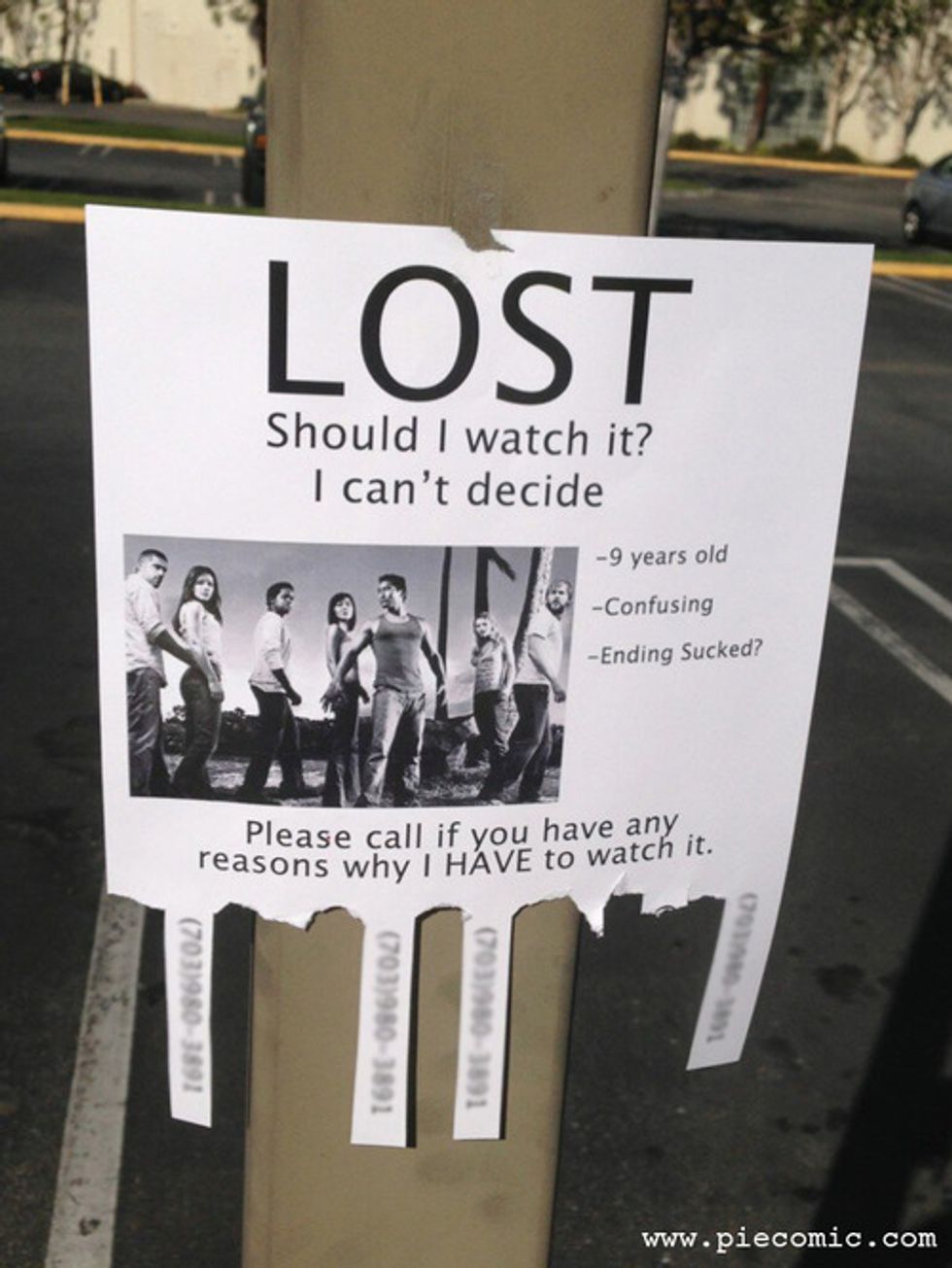 Nah. If you want to get sucked into TV and not leave your house -- or consist on anything beyond Ritz crackers and CostCo trail mix for days -- just watch House of Cards on Netflix. [via Tall Whitney] 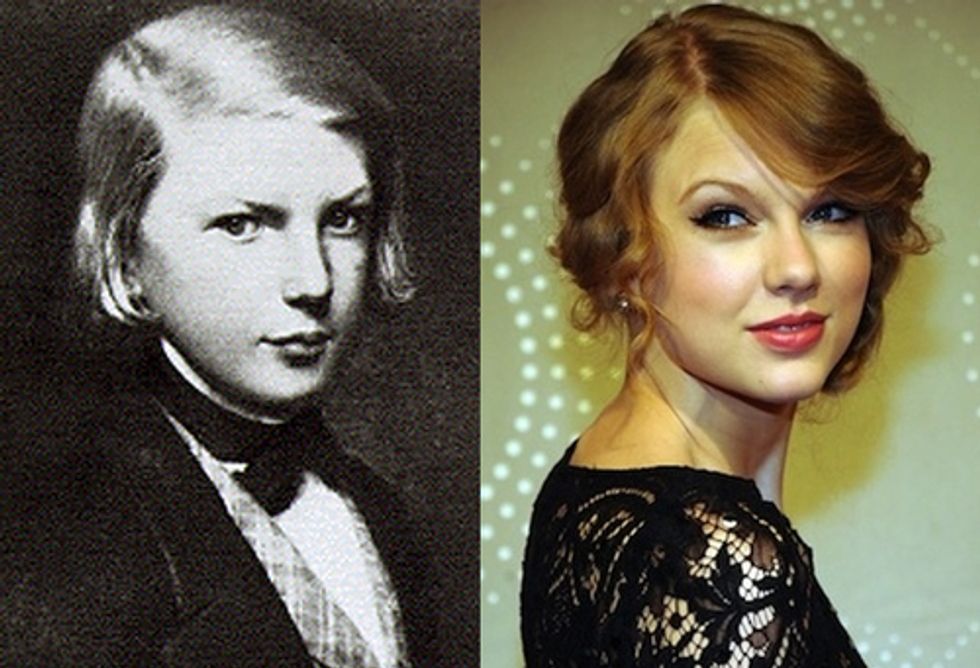 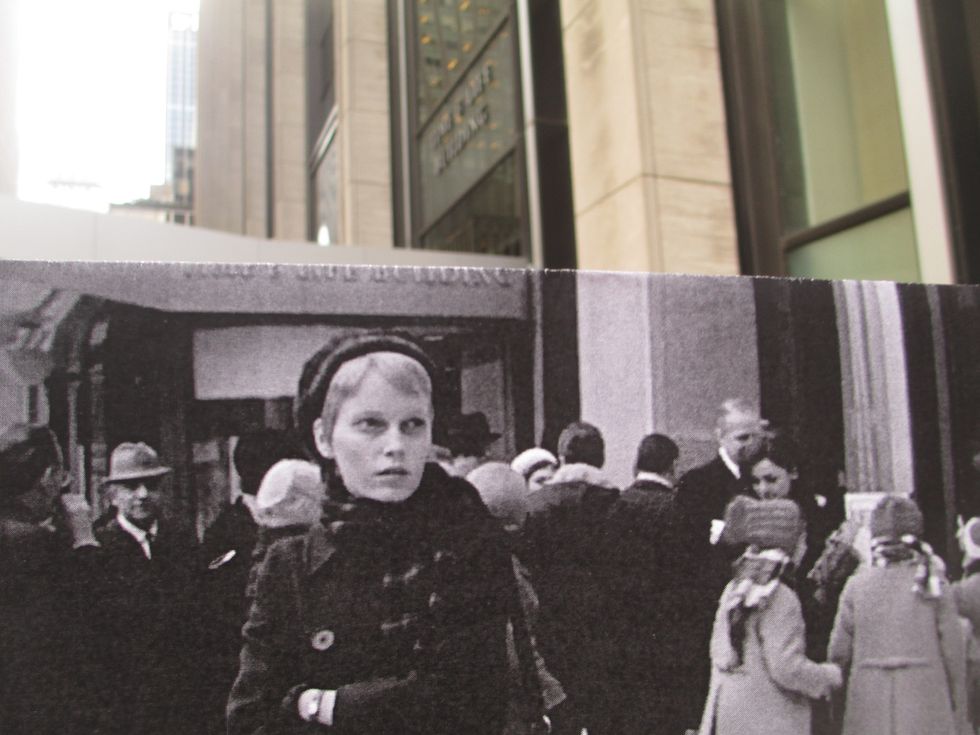 This is awesome: a guy finds the spot where movie scenes were filmed and creates these mash-up photos. [via Philm Fotos] 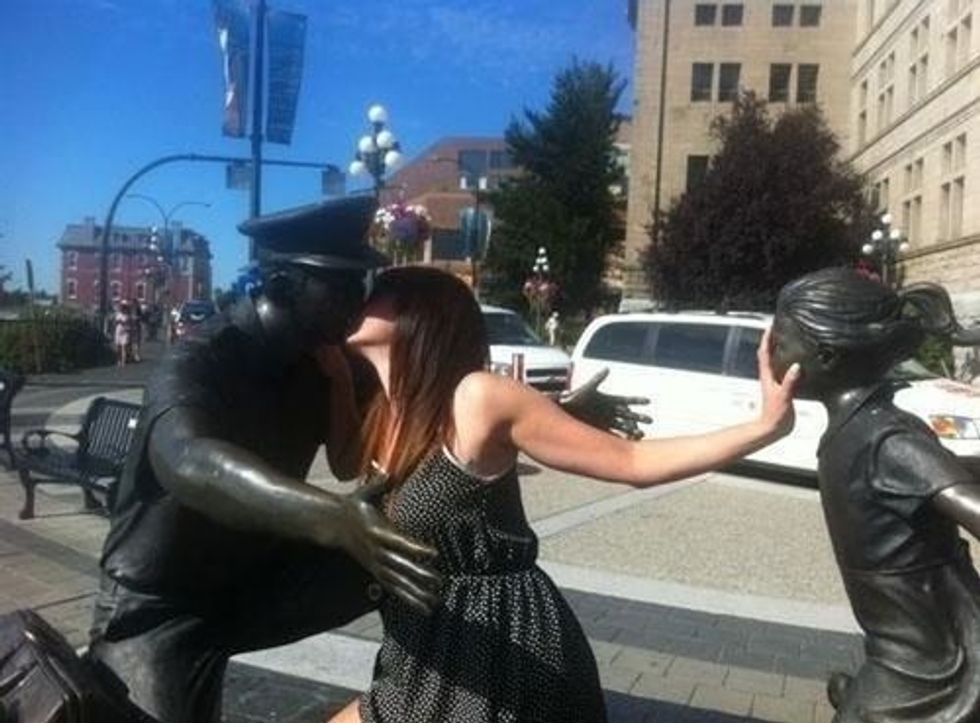 Go away kid, he's mine! [via F Yeah Dementia]

So meta. [via Coin Farts] 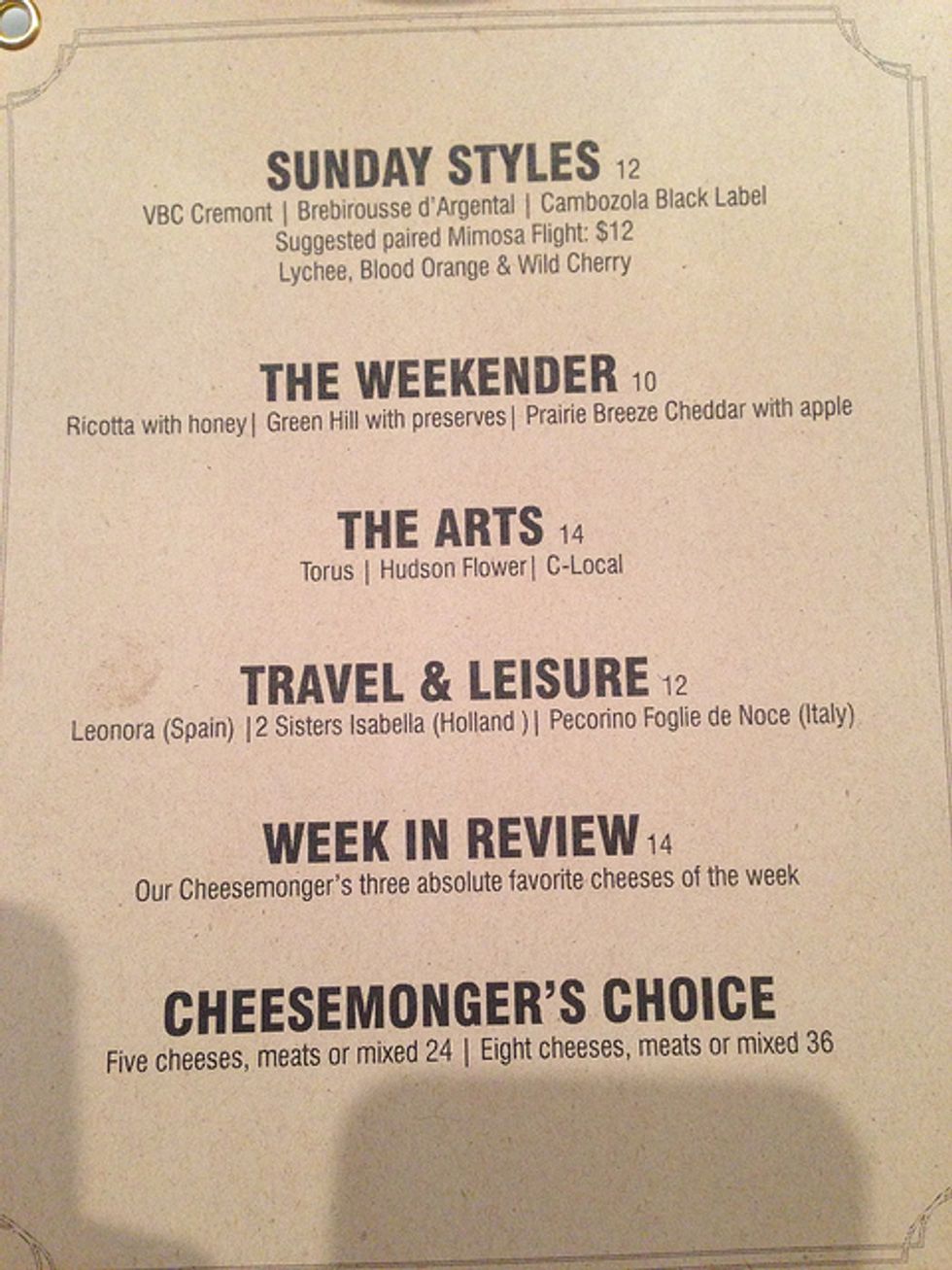 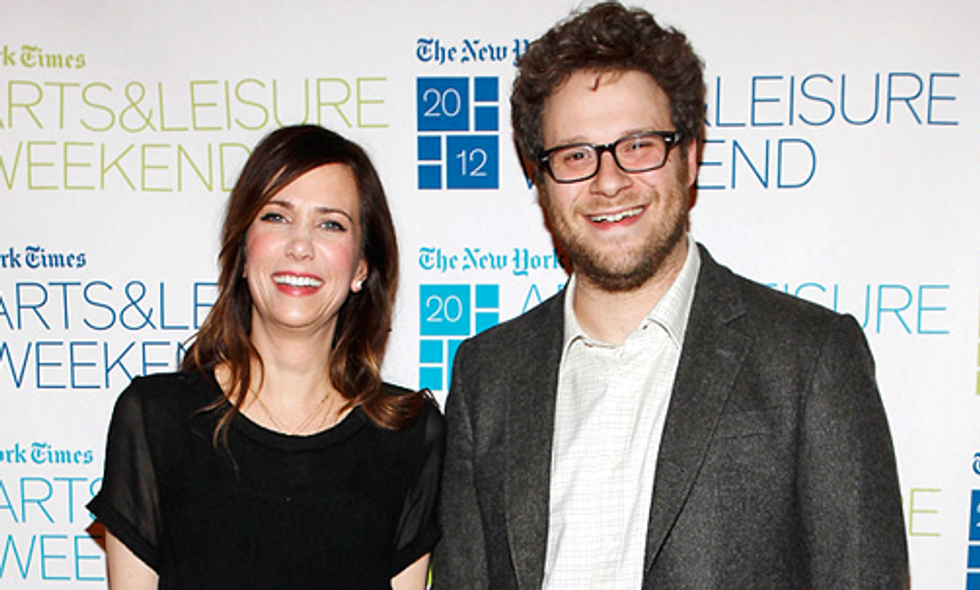 Woo hoo! Kristen Wiig and Seth Rogen are joining the growing list of guest stars on the upcoming reboot of <i>Arrested Development</i> -- a list that already includes Conan O'Brien, Liza Minnelli, Ron Howard, John Slattery and more -- and reportedly Wiig will be playing a young Lucille Bluth. [via <a href="http://insidetv.ew.com/2013/02/20/arrested-development-seth-rogen-kristen-wiig/">EW</a> / <a href="http://www.vulture.com/2013/02/arrested-development-casts-kristen-wiig-as.html">Vulture</a>]<br/></div></div><div><br/></div>