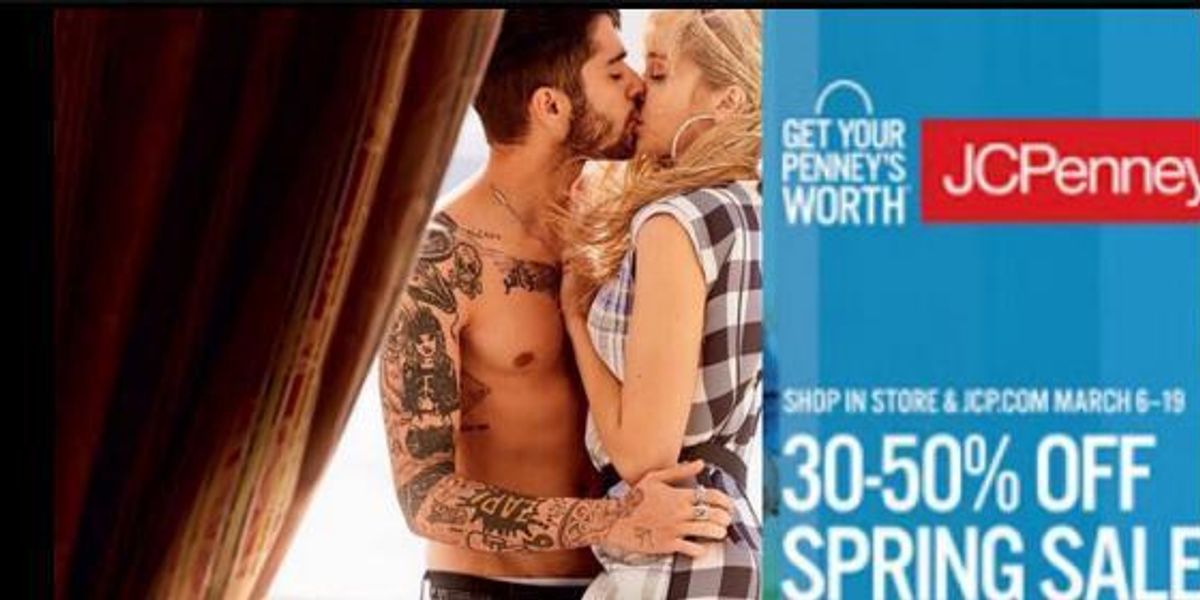 So, by now, you've probably seen those dreamy vacay photos of Hot Couple™ Gigi Hadid and Zayn Malik canoodling in Italy, taken for Vogue by none other than famed fashion photographer Mario Testino.

...it all soon turned into a verifiable arms race re: sticking department store logos over everything -- with every store from Aeropostale to JC Penney being included in the fun.

Who wants to bet that American Eagle will be next?