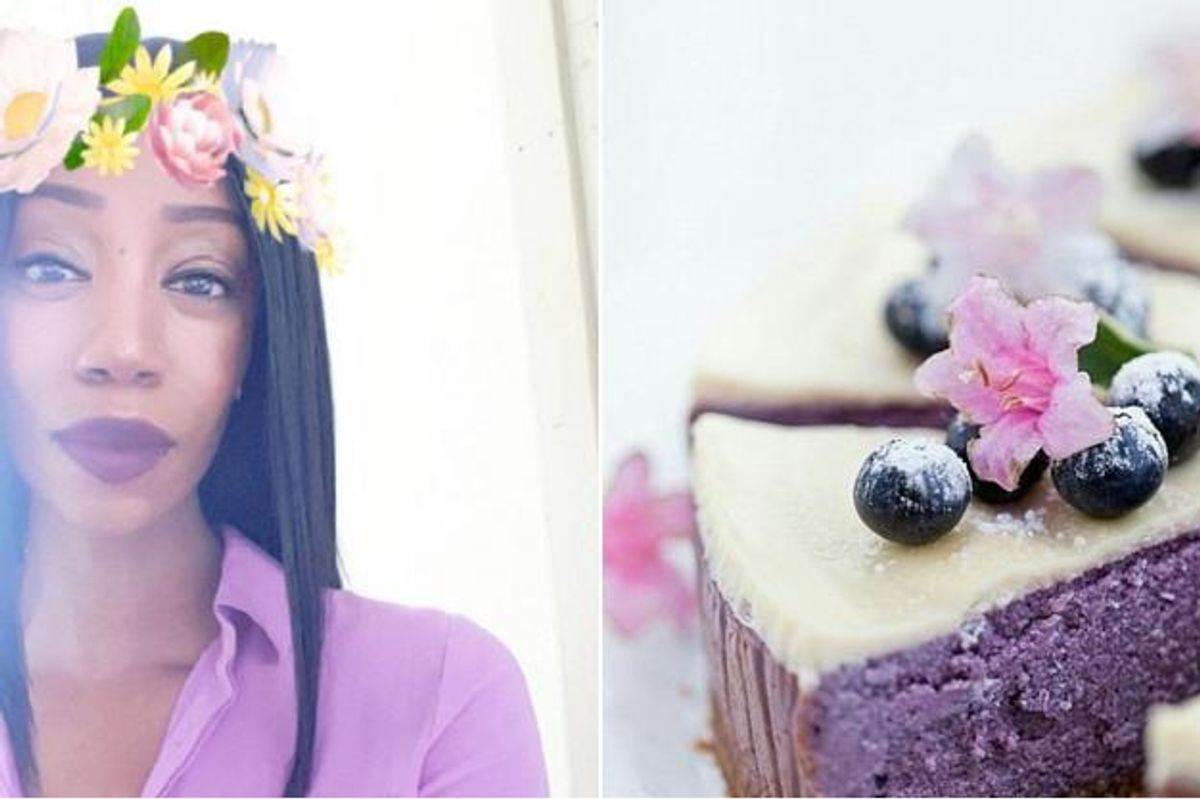 Twitter Users Are Comparing Themselves To Cheesecake To Combat Cyberbullying

The Internet may be cyberbully HQ, but thankfully a few teens have proven that positivity spreads much quicker than douche-y jokes about a girl's outfit -- or at least that seems to be the case in regards to the story behind Twitter's recent #CompareYourselfToACheesecake2016 tag.

Over the weekend, 18-year-old Twitter user Kerione posted a cute photo of herself modeling a garnet-studded prom garm -- a photo that one asshole (aptly dubbed "2 Pump Chump") decided to give offer his unsolicited opinion on by comparing her look to a strawberry cheesecake. A humor technique known to most as "being a fucking bully."

Thankfully, the Twittersphere wouldn't let his weakass joke stand, as 16-year-old Kenna Sharp decided to say something in the best way possible -- by starting a viral hashtag in support of Kerione.

"I've dealt with so much harassment and bullying online," Sharp wrote to Mashable. "I feel so proud that there are so many people coming together to support her. Other girls (and boys, and everyone in between), fat, skinny, tall, short, black, white, everyone is so supportive. I hope more than anything that it will show young people, and even adults to stand up against something that isn't right, and use whatever resources you have to spread a positive message." Can I get a "hnnnnngggg"?

Check out a few more of the qt cheesecakes we've stumbled upon thusfar below!