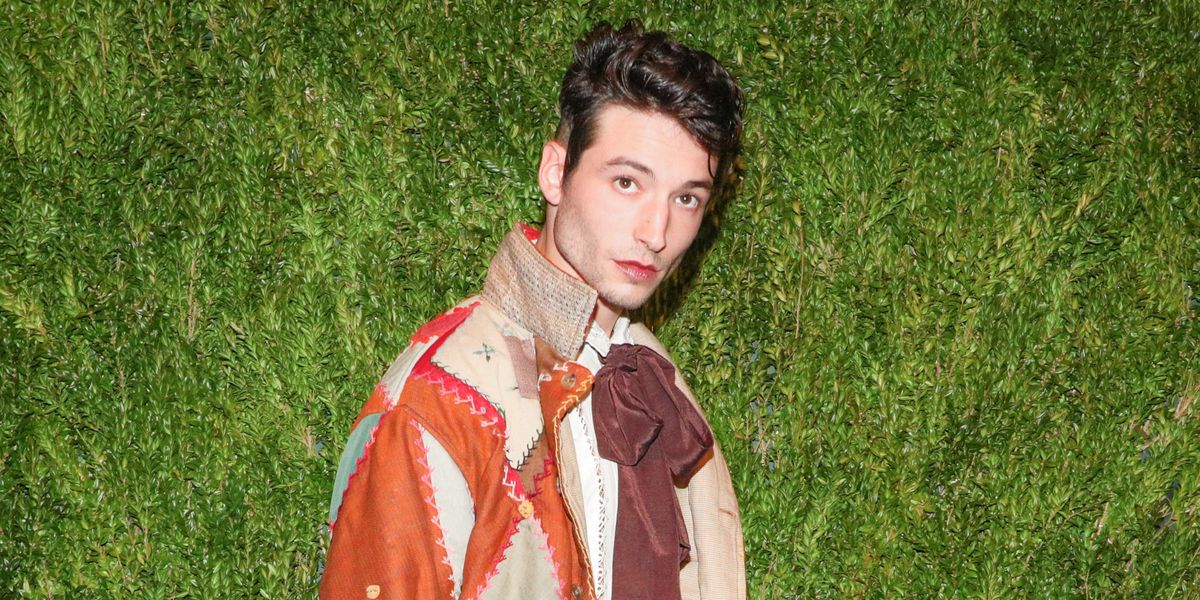 What The Hell Is Ezra Miller? A Twitter Investigation

Ezra Miller's recent glow-up has left few unscathed by his serrated cheekbones and whiplash-inducing ascendance to "queer icon" status. While there's certainly not total consensus about the merits of the polyamorous, gender fluid Potterhead and newly minted Playboy bunny's viral rise to fame, few would deny that we need to talk about Ezra Miller (and then never make that joke again).

As our lord and savior Beyoncé Knowles Carter once said, "You know you that bitch when you 'cause all this conversation."

The peculiar hybrid of Miller's unabashed nerdiness and kinky, avant-garde edge; his pretty looks and sinister vibes; his past as a tortured indie flick wunderkind, and future as a blockbuster, million-making fantasy and sci-fi hero; and his ubiquitous sexual appeal, has sent the Internet up in flames.

The Twitter storm he's ignited, which rages on, sustained by each new cover and red carpet appearance, is mainly a rabid sea of thirst (if you're are interested in the graphic details of what people want to do him, just search his name on the platform).

However, a curious few, skeptical of assertions that Miller was birthed by a human mortal, have launched a brave investigation into the important scientific/sociological question of, "What planet/lab/renaissance painting did this baby alien/science experiment/animate work of art emerge from?!"

Many of the working theories involve Miller sprouting from the imprint of a tender angel kiss or being carved out of marble by god, while others are more original.

The verdict is still out, but we've rounded up the most creative hypotheses about Miller's origin story for your peer review:

I think Ezra Miller was made in a lab to sexually excite women that googled “emo boys kissing” as teenagers
— Mike Abrusci (@Mike Abrusci)1542386675.0