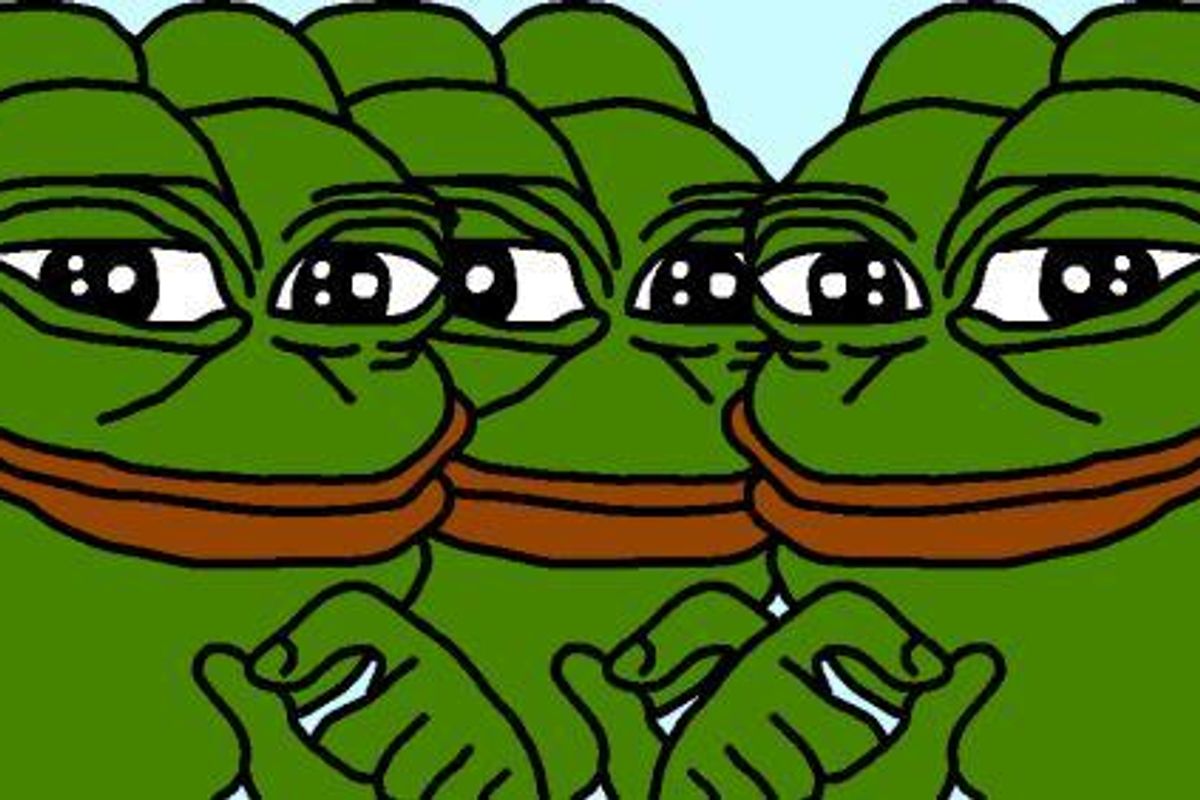 It may be too-little too-late, but Twitter is starting to make good on their promises to tamp down hate speech on their platform. This week they finally announced some major updates to their safety and security policy which empowers their users to mute accounts, keywords and phrases, and report abusive or hateful content regardless of whether or not they are the victim. *Slow claps*

Today, they suspended the accounts of several prominent white nationalist, misogynist, alt-right hobgoblins including Paul Town, Pax Dickinson, Ricky Vaughn, John Rivers, and the verified account of Richard Spencer. Spencer is the president and director of alt-right think tank, the National Policy Institute, an organization "dedicated to the heritage, identity, and future of people of European descent in the United States" Twitter suspended the NPI's account as well for good measure.

In an interview with The Daily Caller, Spencer called Twitter's cleanup "corporate Stalinism," continuing, "Twitter is trying to airbrush the alt right out of existence. They're clearly afraid! They will fail." This July, Twitter permanently suspended the account of Breitbart Troll Supreme Milo Yiannopoulos, after his relentless, racist campaign of abuse against national treasure, Leslie Jones. Twitter said in a statement to USA Today, "The Twitter Rules prohibit targeted abuse and harassment, and we will suspend accounts that violate this policy."