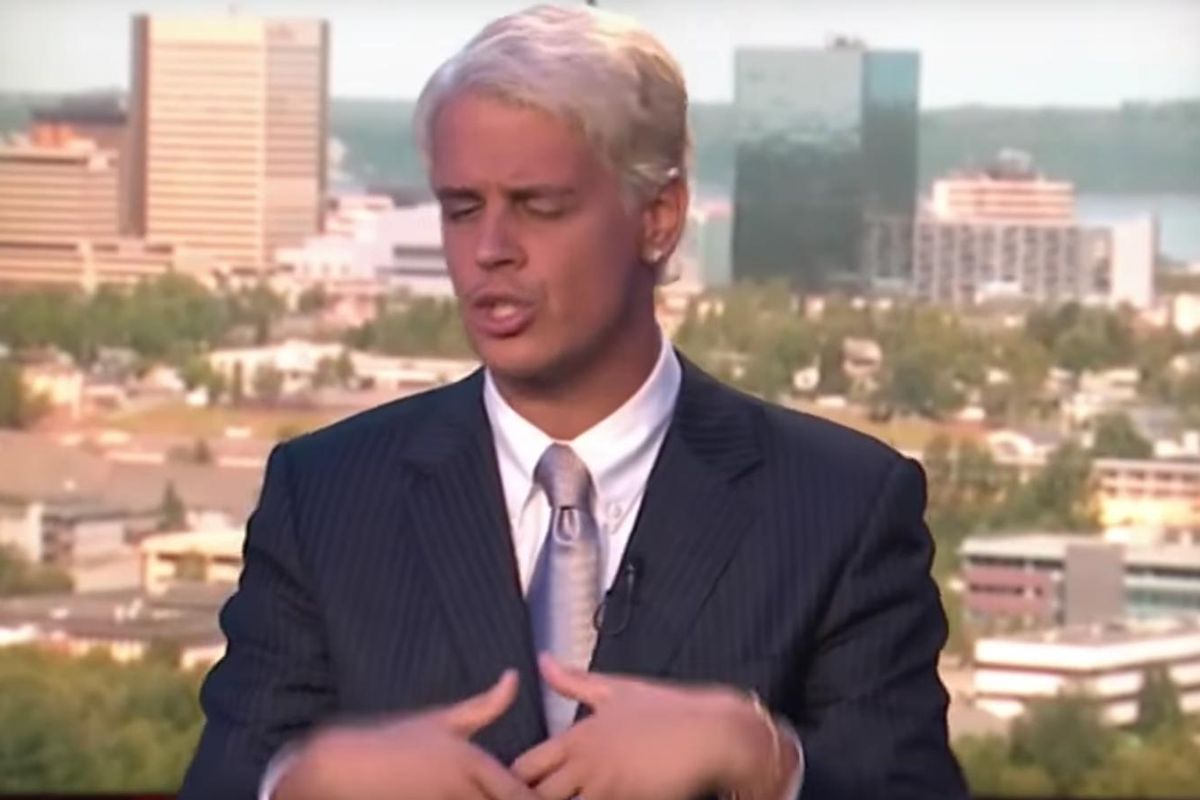 Yiannopoulos, a technology editor at Breitbart who tweeted under the handle @Nero, was "permanently banned" from the platform last night for "unknown" reasons, but it probably has something to do with his spearheading a campaign of racially-charged abuse against Ghostbusters star Leslie Jones earlier this week.

hey @jack, you should #BanNero b/c he knowingly spread false tweets (that he possibly made) to target @Lesdoggg pic.twitter.com/OWReJNGyge
— Colby Klaus (@_lifestyled) July 19, 2016

A large part of Twitter's harassment problem would disappear if @nero was banned from the platform #BanNero https://t.co/ewil3ozHNg
— Graham Linehan (@Glinner) July 19, 2016

Thankfully, the #BanNero tag began circulating soon after and increased pressure was put on Twitter to ensure Yiannopoulos could no longer gleefully fuel his army of egg avatars to attack Jones and other people with vile racist, sexist bullshit. And, incredibly enough, for once, a huge social media platform followed through.

"People should be able to express diverse opinions and beliefs on Twitter. But no one deserves to be subjected to targeted abuse online, and our rules prohibit inciting or engaging in the targeted abuse or harassment of others," a company statement said. However, Twitter has not addressed how they are working on more effective ways to combat abuse on a larger level.

"We know many people believe we have not done enough to curb this type of behavior on Twitter," they continued. "We agree."

Yiannopoulos, for one, only had the following to say, "With the cowardly suspension of my account, Twitter has confirmed itself as a safe space for Muslim terrorists and Black Lives Matter extremists, but a no-go zone for conservatives."

"Twitter is holding me responsible for the actions of fans and trolls using the special pretzel logic of the left." he continued. "Anyone who cares about free speech has been sent a clear message: you're not welcome on Twitter."

"Free speech" is a cute euphemism for "maliciously hateful," after all. Whose special pretzel logic's at play now?

Either way, boy bye. Thanks for following through, Jack.