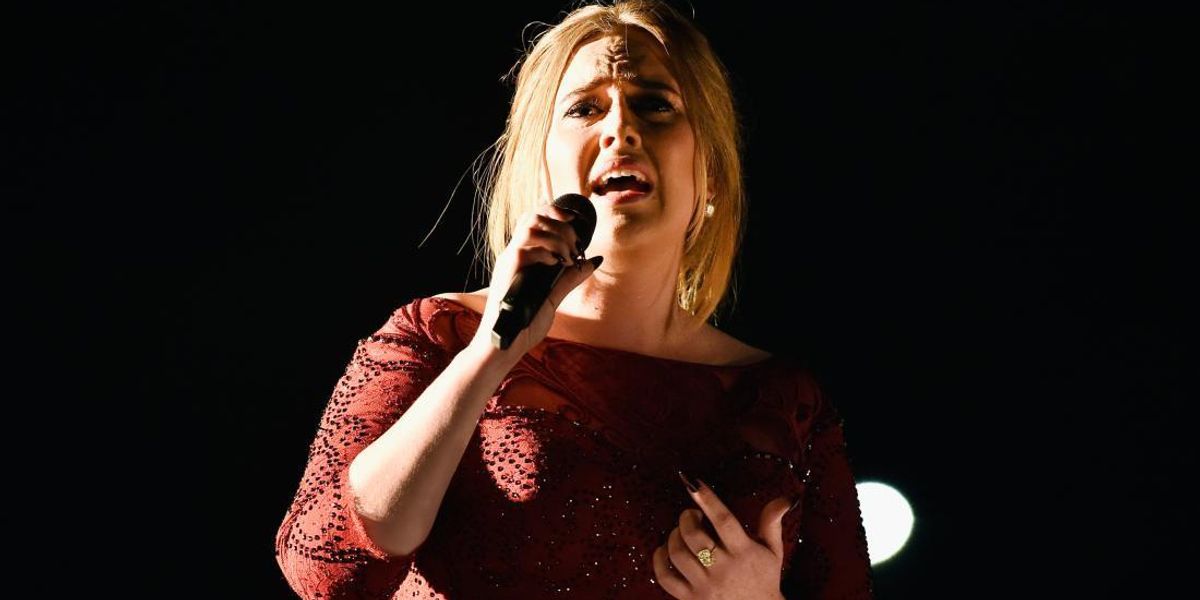 Apparently during last night's Grammy Award ceremony, Adele's notably perfect pitch was a tad off during her performance of "All I Ask" thanks to a glitch on the Grammys' soundboard -- and Twitter was not pleased, as evidenced by a ton of angry tweetstorms and a really nice #SomeonesGettingFired tag.

How dare the #GRAMMYs fuck up the sound during Adele's performance.
— Jarett Wieselman (@JarettSays) February 16, 2016

Sound guy at #GRAMMYs needs to leave the country after debacles with Bieber and Adele. Folks, if you can't hear, you can't sing in tune.
— Gregory Thornbury (@greg_thornbury) February 16, 2016

Granted, maybe we can just all blame it on Bieber?