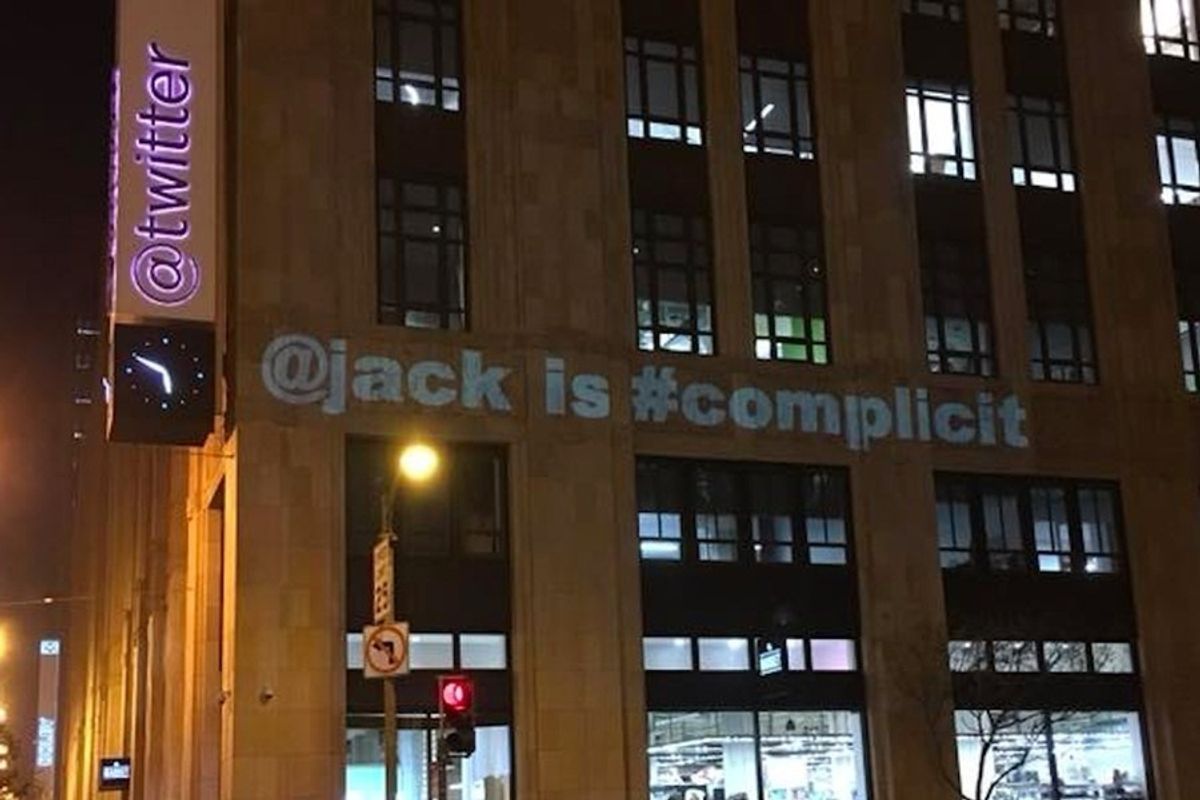 Protesters Say Twitter is 'Complicit' With Projection on Headquarters

It didn't take long after Donald Trump's threat to wage war on North Korea on Twitter for San Francisco to unite against the platform, projecting "@jack is #complicit" to publicly condemn CEO Jack Dorsey.

The protestors, who call themselves Resistance SF, say Dorsey should ban Trump's account or resign, given the president's tendency to denigrate international relations and fuel tensions abroad. It's Trump's "latest nuclear pissing contest," that has the group particularly riled up, writing on their Facebook page that Trump is in violation of Twitter's rules.

"@Jack is #complicit," Resistance SF claimed in a statement. "He endangers the world and allows Trump to break his company's own terms of service to do it. As long as he is CEO of Twitter and Square, they cannot be considered moral tech companies, and the board of directors of both should do the right thing and insist that either Trump or Jack must go. Jack Dorsey brought 280 characters to Twitter, but what Twitter needs is a CEO with more character."

In 2017, Dorsey was forced to defend the platform's move to leave Trump's account enabled because the president's unfiltered thoughts proved newsworthy.

"I believe it's really important to have these conversations out in the open, rather than have them behind closed doors," he said. So if we're all to suddenly take these platforms away, where does it go?"

Also, you'll never guess what Dictionary.com's word of the year is.

Feel Like a Domestic King in CDLP's New Homewear Line